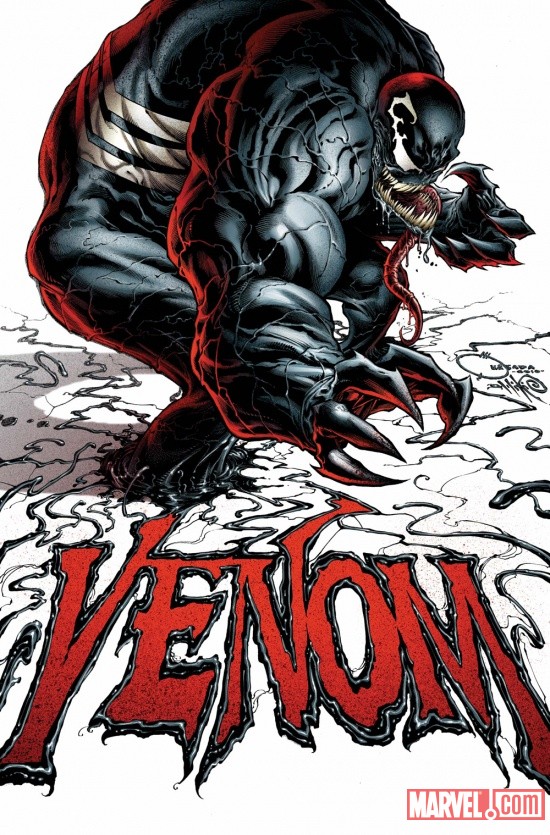 Welcome to Project Rebirth 2.0, which can also be popularly referred to as “let’s put Venom on a leash because that plan sounds fool proof.” If you missed the news, there is a new Venom in town, and his host is the infamous bully of Peter Parker’s younger years. The plot thickens ladies and gents. Here for your digestion (please don’t eat your computers) is a review of the latest installment in the carousel saga that is the Venom host merry-go-round.

A former high school bully turned war-time hero, Flash Thompson has believed always in the heart of heroism. With Spider-Man as his inspiration, he enlisted in the U.S. army and fought in the Middle East. While there he lost his legs while saving his commanding officer. Still wishing to serve his country, Thompson volunteered for Project Rebirth 2.0, a government initiative that will restore Thompson’s ability to walk, but at a cost. Now bonded to the alien symbiote that once called the bodies of Peter Parker, Eddie Brock and Mac Gargan home, Thompson has a new lease on life. The question is, how long before this war-hero is poisoned? For better or worse, Flash Thompson is now Venom. 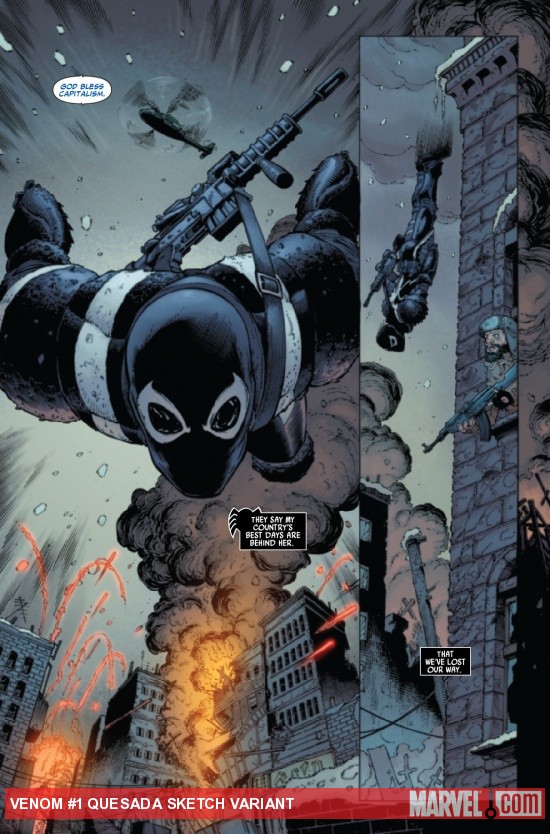 In a small village in Eastern Europe, an army of U.N. peacemakers armed with the Iron Man technology attempt to ward off the attacks of Jack O’Lantern and his benefactor. As conditions worsen, Flash Thompson arrives on the scene, jumping from a helicopter directly to the ground, plucking a combatant from a window as he nears the ground. Venom immediately goes to work, saving civilians and neutralizing enemy combatants. Using the capabilities of the symbiote to full effect, Venom quickly subdues them amidst a hail of gunfire. While attempting to save a woman and her young son though, Jack 0’Lantern intervenes while Venom swings them to safety, causing them to fall to the ground. Jack and Venom fight back and forth until Venom webs a grenade into Jack’s pumpkin, chasing him off after it explodes. In the aftermath, Agent Venom is taken back to a government facility where the symbiote is removed from Flash and he’s released back to his civilian life.

I suppose foremost we have to talk about the new Venom costume. It’s definitely a departure from the Eddie Brock and Mac Gargan versions, resembling the original black Spider-Man costume. This version is reminiscent of a military black-ops uniform complete with weapons holsters.  It’s an interesting twist to this classic character that varies depending on the level of anger Flash is 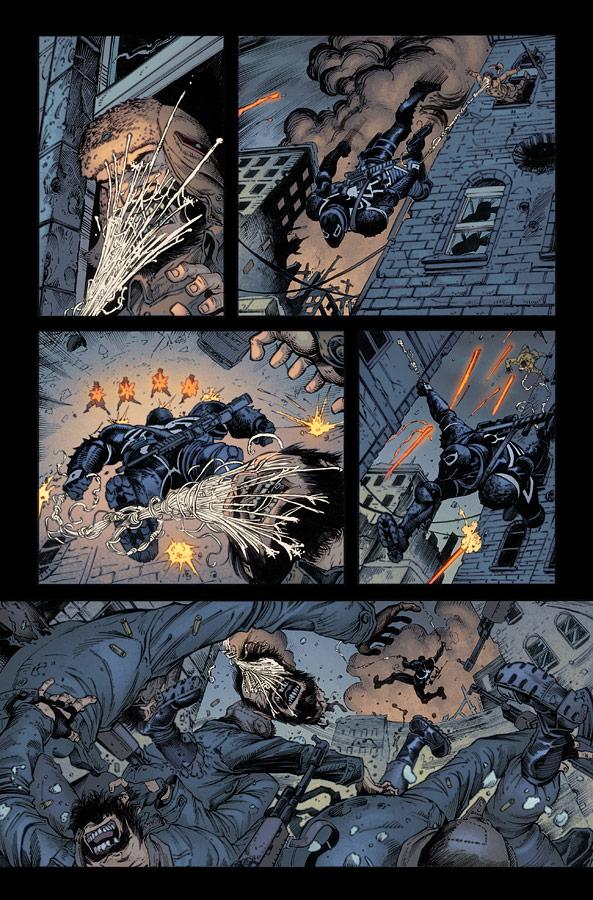 experiencing and the level of self-control he has while wearing the symbiote. The differentiation is effectively done, as the entire art team comes together to bring this version to life.

The rest of the artwork is very dark and rugged, properly toned considering the location of the conflict. The entire environment is nicely put together, capturing every detail from Venom’s jump from the helicopter, to his run through the streets to save the townspeople from Jack O’ Lantern.

They also manage to use the symbiote powers quite creatively too, grabbing an insurgent from a window or grabbing guns from the hands of soldiers as Venom runs by them while concentrating on another directly in front of him. It’s dissimilar from the usual ways the Venom character is used, but an interesting use of his powers nonetheless.

Having few expectations coming into this issue, it was surprisingly good. This is an interesting take on the Venom character, which for as long as it lasts is going to be an interesting dichotomy in man’s ability to fight against and overcome the venom of his own anger and rage. The struggle the Thompson character will endure throughout this series will attest to that, and when he finally loses control of the symbiote, the Venom portion of the character will effectively function as a metaphor to Thompson’s own inner demons as hinted at the end of the issue. It’s foregone that the government will lose control of Thompson while wearing the symbiote. This series is a train wreck waiting to happen, and when it does go off the rails it’ll be a hilarious critique of governments attempting to control the nature of humankind. 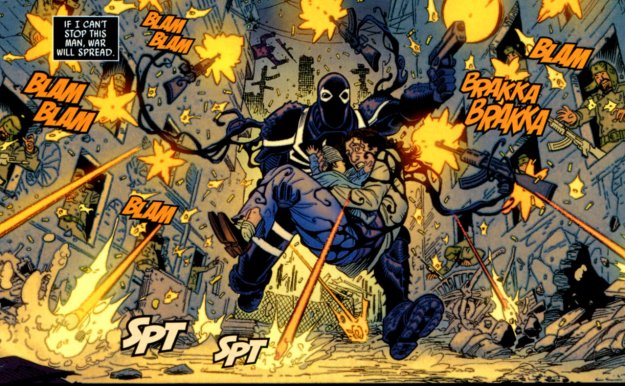 I would recommend the series. It was a very accessible read: all that’s needed to prime new readers is in the first page of the book that outlines Flash Thompson’s character in contrast to a character profile on the symbiote itself.  As long as you have a working understanding of the Venom symbiote, you’ll be fine. From there we jump right into the action and the pace doesn’t slow down.  It’s a non-stop action packed issue that’s creatively executed and offers a good foundation for future storylines. I can’t recall randomly grabbing an issue from the stands and being as pleased with the end result.