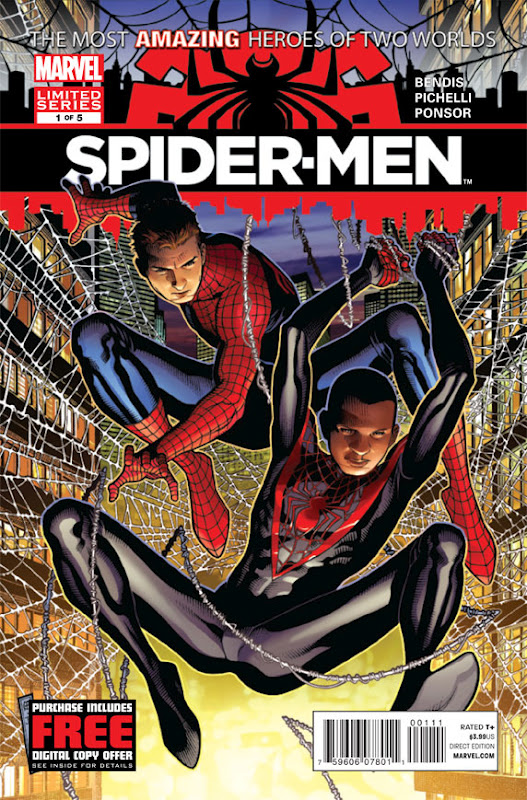 You can say whatever you want about Brian Michael Bendis, some fans love him, some hate him, but he has done a great job as the Ultimate Spider-Man scribe over the past 10 years. He also has been pretty familiar with the regular Marvel Universe version of the hero, having written him for several years as an Avenger. Bringing the two heroes together makes for a excellent idea to celebrate the 50th anniversary of everyone’s friendly neighbourhood arachnid. I was excited when this 5 issue mini-series was announced and I am still optimistic about the story, but after reading the first issue I was left wanting much more.

The story sets up the two heroes meeting and begins with regular Marvel Spidey stopping some criminals and then getting accosted by police who want to arrest him. This seems out of place for a Spider-Man story in 2012. The character has come a long way and having police still mistrusting him when he is a card-carrying member of the Avengers seems illogical. Regular Marvel Spidey then has a tussle with Mysterio (Ultimate version), gets zapped into the Ultimate Universe and stops another robbery. And meets Ultimate Spider-Man Miles Morales on the last page. I would feel bad about spoiling something for you but really that is all that happened in the issue.

I’m pretty sure that anyone who read about this comic book in the Previews could have told me that Peter Parker would somehow get zapped into another universe and meet Miles Morales. This entire story could have been told in 8 pages and just screams that Marvel decided to take a 4 issue idea and make Bendis and Pichelli stretch it out to a nice 5 issue trade paperback length.

The pencils from Sara Pichelli are gorgeous and if she isn’t one of your favourite Spidey artists already she will be after this issue. The detail (check out Spider-Man’s eye holes), the panel layout, and inking are all fantastic and exactly what we expect from a blockbuster book. The colours by Justin Ponsor are dynamic and the scenes with Mysterio are a treat. I don’t usually notice colouring (it is either good or it isn’t), but for this book it really stands out. 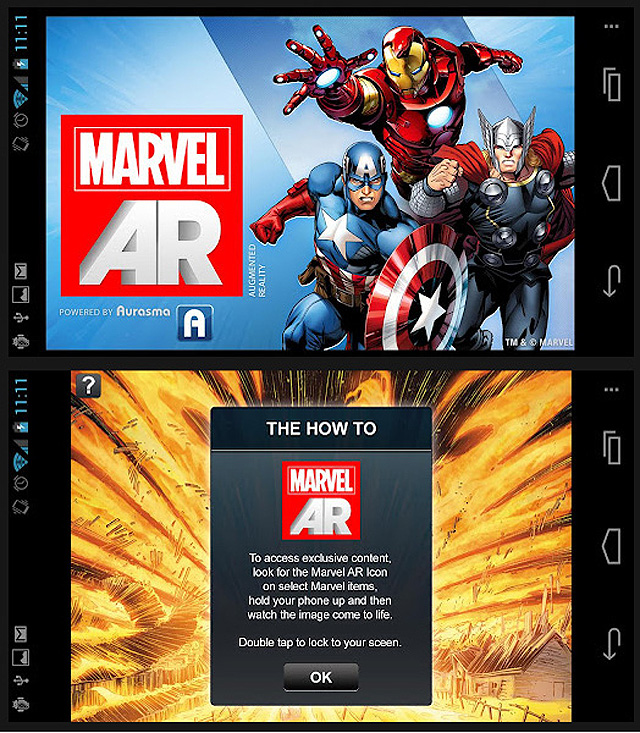 Another interesting addition to the book is the compatibility with the Marvel AR app. This app lets you look at a panel of the comic with your Apple iOS or Android device and get commentary or see the creative process unfold. The first splash page has a nice commentary by Bendis and I see this feature having enormous potential. It is akin to having a DVD commentary for your comic book and I hope that we see this more in the future. I really can’t convey how impressed I was with Marvel AR and you should all try it out.

The book costs $3.99 but also comes with a free code to download a digital copy of the issue. Spidey fans will pick this up but I find it hard to recommend it in and of itself because I think that Marvel should not try to get an extra issue out of stories that don’t require it. Minor quibbles aside, the only negative I really have with the book is that I wanted more to happen.

All that being said, you can’t not buy the first issue in a mini-series, right? For me issue #2 will be the real test, but with such a strong creative team I expect this series will become a must read once it is collected together, which was probably the idea all along.