You need to make your decision based on the Second issue, because it will give you a better idea what the series will be like, issue-in, issue-out. 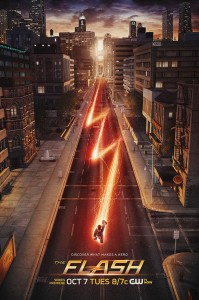 You have a lot of demands on the ‘ole DVR. You can’t record everything, and let’s be honest, you end up deleting two-thirds of what you did record without watching it. And with all the new Fall shows you want to try out, it’s tough.

It makes total sense, you coming to me for my recommendation on the second episode of the new CW series, “The Flash”. This time, we’re not talking about a pull list, we’re talking about your DVR queue.

Because it is done with pride.

…Sadie in Oshkosh, Wisconsin: “Have you forgotten Lynda Carter in ‘Wonder Woman’? You suck!”

…William in Daytona Beach, Florida: “ I have based my entire personal philosophy on the remarkable CBS television series “Amazing Spider-Man’ starring the breath-taking Nicholas Hammond”

Those were all fine. You could even make the argument that they were culturally important. But a true comic book super-hero presentation? I don’t think so. ‘Batman’ was a camp pastiche. ‘Wonder Woman’ was an adventure show with star-spangled satin shorts.  ‘Amazing Spider-Man’ was a cop show crossed with ‘Lou Grant’.

I think it’s because the people who produced those shows, were embarrassed by the genre. They didn’t want to do comic book super-heroes. The heroes were grafted onto typical action TV plots, with a costumed hero.

‘Smallville’ started taking a few baby steps. Super powers. Light on the whole costumes thing, but you want to talk about DC continuity? They had it in spades.

Even ‘Arrow’ backed into the comic book thing. And rightly so. You see, for decades, if the mainstream media dropped the term “comic book”, it was a dismissal, demeaning, and usually followed with a graphic of “Biff!”, “Pow!”, or “Zowie!”

You can’t blame the producers of ‘Arrow’ for eeeeeaaasing into the comic book world. They were brilliant about it. Not a lot of costumes. No super-powers. Subtle continuity inserts; A Bronze Tiger here, a Suicide Squad there. They got people invested in the characters before fully stepping into the DC Universe. And it worked.

IMHO, ‘The Flash’ is the most comic book super hero TV series to date. 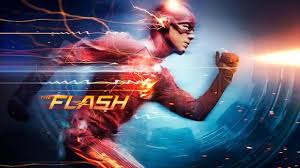 Because, they are not ashamed.

Not ashamed of comic book super heroes. They aren’t backing off, they are running full speed into a loving embrace…sorta like the Flash himself.

All the classic comic book elements are there: Powers from a lab accidents, super villains, great costumes, terrific special effects, secret identities, all melded with interesting, flawed characters, relationships you can identify with, and good dialogue.

And unlike ‘Gotham’, they don’t hit you over the head with the Easter Eggs. So far, we’ve seen an appearance by Simon Stagg, a fleeting Firestorm reference (Did you catch that one?), and evidence of Gorilla Grodd. 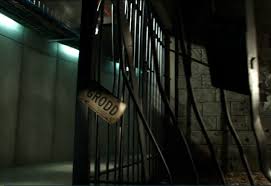 I can feel Geoff Johns all over this.  He comes from the genre. He loves it. He is not ashamed. More importantly, he’s smart. Johns understands that the very elements that have made comic books so popular in print, can make fun-to-watch television. 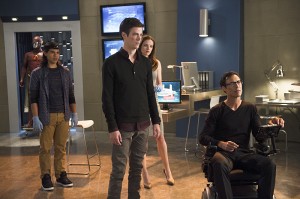 The casting is also brilliant. Grant Gustin has the personality and charm to pull off wearing the costume and mask plus deliver dialogue that would feel corny coming from a an actor with the slightest drop of cynicism. Jesse L. Martin is perfect as Barry’s cop/father figure.  And what’s up with ED? Tom Cavanaugh plays a great good guy who might be a bad guy but might not be. (Let’s hope he can pull a few strings and we will get to see his snacking buddy Michael Ian Black as the Trickster).

But my favorite bit of casting is John Wesley Shipp as Barry’s father. 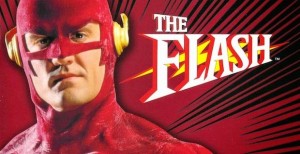 Shipp was the best thing about the 1990 Flash TV series. But casting him in the new series is proof of what I was talking about before: A respect for the story, for the character. Shipp is a terrific actor. He was not shoehorned into this show just to give fans a giggle.

The second episode should really be viewed with the first as a completion of the Flash origin. This episode does a wonderful job of setting up the dynamics, establishing the through-line of the plot, and generating two or three cracker jack mysteries that we the viewers are going to have to solve along with the characters.

Look, guys, this ain’t ‘The Sopranos’, it’s not ‘Downton Abbey’…but it doesn’t try to be..doesn’t want to be. It wants to be a fun comic book super hero TV show that stands on the mountain top and proudly shouts:

I give this one four racks of ribs