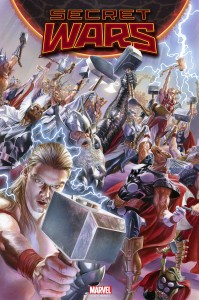 We did a little remodelling here at Archie’s, just like those shows on HGTV. Hope you like it. Some new furnishings, a little art hanging on the walls. They even gave me a make-over, but one thing that didn’t change was the Seeburg 200’s at each and every booth.

If you pop a quarter in that slot there, you get three plays, and since you asked me for my recommendation on ‘Secret Wars #2’, you should probably punch the buttons for E-5.

What it is ain’t exactly clear..” 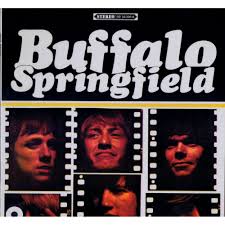 E-5 is “For What It’s Worth” by Rock and Roll Hall of Famers Buffalo Springfield. It ran through my head on a constant loop when I was checking out SW#2, especially those two lines.

It’s one thing to say you are important. It’s another to actually be important.

Secret Wars feels important. Convergence does not. Maybe for landfill, but even then…

It’s a question of control. Marvel has a plan. In culinary terms, Marvel appears to be crafting a five-star meal with a lobster caviar frittata, foie de veau and canard l’orange, a meal that takes time to craft and a deft touch to prepare perfectly. Most of Convergence appears to be Spam and Dr. Pepper tossed into a blender with whatever else was within arm’s reach on the first shelf of the fridge. 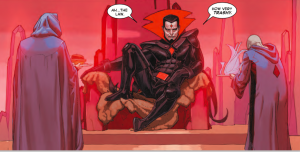 So, in Secret Wars #2, it’s not exactly clear what is happenin’ here but you trust Jonathan Hickman’s writing. I may not have always loved everything he has written, but I have always trusted him. And in SW#2 his strengths are fully on display: huge, cosmic issues perfectly counter-balanced against distinct, believable characterizations, with a fulcrum of compelling, fascinating dialogue. 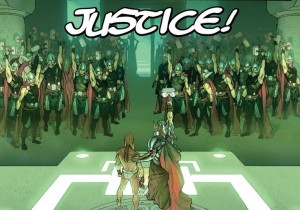 You also trust the art by Esad Ribic –whose name, I am positive, is an anagram of something (The best I have come up with is “A Side Crib”, which only makes sense if you have newborn twins.). His style reflects the importance of the material. Combined with Ive Svorcina’s colors and you have a book that is gorgeous to look at, and explodes with vitality. And this is a case where the interior art is similar in feel to the cover by Alex Ross, so it’s justified, as opposed to some books where you open a Ross cover and the interior art is more like a Bazooka Joe comic.

So who would get my free dessert where SW#2 is concerned? In this case I am gonna have to serve it up with two spoons, because Editors Tom Brevoort and Wil Moss get the kudos from me. The right writer, the right artists, the right cover, the right attitude. Everything works together in this book. It feels like it is going to earn whatever impact it has. It is terrific story-telling. Important story-telling.

Oh what the hell, I better make it four spoons, because you know Axel Alonso (Editor-In-Chief) and Joe Quesada (Chief Creative Officer) had to have been heavily involved with this project for it to have worked this perfectly.

The Twitterverse and Blogosphere have erupted with a cornucopia of Grassy Knoll-type conspiracy theories dealing with the similarities in theme and timing of Secret Wars and Convergence. I saw one guy posit that the Marvel staff and DC staff made a bet over who could do a better ‘Multiverse Implosion’ Event with the losers paying for dinner. As of right now, if you’re having those meals in Archie’s…

…I’m taking the bill to the DC side of the table.