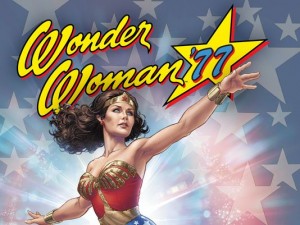 Here is our Dessert Menu, our Wine List, and on the board here are our Digital Specials.

“Wonder Woman ‘77”? Good choice. DC has seen great success with it’s digital comic “Batman ‘66”, set in the universe of the Batman television show starring Adam West and Burt Ward.  Why not do the same thing, based on the beloved Wonder Woman television series that ran from 1975-to-1977?

Everybody loved “Wonder Woman” on ABC, but here’s the thing, if we’re being honest…

As my brilliant colleague Doc Curmudgeon pointed out in his illuminating column last week (What a genius he is), the TV/Movie landscape was pretty much a barren wasteland during the PTBB era (Pre-Tim Burton Batman). “Wonder Woman” definitely lived down to those standards. The show was made by people who didn’t ‘get’ comics. 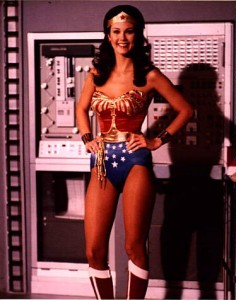 Every week, Diana Prince and her platonic boy-toy Steve Trevor, would suss out some bad guys. Diana would (spoiler alert!) turn into Wonder Woman, bust up the baddies, usually saving Steve’s sorry ass in the process. Imagine the “Six-Million Dollar Man” without a Y chromosome. 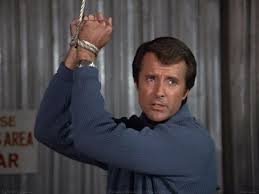 Females loved it because it flipped the dynamic: It was a woman bringing the ruckus, and the man was the dude-sel in distress.

But as for me and my gender, we came to the television set for the ‘Spin and Sprint’. The “Spin” was the move where Diana would start twirling around, glasses vanishing, hair falling down from its matronly bun into an ebony cascade spilling over her shoulders, her sensible pants suit would disappear and Wonder Woman’s star-spangled swimsuit would appear. 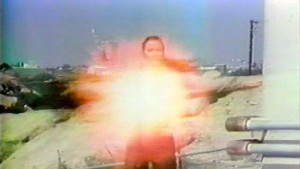 Guys knew, according to the immutable laws of Physics, somewhere during that whirling costume change there had to me a moment when she was nude. But slo-mo technology in that day and age was rudimentary at best and we couldn’t catch it. But just knowing it was there was enough for us.

Then came the “Sprint”. The spinning would stop and the perfectly gorgeous (gorgeously perfect?) Lynda Carter would take off, running headlong into whatever life-threatening danger was endangering Stupid Steve. 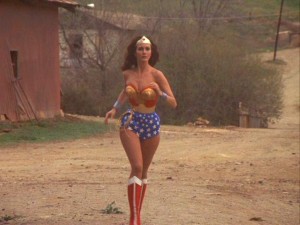 Carter was terrific as Wonder Woman. She was really the best thing about the show. She didn’t overplay it. She was believable and funny and she treated the material with a lot more respect than it deserved. But as good an actress as she was in this part, she was an even better runner. You think Pamela Anderson invented running on “Baywatch”? Then check out any episode of ‘Wonder Woman’.

While you are in Checkout Mode, check out DC Digital’s “Wonder Woman ‘77”.

I was pre-law (or was it pre-med?) but i know nothing about licensing. I would assume DC’s lawyers crossed their T’s and dotted their I’s so Wonder Woman in WW’77 looks exactly like Lynda Carter. Steve Trevor looks exactly like Lyle Waggoner (yes, the Carol Burnett guy), and if Wonder Girl shows up in WW’77, she will probably look exactly like Debra Winger. (Oh I can hear your fevered footfalls as you make a beeline for the Wiki of your choice).

WW’77 #2, is set in a disco. There’s a mirror ball, six-inch platform shoes (and that’s on the guys), and Steve has his shirt unbuttoned to the navel.

Writer Marc Andreyko was seven years old in 1977; I was considerably older and spent a lot of time in discos back in those crazy days. I never saw any second-graders, and I never saw any guys with their shirts completely unbuttoned, unless they had just dumped some party powder in their copious chest hair. 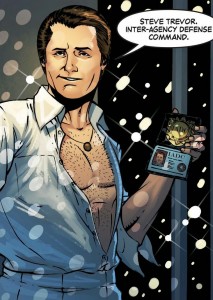 Despite that one sartorial quibble, I am recommending “Wonder Woman ‘77” because it is what it is. It’s a throwback. Just in case you didn’t pick up on the subtle hint of the year in the title.

Andreyko has a distinctive style, but here he fully embraces the fun. No front page used to summarize the arcane plotlines of the last six issues. No brooding heroes striving to bring their obnoxious offspring back from hell. It’s just a fast-moving fight in a disco. And if you can’t dig that, brother, you are a total drag. (Yes, we really did talk like that) 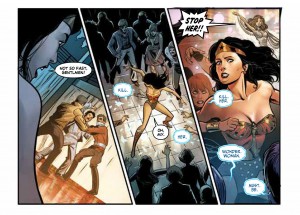 Drew Johnson and Matt Haley handled the art and it’s, well, Perfect for this book. (But it’s not technically a ‘book’ if it’s digital, right?) It has a realistic style, thus reinforcing the ties to the TV show. But they are not bound by the restriction of television production, let alone television production in the 1970’s. They use angles and shots you could only do in comics and the digital format lets it jump off the page…screen..whatever.

Lynda Carter/Wonder Woman in all her glory. Wonderful writing. Terrific art. All for under a buck? Thank you sir, may I have another.