Heritage wrapped up Sunday Internet Comics Auction #121530 a few days ago and some unusual items came and sold at record prices. Heritage runs this weekly auction and averages 100 pieces of original artwork and seems to dole out collections one at a time, most notably one page of Jaime Hernandez’ Love & Rockets.

There are a significant amount of newspaper strips offered every week, and bargains can be had for regular watchers. 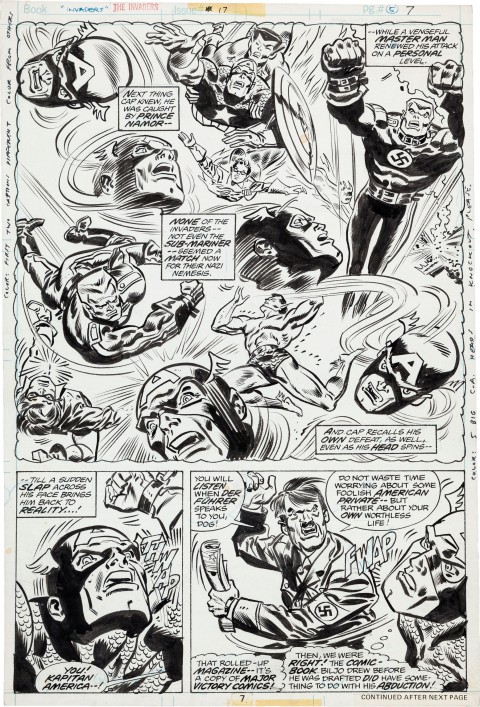 Advantage Buyer. Internal Invaders pages are rare and this is a great page with Hitler giving Captain America a swat. Robbins’ art runs the gamut of price but this is a visually striking layout and really shines.

Advantage Buyer. Another great Salinas strip with exceptional detail. This is on the very low end of Cisco Kid dailies and a real steal. 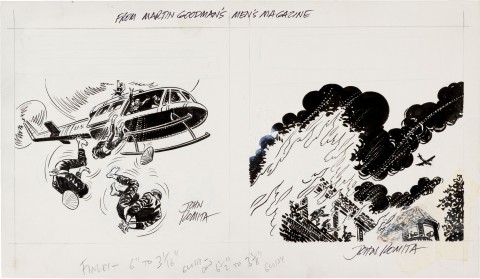 Advantage Buyer. It’s John Romita for $239. Does more need to be said? Yes it’s a magazine illustration and a bit dark, but a nice introductory Romita piece for fans.

Advantage Buyer. A very clean and detailed strip from the first year of On Stage. It exudes talent and is a fine example of Starr’s ability. A little on the high side of pricing but there’s nowhere to go but up.

Advantage Buyer. Raymond Rip Kirby strips run the gamut of price and doesn’t seem to follow any pattern: they vary from $200 to $2200 and up. Fans appreciate the later years and this is a fine example of what Raymond was capable of.