You and me. We’ve been through a lot, Doc. We haven’t always seen eye to eye on everything. It ain’t always been “Rebecca of Sunnybrook Farm”. More like “Donovan’s Reef” with Lee Marvin and the Duke. But I respect your opinion. That’s why I am reaching out to you. I am coming up on my last Wolverine movie ever. I want to know what you want to see in it.

Our friendship has been turbulent, I will agree. There have been tough times. There have been good times. And their have been bizarre times (I still think you’re the one who set me up with those “Siamese Triplets”). But we have always been honest with each other so I will let you have it with both barrels, because I would like to see you go out with a blue flame…

What You Need To Do In The Last Wolverine Movie– 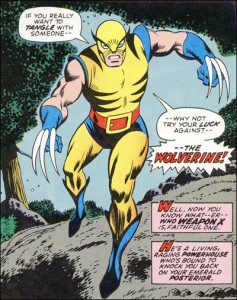 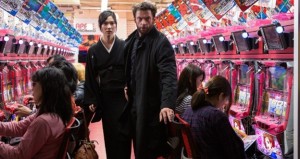 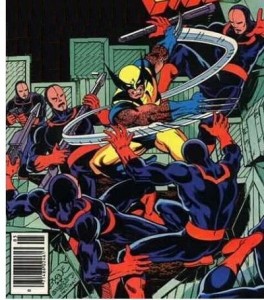 7.) Fight, Fight, Fight- I can’t think of  a memorable fight scene in any Wolverine movie. They are either over too fast, or some other X-Man intercedes, or  whomever is serving as your super sidekick for that particular movie. I want at least one extended brouhaha where you just flat-out bring the ruckus. You, going slice ‘n dice on every henchman, thug and crony they can throw at you. Using Wolvie’s speed, agility, and ginsu hands, give us a reason to cement you as one of the all-time great movie action heroes. You want a template? Watch       “The Raid”.

8.) Quit Sharing! – Quit sharing screen time. (See #7, in reference to sidekicks, teammates and opening a solo can of whup-ass). And Please quit sharing emotions. Can we have one Wolverine screen appearance without you holding the crumpled body of “the great love of your life”, while screaming at the heavens to a camera looking down on you while tears stream down your face like a sixth-grader who just found out they have to get braces? Embrace the Berzerker, Hugh. Shun the Sensitive. And by all means, Jettison the Jean. I love looking at Famke Janssen as much as the next fanboy, but enough is enough.

I promise, if you make that movie,you really will be the best there is at what you do…bub.