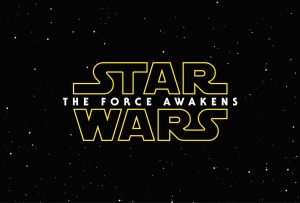 “Star Wars: The Force Awakens” is going to be a spectacular failure.

In two weeks, the galaxy is going to change and if the people who plop their butts in the seats don’t have their minds in the right place as well, it will be disaster. You might as well expect to walk out of the cinema to see Yoda standing on the hood of your Nissan saying “That is why you fail.” 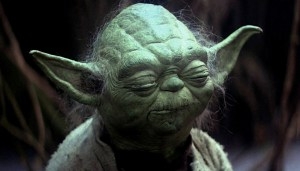 I am qualified to say this because I was there when “Star Wars” (no after-colon re-title back then) first flickered across the screens of the world. I saw it May 28th, 1977, three days after it premiered. Turtle, Jazz-Bo and Joe the Schmoe piled into my ‘68 Thunderbird with me and we drove 50 miles to see this movie directed by the guy who did “American Graffiti”. The newspaper ad had looked kinda cool with these futuristic fighter jets and some dude in a black samurai helmet. 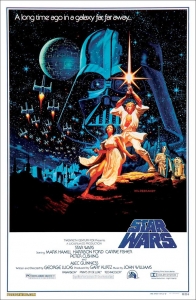 That was our motivation: It looked kind of cool. We sure weren’t going because of the positive reviews. There weren’t any. If any of the big name film reviewers of the day now claim they loved Star Wars, they are lying revisionists. The critics called it “infantile”, with “cardboard characters” and while the special effects were “interesting”, it wouldn’t “hold the attention of anyone over the age of ten”.

We were too busy going back to the theater, over and over, to cower from Darth Vader. To gasp when Obi-Wan was struck down, and leaping to our feet when luke sent that bowling ball of photon energy right down the Death Star’s  exhaust pipe.

With my hand up. It was the single most important cinematic experience of my life. And I wasn’t the only one.

I want all of you to have that experience. To feel those feelings.

So, you must prepare your mind, young padawan. 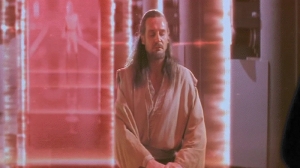 The Past, You Must Forget–  Let the new Star Wars creators tell their stories. You can always hold the novels and comics and videogames in your heart but don’t get pissed if Admiral Thrawn shows up and his eyebrows are much bushier than how they were described in “Heir to the Empire”. Canon, Shmanon.

Clear, Your Mind Must Be– Calm your emotions. Compress that giant moon of excitement into a tiny little grain of dust in your brain. You have been marinating in hype for like, a year! But when you walk past the concession stand and into the theater, drop your expectations into that receptacle where you deposit your used 3D glasses. You are going to get excited, and afraid, and heart-broken. Just let the movie earn it.

Strong You May Be, But You Are Not a Jedi Yet– George Lucas, JJ Abrams and the thousands of actors, writers, technicians and other people bringing you this story are not –I repeat not going to do what you would do with these characters or plot! I don’t care if your Greedo/Sy Snootles fan fic is the most downloaded story on your group’s site (12 readers! Yay). These people know their story best. Let them tell it.

Give In To The Dark Side, You Must Not– If you have been stockpiling Jar Jar Binks jokes to keep the ticket line in stitches, let it go. Jar Jar jokes are almost as tired and cliched as variations on “I don’t think we’re in Kansas anymore, Toto.” Similarly your dissertation on the fallacy of midichlorians, whether or not Han shot first, or how Jake Lloyd was miscast. Stop hating. The very fact that you bought tickets two months ago, or stood in a three block line, or have already bought $400 worth of action figures, proves beyond a shadow of a doubt that you owe George Lucas big-time. He is the creator of the fountainhead that made all this possible. You have no right to pick his nits.

I guess what I’m saying in all sincerity is– 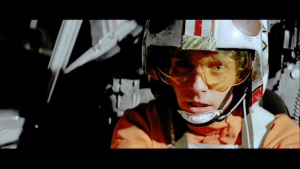