A bunch of us were sitting around the station yesterday laughing about how you used to buy two TV Guides every week. You’d store one copy and use a highlighter on the other one to know what shows you were going to watch and record to watch later. Ha-ha-ha-ha! That was the funniest thing EVER! You’re not still doing that, are you?

The Rockin’ Jocks of the WKEE Morning Carnival

Go ahead. Laugh it up. When Armageddon breaks out and the devastating EMP’s render all of your fancy-schmancy electronics useless, you’ll all come crying to me to find out what Shonda Rhimes has up her sleeve.’

It is true, I have a vest TV Guide collection and have saved them all. I feed this addiction with a subscription and as soon as it hits the mailbox at the Curmudgeon Compound I read it cover-to-cover. 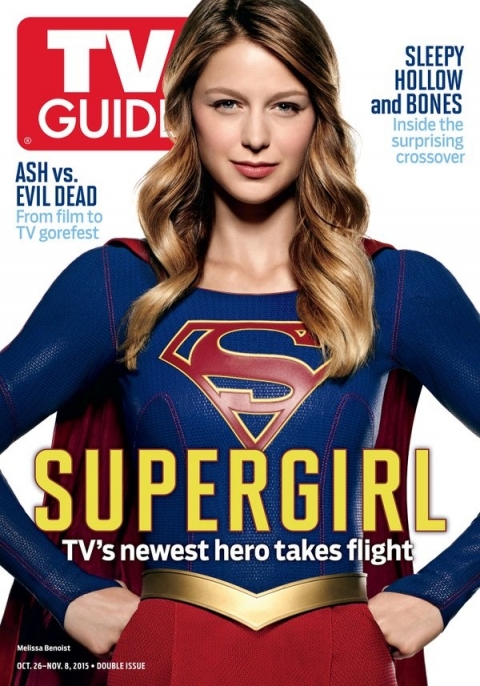 In the most recent issue, cover-dated October-26 through November 8th, 2015 (With Melissa Benoist on the cover as Supergirl), Michael Schneider has a troubling story about negotiations to bring the X-Men to television. At least, it is troubling to me.

Schneider describes more than a year of “painstaking back and forth talks between Marvel and 21st Century Fox”. The end result being the announcement of two X-Shows: ‘Legion’ for FX, and ‘Hellfire’ for Fox. 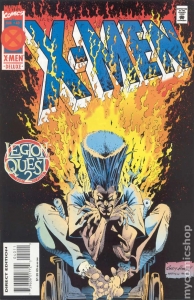 ‘Legion’ tells the story of David Haller. Well, it tells A story of David Haller. We know David/Legion as the Omega-Level son of Charles Xavier. In the reality we are familiar with, he became a God-like psionic with Multiple Personalities, and the personalities had powers of their own. You know, the kind of character you build a 12-issue arc about. This TV version sounds a little different.

We’ll come back to that. 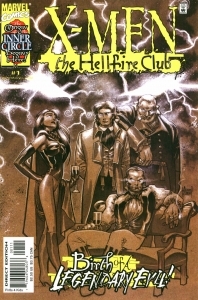 ‘Hellfire’, not surprisingly, will be about the Hellfire Club.

The Hellfire Club and Legion? Really? At last count there were about seven and a half ba-jillion characters in the X-Men Universe, and those were the ones they chose?

Because they don’t want to do “Comic Book” shows.

Just because they are taking the inspiration from comics doesn’t mean they are crafting a series of stories that look, feel, or are told like comic book stories. Take it from a wise old sage like me, TV and movie studios haven’t always stormed the gates of comic publishers to get these characters.

And most of the time, when they did, they went to great lengths to shoehorn the characters and stories into loafers they understood and were familiar with.

The Marvel Phase One movies changed that. These were true comic book movies. The term ‘comic book’ was a derogatory term for a very long time, equating them with childish, over-the-top storytelling. When “Iron-Man’, “Captain America”, and the Avengers movies came out, (or more accurately, the box office receipts from those movies), that derogatory term transformed into a phrase on every studio suit’s lips, as in: “I don’t care what it is, get me a comic book movie!”

Movies and TV shows based on comics became uber-important.

And that should scare you more than anything else.

I am afraid I see the closing of the brief window where the people making comic book movies and shows…Got It. I think we are shifting back into a period where studios and networks want comics-inspired shows…but they don’t want them to feel like comic books.

Schneider reports that the writers of Hellfire are a couple of guys who worked on ‘Star Trek 3’, Patrick McKay and JD Payne, and the showrunners will be Evan Katz and Manny Coto from ‘24’.

Four extremely talented folks. However,  I’m not seeing a lot of comic connections there (other than the fact that both Star Trek and 24 have been adapted into comics), but I suppose, at least, you could make a case for them being genre-adjacent.

As for ‘Legion’ Schneider says FX wants Noah Hawley (Who adapted ‘Fargo’ into the current series for FX) to ramrod the series about David Haller. Hmmm, interesting choice. Especially when you read this quote in the Schneider piece, by Noah Hawley–

“I’m not a huge comic person.”

Don’t misunderstand me. I’m sure these shows will be good. Hell, they’d have to be better than “Dr. Ken” and “Big Brother” (Unless you combined those two…hmm..). But I predict we are getting into a period where Networks and Studios are going to take titles and as little characterization and plots as they possibly can from the comics and produce shows and films in genres they understand like cop shows, medical shows, dramas, etc. They’re all about control.

I enjoy ‘Gotham’. It has an amazing cast, good writing, and spectacular production values. I watch it because I enjoy a good cop show. That’s what it is. A good cop show. Maybe I am piling blasphemy upon blasphemy, but using character names and locations from the Batman Universe, doesn’t mean you are telling Batman Universe stories. And maybe that’s okay.

Are you a Bat-fan? I’d really like your honest opinion about Gotham. Post a comment below, because we WILL talk about this again. This is going to get a lot worse before it gets better.  (Says the gloomy Gus)

Look, Curmudgeonites, I love this era of television and film because for most of my life I would have killed for a real TV show about comics that told stories the way I read stories in comics. It never happened. Sorry Adam West “Batman”. Sorry Linda Carter “Wonder Woman”. They were fun shows, but never played like comics. Now comics are finally seen as the kind of epic, mythic source material they should have always been, and technology has caught up to tell the stories they way they deserve to be told.

But, I worry. I worry that the light at the end of the tunnel is an oncoming locomotive..and it’s coming fast.