Why are both DC and Marvel changing everything? I like my funny books the way I like ‘em!

I don’t want to get all theological here, but fabricating a new universe is a tough gig.

According to fairly reliable sources, it took God six days to create one and even then he had to stop after six days and take seventh day off. Of course, we all know why: It was NFL Game Day! The big guy loves him some football. I bet he got the biggest kick out of Deflate-Gate: “Oh little Tommy Brady, you adorable scamp!” 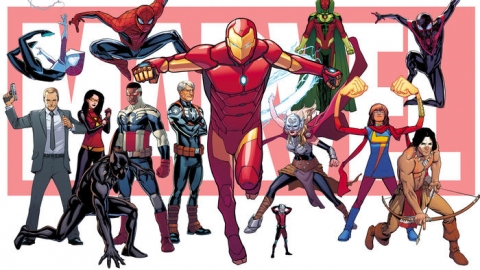 The Book of Genesis was the power point presentation of that Divine Creation, but this week, Marvel rolled out its new universe with seven brand spanking new #1’s, and one #0. Let’s take a look at them and how effectively this relaunch/reboot/retooling seems to be. Let’s see how these books are determining the new Marvel Canon.

First of all, two of them are ‘What If’ titles. I am of the opinion that ‘What If’s are just try-out books for writers and artists, with no impact whatsoever on the actual universe. (And now we don’t even have the Watcher to provide a sliver of justification for these things). I’m not counting those.

‘Contest of Champions #1’ is spun off from a video game. I have no problem with that, but other forces are calling some of the shots here, and I don’t see how that should have an impact on canon.

‘All New All Different Point One #1’ and ‘Avengers #0 are, more or less, somewhat more specific versions of Marvel Preview. Short micro stories that are appetizers for the main meal of the actual books themselves. In the old days –like, a year or go– they had the decency to not charge for books like these. I’m not counting them, either.

I really like the Spider-Man book, but it’s difficult to tell where in the Marvel U our beloved Wall-Crawler fits. It seems to be a whole different reality. I wonder if the distance is a conscious reflection of the cinematic status of Spidey, which is in a sort of Negative Zone until it’s resolved in ‘Avengers: Civil War’?

That leaves us with two guys facial hair, similar hair-dos, and buckets of horniness. 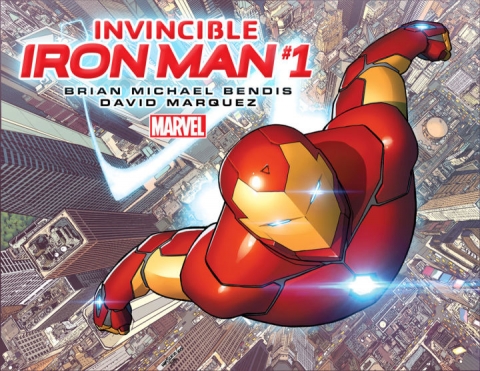 ‘Invincible Iron Man’ seems to be the book getting the most promotional support by Marvel. You know how NBC ran “Blindspot” promos every other network commercial break, but new sitcom “Truth Be Told” is practically invisible, like the inbred mutant stepchild locked in the cellar.

It’s a good choice. This new version of Iron-Man is a great melding (smelting?) of the best elements of the comic and the Robert Downey Jr. movies. You can have all the chicken/egg debates you want, but Brian Michael Bendis embraces all these different influences and gives us back Tony Stark the way he should be: tinkering in his workshop, tossing off one-liners, and chasing tail.  There are some big surprises in the book, which is always an indication of how important the book is in the publisher’s line-up. You may already know the biggest surprise, thanks to certain comic book ‘journalists’ who feel it’s more important for them to unveil plot twists instead of the reader discovering them in the actual story, as intended.

The art by David Marquez explodes with energy. He utilizes unique angles and points of view, while still referencing visual elements like the now-standard shot of Tony’s face inside the helmet, illuminated by read-outs as he talks to “His Gal” Friday (My quotes), a worthy successor to Jarvis.

And it all works with the best components of the old..and not-quite-as-old. More importantly, it is fun. A great read. A great comic book.

The other #1 about a raven-haired moustachioed horndog is great as well, for different reasons. We all know that the Benedict Cumberbatch movie made it essential that any universe revamp had to include good old Stephen Strange, but this ain’t the old Doctor Steve. 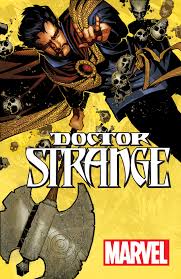 This version of the Sorcerer Supreme has an actual personality. Okay, so it’s very similar to the personality of Tony Stark! The humor, the attention to the female of the species. But anything is better than the stick-in-the-mud borefest that has been Doc for most of his existence. And this side of Doctor Strange is a perfect counterpoint to all the insanely weird crap he faces every day.

I wonder if the Marvel powers-that-be were spending so much time worrying about the 37 Avengers books they are launching that they stayed off Jason Aaron’s back and let him do his creative thing. Whatever the behind-the-scenes story, it behooves them to let that pony run.

And the artwork by Chris Bachalo is the perfect fit. He gives you a lot to look at, and it almost becomes too much for the mind to figure out, but isn’t that what mystical realms, and fantastical dimensions do? And he turned that giant pointy cloak into a hoodie and scarf. Ya gotta love that!

These two books, do what Marvel does best: Creates terrific books with compelling characters that are fun to read. And even more importantly, leave you wanting the next one…immediately.

If that is the case in all the relaunched titles, then Marvel, you deserve to take that 7th day off.