Eric Kaylor in response to Charlie Kim’s Slabbing: The Results Are In. Eric started this as a comment on the site but it became so much more.

Very nice summary of the CGC grading experience, Charlie.  Anyone interested in collecting for profit would do well to read this article.  I’m late posting a comment, but wanted to add a couple thoughts to your bullet points in case anybody is still paying attention…

Yes, absolutely. I think this is fairly well documented within various ‘net discussions about the mysteries of CGC. A CGC 9.4 from 2008 is most definitely not the same condition as a CGC 9.4 from 1958 or 1968.  The Modern Age 9.4 comic may have 1-2 spine stress marks and sharp corners; while the Silver Age 9.4 may have 4-5 spine stresses plus some minor signs of wear at the corners.  (I’m just giving rough examples here; not grading rules.) My observation has been the older the comic is, the more flaws that are allowed for a given grade. You could call this “grading on a curve”, as CGC (and I’m sure CGCS), when assigning a grade, seems to be factoring in the number of high-grade copies of that item that are likely in existence.  So a modern comic with thousands of NM/Mint copies circulating is held to a much higher standard than the decades-old comic with very few high-grade examples on the planet.  I’m not saying I agree with that approach.  I’m just saying that’s how it is.

White covers are more forgiving and explains the price discrepancy between such books as the lesser X-Men #94 versus the more “key” Giant-Size X-Men #1 in the same grade.

Yes, that is true. As you know, with any collectible, the typical rule is that scarcity equates to value. A little spine stress on a black or dark cover is going to break the color a lot more easily & clearly than on a white cover.  And those stress lines can usually be pressed out of a white cover but not a dark one.  So the higher-grade white covers are always going to be more plentiful, as a general rule.  Examples of darker covers selling at premium prices are plentiful.  Look at ASM 28, FF 112, Marvel Premiere 1, etc.  A personal favorite example: Not long ago, Web of Spider-Man #18 in CGC 9.8 was quickly selling for around $200, but at that same time it was not even singled out as a significant issue in Overstreet and was listed at something like $3 in 9.2.

True, although grading always involves some level of subjectivity.  It would be impossible to define a specific grade for the thousands/millions of possible combinations of possible flaws (like “if there are three color-breaking creases of an inch or more on the front cover, and one rip of less than one inch, and…).  So there is no realistic way that we can document a perfectly consistent grading standard.  Individual human interpretation is always going to be involved.

In addition, Overstreet doesn’t differentiate based on age, but as you rightly pointed out, CGC does.

I think this was important for all collectors/investors to understand, so it is great that you posted your findings and started the discussion.  I agree with everyone else that the penalty for smaller, less-noticeable water stains is far too severe.  And the reverse example of the ugly distribution spray on the CGC 6.5 Hulk 181 is equally ridiculous.  CGC’s strict adherence to their “water & ink” policy seems contrary to the fundamental idea that overall look & feel should be a significant factor in the final grade determination.  But, all complaints aside…

I can only assume that CGC does this because the ink overspray was a normal part of the comic distribution process (in some areas) back in the 1960’s/1970’s.  So one could consider the ink overspray to be an original feature of the comic in the same way that an arrival date written on the cover is acceptable as an original feature.  In either case, with ink or arrival dates, you can still get CGC grades up to maybe 9.0-9.4.  But a water stain is not a normal part of the comic creation or distribution process, so it can always be defined as “damage”.  That would seem to be the CGC justification for their “good/bad” decisions with the two types of stains.  Again, I don’t agree with how strictly they interpret their own rule, but that’s just the way it is.

Points are deducted for every quantifiable flaw. Outside of this, it becomes subjective.

We covered this above.  One side note – for Copper Age & Modern Age comics, you can predict a CGC 9.8, 9.6 and 9.4 with a good deal of accuracy by counting the number of tiny flaws.  With middle & lower grades and with older comics, it is more of a subjective crapshoot.

Lower grade books are generally not worth grading.

This is usually true, except in the case of extremely high-value and/or rare comics.  Buyers tend to question the authenticity of high-priced collectibles, and grading eliminates almost all doubt about authenticity or restoration.  (I say “almost” due to a widely publicized CGC scandal or two in past years.)  So if you have a low/lower grade book that is worth thousands of dollars, grading can be worth the investment to ease the mind of the potential buyers.

Size matters. The same Lois Lane book that I wanted to sell, now I want to keep.

That is a personal preference, and is totally understandable.

Never question Mike Huddleston… ’cause he knows his stuff.

Back when Matt Nelson had his own pressing company (Classics Inc., or something like that), before he sold it to CGC a few years ago, he had a fantastic article on his web site analyzing the familiar topic of “to slab or not to slab”.  That must be one of the top five questions comic collectors ask at some point.  But I can’t find that article anymore.  It disappeared with the company’s web site after it became part of CGC.  But if anybody knows Matt, or would like to just email him and ask nicely, maybe he can send you a copy of it.  It was a very informative, well thought-out and well organized analysis, complete with a basic breakdown of the various costs involved.  It would be great to post on Comic Book Daily if Matt were willing to give permission.

One other thought, and I’m guilty of not always remembering this… Let’s always come back (to) a basic truth, which is that there should be more joy involved with comic collecting than analysis of grades, how to maximize profits, and all that.  Whenever we are getting too caught up in the details, then we should take a moment and regain our balance.  We should also accept that grading is not a perfect science, and we’re not all going to agree on every graded comic.  I think that the human factor of grading, deciding how we perceive the overall “look and feel”, is a good thing.  Our goal cannot be to create the “perfect” grading standard, because that is not only impossible but is also not the best use of our energy.  We should enjoy the hobby.  Remember, not too many years ago, the Overstreet guide contained only two or three columns for different grades.  Now that we’re all breaking down more grades into different prices and studying CGC/CBCS sale prices and such, are we happier for it?  Of course the answer is no, as it is with many aspects of our increasingly complex world.

My point is that it is up to each one of us to decide how far we really want to go with the analysis of grades and prices.  It can certainly be entertaining and fun up to a certain point.  Each of us gets to decide what that point is for our personal lives.  Let’s all try to keep a healthy perspective.

As a final side note, I’d also be interested in seeing CBCS get some recognition when we create articles and discussions on the topic of slabbing.  Every monopoly needs competition (and most have concluded that PGX isn’t it), so just for that reason alone, I hope that CBCS succeeds as another legitimate player. CGC grading fees will be more reasonable with competition than without it.  Unfortunately I have read a few reports that some CGC-graded prices on eBay have been higher than their corresponding CBCS-graded issues.  That is unfortunate, but not surprising.  Hopefully as time goes on, CBCS will become known as a CGC equivalent and the sale prices will equalize.

I enjoy reading so much of what you guys post on this site, mainly Undervalued Spotlight, but also much of the other nostalgia & collecting tips.  Keep up the good work!

Eric Kaylor is an IT professional, small business owner, very part-time comic book investor and seller, and very full-time happy husband and father (of one amazing girl, plus a few needy cats) in Columbus, Ohio. He got hooked on Spider-Man comics in 1977 and then quickly became a big fan of several other Marvel and DC titles. 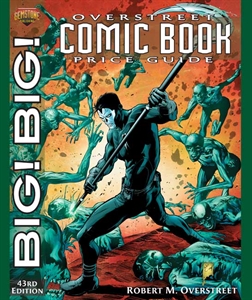