We are venturing back to the X-Men title to shine the Overvalued spotlight on a seriously overvalued Top Ten issue and to attend to a little unfinished business on X-Men reprints.

The books in the original X-Men title (#1-66) have always been and still are valued higher than its twin sister book The Avengers (both started in September 1963). There are a few exceptions like Avengers #4 and # 57 that standout but for the most part the X-Men have been valued higher. I had always attributed this to the fact the X-Men were an original group of new characters and first appearances versus the “assembled” group of established super-heroes in the Avengers. Fifty years on I do have a bit of a problem with some of the Overstreet pricing in comparing each of the two titles Top Ten books, but today we are settling on one book – X-Men #8. 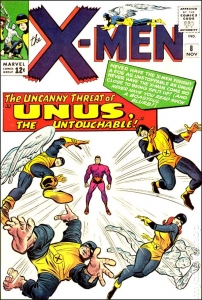 X-Men #8 November 1964 features the first appearance of Unus the Untouchable. His power is a force field which protects him from any harm. He joins the Brotherhood of Evil Mutants and is a regular there. He bounces in to the Marvel Universe here and there but in the end, he is a small-time bit player of an evil mutant. The 46th Overstreet price guide values for X-Men #8 are 8.0 $318 / 9.0 $722 / 9.2 $1125.

My problems with the Overstreet price for this book are many but we will limit it to two points.

X-Men #9 (Original Avengers crossover) & X-Men #11 (first Stranger appearance) have the same price values as our issue #8. Our issue #8 does not belong anywhere near those two books in terms of price.

In my first Overvalued Overstreet post, over in Arcs & Runs, the subject of my Overstreet ire was the X-Men reprint issues #67-93. I did however forget that there were two other overvalued reprint books and I wanted to bring them to your attention. In fact, I believe one of them is the worst of the bunch. 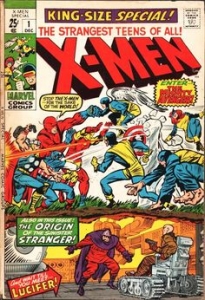 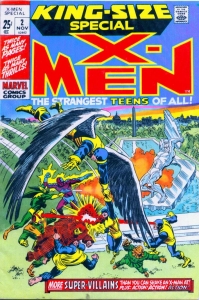 I promise not to write about these X-Men reprints again! See you next month.