This article is part 1 and will deal with the rise and fall (financially speaking only, there is still a very strong market for these, albeit at much lower prices than the beginning of the last decade), of original, loose, Generation 1 Transformers toys (essentially 1984 to 1990).  In an effort to be a little less wordy, I’m going to refer to original, loose, Generation 1 Transformers toys as simply G1.  The market for sealed, G1 Transformers is still phenomenal with record prices still achieved today, but this article will not reflect upon that aspect of the market.

If, for some reason, you started buying up G1 Transformers in say 2003, stopped and tried to sell them today, you’d have to ask yourself, “What in the heck has happened to the G1 market?”

I don’t think any original 1980’s toy market has been as negatively affected price wise, as much as the loose, early G1 market, which I’ll classify as 1984 to 1986.  There is a push and pull effect on this market, which I’ll try to explain later. 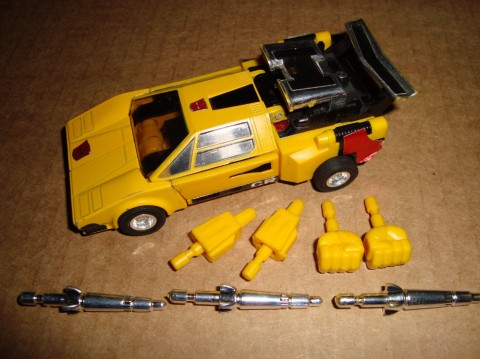 In the early part of the last decade, early G1 became the rage for a lot of toy collectors and prices escalated rapidly, even for loose examples.  These were extremely cool little toys, but so was Star Wars, GI Joe and He-man.  Why did these go up so fast in loose, complete condition, but not the other lines?  Well, if we delve a little deeper, we see other reasons for this: 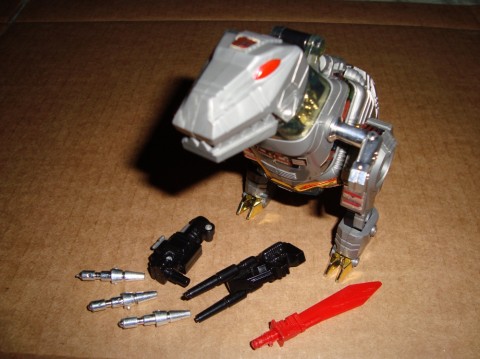 In a nut shell, the toys are a pain to find complete without busted tabs, loose joints or major paint ware.  Hence, they are rarer than the majority of the figures from the other major toy lines from the same time period.

Now, getting back to my reference of a push and pull market for these;

Unfortunately, they didn’t change the moulds, and essentially re-released exact replicas of what they had released 15 years prior.  Thankfully they didn’t do a full-scale re-issue, but in my mind a lot of collectors demanded it.  This led to bootlegs in the mid-part of the last decade. 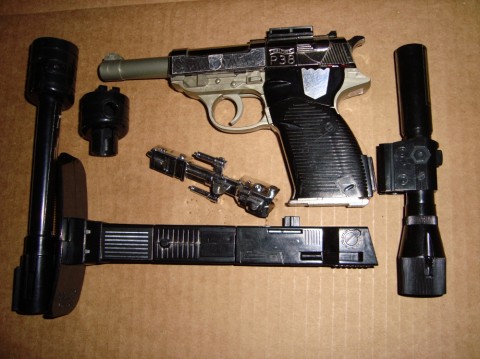 This has really opened up a can of worms as far as values of the original line.  If you can buy a new Transformer sealed in a box for half the price of what a loose example would cost you, why wouldn’t you?  I will be back next month to finish this article and give you a bird’s eye view from someone who got smoked (myself), when buying what I thought were originals.  It’s affect on me, and an  overview of where I see the market going (and it isn’t pretty)!