Terribly sorry for the large intervals between articles but I’ve been held captive by Dr Doom, much like the Scarlet Witch in Avengers Children Crusade!

Why doesn’t the Asbestos Man have cancer yet? 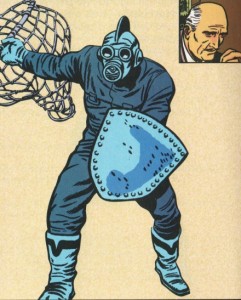 Professor Orson Karloff was one of the Human Torch’ nemesis back in the early days of the Strange Tales. Considering Asbestos’ fire resistant properties, Marvel probably thought it very appropriate for them to create a villain whose motif was able to douse fire in some way or form. Orson wore a suit made up of “super-asbestos” and wielded a shield made up of iron and a net. You know, couldn’t the Torch have waited until he lifted his shield above his head and then just melted the iron shield so the molten metal covers him?

But anyways, so my big idea is that given how toxic asbestos is now, how come this guy never got cancer? I’m not asking them to devote an entire issue to the trials and tribulations of this guy getting cancer from wearing an entire frigging suit made of the stuff…but in a good 30 years, is it so wrong to ask for a quick mention of: “Hey, Johnny I heard your old foe; Asbestos Man is dying of cancer!” I think it would make for a great issue where Johnny visits Orson in his hospital bed. Well, that or I am a really morbid person.

When Hawkeye became Goliath why didn’t he get some enlarged bows and arrows? 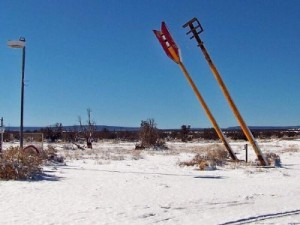 Ok, so when Clint dons the Goliath costume for a time, he wears like goggles which are made out of some kind of semi-harm material so we know for sure that they aren’t made out of soft unstable molecules. So you’ve got possibly the world’s greatest archer grown to humongous size, why not outfit him with some giant bows and arrows to take care of business? If a small arrow aimed properly can take care of business, imagine what you can do with a giant 50 ft arrow hitting Dr Doom!