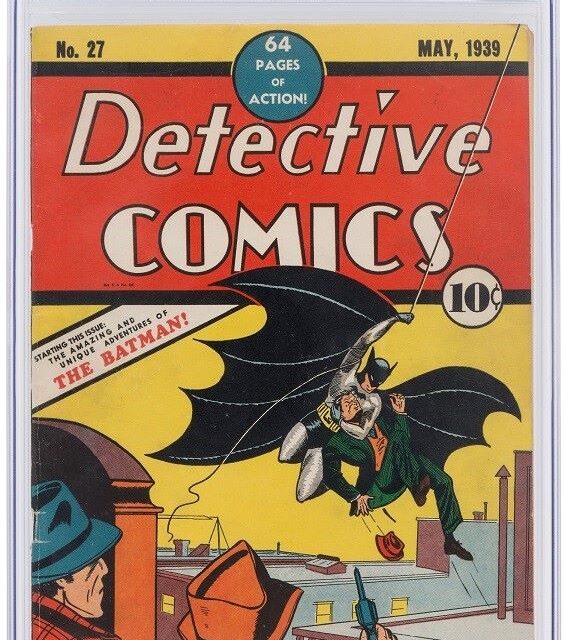 I’d like to wish all our American friends a happy and healthy Thanksgiving, eat lots, drink lots, watch football lots and talk lots about comics, I promise you’ll have the most delicious sleep afterwards.

We all have one or a few Holy Grail comics we’d love to own and most of the time the reason we don’t own them comes down to price, they’re just too expensive. Well if I could have seen my chances as reaching my Holy Grail with the Hubble telescope a month ago I’ll need the new James Webb telescope as of today thanks to back-to-back record-breaking sales.

Detective Comics #27 (Tec 27) has always been my Holy Grail comic and maybe about ten years ago I was actually contemplating selling some of my better books to try and buy a nice-looking CGC 2.5 that was available. Things didn’t work out the way I wanted them to and I never made it happen. I haven’t even had a sniff at one since.

I remember back in 1989 my friend Moe and I drove down to the Fantasia comic shop in White Plains, New York. When we got there store owner Dan Dupchack was eating an egg sandwich. I remember Moe asking how much the two copies of Tec #27 were that were sitting behind the counter. Dan said $30,000 each then he wiped his fingers off his pants (or shirt, I can’t remember which) and slid the books out of their mylars for Moe to inspect. Both copies were high grade, they looked VF-ish, the nicest copies available Dan told us, he also told us he’d turn those books into million-dollar comics one day.

It was 1989 and $30,000 was a lot of money but a payment plan was available, my pal Kerry had just bought the Larson copy of Batman #1 off Dan the year before and he’d just paid off the $4,500 he owed, $4,500 for the Larson copy of Batman #1, damn that Ker sure could sense the deals. I obviously was not as forward-thinking and passed on the Tec. Coulda, shoulda, woulda!

So why the sudden nostalgia for my missed opportunities at getting a Tec #27? Well, about two weeks ago ComicConnect sold a CGC 6.0 copy for a record price of $850,000 and just last week Heritage Auctions sold a CGC 7.0 copy for another record price of $1,500,000. I checked the CGC census and that 7.0 would be one of the seven best existing CGC graded copies. Nice.

These are great results for the hobby, they create excitement and draw even more attention to comic book collecting which I believe has a good trickle-down effect to lesser issues. This year has been a dicey one for collectors sitting on large valuable collections and I’m sure we’ve all been surprised with the resilience of the back issue market, it hasn’t just been these two Tec 27s, since the summer strong sale after strong sale has been recorded across all eras, from the Golden Age to current books.

Yesterday I was talking with a fanboy about how Marvel’s Phase 4 has been pushed back and realized the back issue market has been chugging along without the help of mega-blockbuster movie releases every two months to stoke demand. I realize these are unique times and nobody can really predict where things will sit once life starts to get back to some semblance of normal but I’m betting comic book collecting will continue to attract new collectors and yes even investors.

We’ve seen collecting and investing into collectibles, in general, explode this summer and fall, sports cards have been crazy, Pokemon cards even more so, vintage toys are on fire etc. I’ll allow myself to be a little bold here and say that as a collectible comics are more universal that toys even more universal than sports cards, comics are about as mass-market pop culture as you can get thanks to the ability and adaptability of the characters to cross over into other pop culture media like film, video games, tv shows and all kinds of merchandise, their reach is complete, there is no escape from them.

Hot markets do make it a bit tough to go out there and buy stuff but with some knowledge, patience and persistence there are fun finds and smart buys awaiting us. 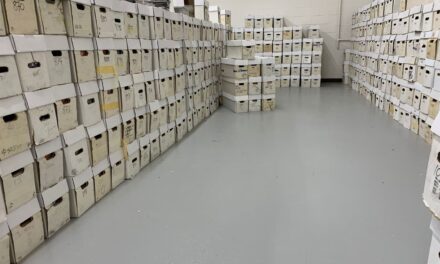 The Valleys of the Giants 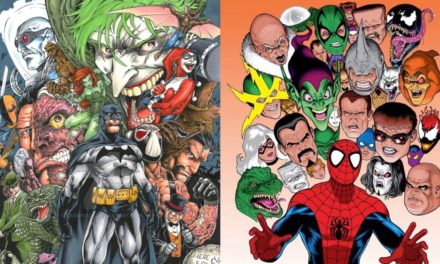 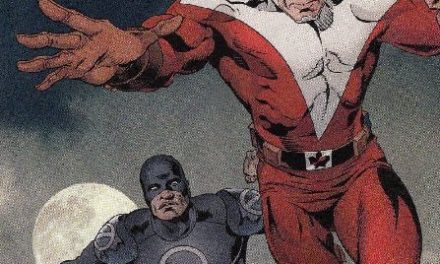 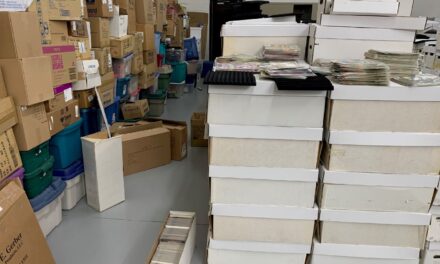