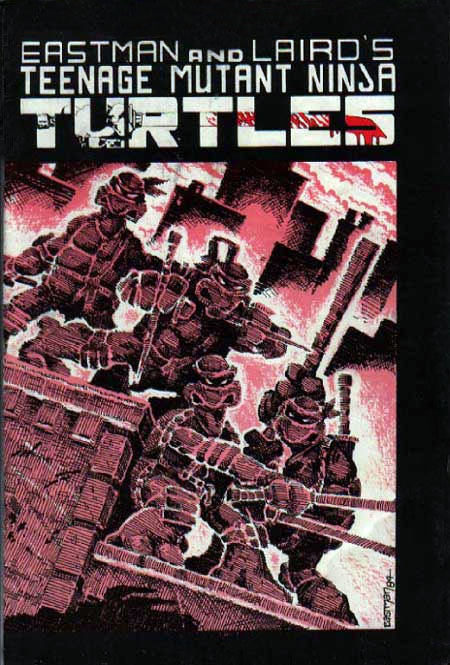 This week I present the last guest Spotlight of 2013. It’s perhaps a good time then to thank all of our guest Undervalued Spotlight contributors of 2013. There were some great books featured and all were backed by passionate arguments, great stuff gang!

This week guest Spotlight contributor Darren G. offers us a doozy to ponder. This is a book I’ve toyed with featuring over the past year, for some reason I never pulled the trigger on it. This is a complex book with many factors at play.

Lets turn it over to Darren.

Question: What is the single most valuable comic book of last 45 years? Walking Dead #1? 1st appearance of Deadpool? Venom?

Nope, it’s Teenage Mutant Ninja Turtles #1, first printing. Even the first appearance of Wolverine can’t match the rarity of TMNT #1… the latest CGC census shows 6234 graded copies of Hulk #181 compared to TMNT #1’s 475 graded copies. Suffice to say it’s an ultra rare book. With a new movie on the horizon, and a new generation of Turtlemania, this could be the time to invest in this blue chip.

A little history on the Turtles… creators Kevin Eastman and Peter Laird borrowed $1000 from Eastman’s uncle, printed 3000 copies of TMNT #1 in black and white on cheap newsprint and stapled together their own creation. In a nutshell, it’s like a quilt from your grandmother… it’s made with love. Originally aimed to parody “serious” comics at the time, the influences from Dave Sim’s Cerebus, Frank Miller’s Ronin, Daredevil, and X-men/New Mutants are clearly evident. The Turtles concept was an instant hit and this issue quickly began selling for 50 times it’s cover price. Second, third and fourth printings were set at 6,000, 35,000 and 60,000 print runs, respectively. The success of the turtles inspired a slew of indie copycats in the mid/late 80s… Fish Police, Adolescent Radioactive Blackbelt Hamsters, etc… some of which were valuable for a brief time, but now they are worth their weight in firewood. Turtles endured the indie comic devaluation of the late 80s and, as we all know, is a household name, bringing on a multitude of cartoons, movies and merchandising.

Two things drive up value in any comic book… supply and popularity. The low print run of 3000 on TMNT #1 is a no-brainer. When I asked Walter what he thought of having the book as an Undervalued Spotlight, he asked me an interesting question:  “Can the Turtles make successful generational jumps like say Scooby Doo, or are they bound to fade away in 1 to 2 generations – like say Jetsons?”

Lots of factors could affect the longevity of this franchise… In summer 2014, a TMNT movie produced by Michael Bay is being released. If Transformers is any indication, this could increase popularity in 2 generations of fans… 80’s nostalgia fans who can now afford to buy a $2500 – $10000 comic book “investment” AND buy their kids a movie ticket, consequential action figures, video games, backpacks, halloween costumes and lunchboxes. I’m going to go out on a limb and say the Turtles have the same appeal as, say, Spider-Man. Kids love to imagine being the characters and it’s a merchandising juggernaut. And if that parallel is correct, look no further than Amazing Fantasy 15’s phenomenal increase in value in the last 10 years. If you would have bought before the first Spider-Man movie hit in 2002, your copy would be worth 10 times now what you paid for it. Once the TMNT movie trailer hits, I think this book is going to surge big time, and steadily increase in the next 10 years as we enjoy a second coming of these characters.

Don’t want to plop down money to access GPA anaysis? A visit to http://comics.gocollect.com/priceguide shows an interesting tale. This issue at CGC grades ranging from 8.0 to 7.0 all average around $2500 recently. That is what people want to pay right now to get a foot in the door, even at mid grades. I’d suggest resisting that $2500 foot in the door for a mid grade copy. They’ve already surged recently. Go big and buy NM or NM+… values at these grades have been stagnant for the last few years should be ready to explode.

A word of warning, be wary of counterfeit copies… some are illegal duplicates but many times they are second printings with the printing text indication erased from the inside cover. Only a first printing will have an ad inside for Gobbledygook #1 and 2. If you aren’t knowledgeable grader, you may consider a CGC copy.

Simply put, a first printing of this issue is the Action Comics 1, the Amazing Fantasy 15  of the modern age. It’s an embodiment of the 80’s comics zeitgeist and a great investment in the long term.  Now go sell your car and get a copy. 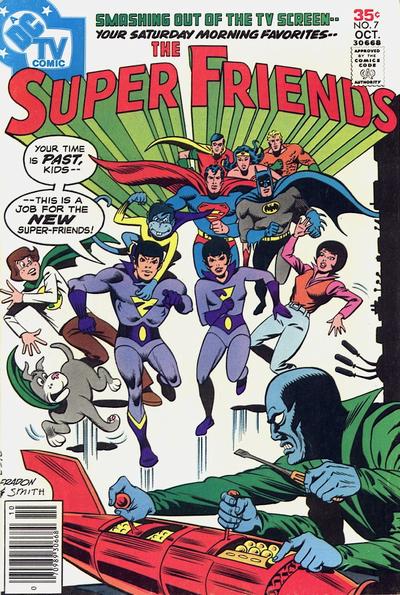