There are many answers that can be given to the above question. I’m going to give you one answer. One answer that I am sure will be argued. One word. Consistency!

The Fantastic Four had one artist for over a hundred issues. The Amazing Spider-Man had Ditko for 38 issues plus AF# 15. Then John Romita for roughly 50 issues. Daredevil had Gene Colan for roughly 80 issues. Thor had Jack Kirby for almost 100 issues. I could go on. I haven’t touched on John Buscema’s run on the Avengers or Don Heck’s for that matter. 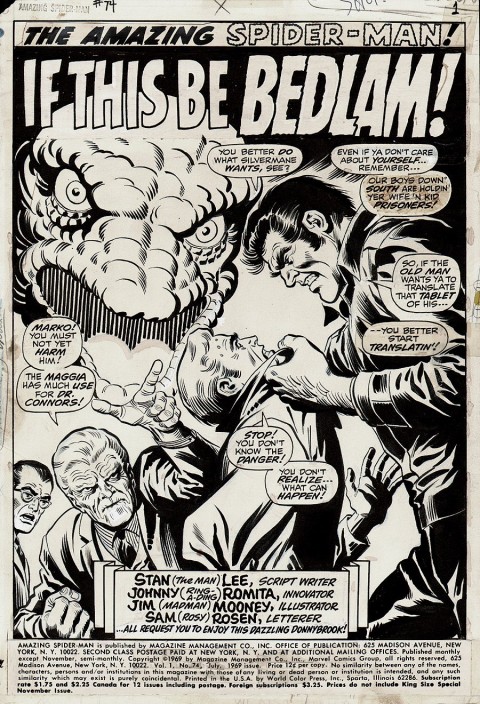 The most beloved series had consistency in artistic focus.

Now there have been some great Bronze age runs, Miller on Daredevil, Andru on ASM and of course Byrne and Austin on X-men as well as Byrne on FF so don’t get me wrong. There were also great Bronze age runs by the Silver Age greats continuing on into the decades following.

So what is my point you ask. Never since the Silver Age have there been that many consistent creators on that many titles at the same time. It was the House of Ideas, and you could rely on the overall consistency (there is that word again).

With so many titles featuring either the Avengers or the X-men nowadays, and an issue coming out oftimes every week, we see several writers and artists involved in a single story arc and the artwork either fails as a result of such a wide divergence of artistic styles or a bland portrayal where everyone has that Adobe Illustrator or Photoshop look and they all look alike. Lots of pretty pictures but not consistent in storytelling ability. Angry grimacing and large breasts, with costumes better suited to a brass pole, is not storytelling.

The Silver Age greats knew how to tell a story, which is why the “Marvel Method” worked so well to create the foundation of the Marvel Universe. I know it is a different world now but with the above mentioned Silver Age artists, they all were in the business for 10 or twenty years (some longer) before the Silver Age and all of the above mentioned continued their careers many into the new millennium. It stands to reason that you become very, very good at storytelling. I think that we will have to take a look at the decades long careers of these masters and compare the growth of the artist over time!

It seems that 10 issues on a single title is now considered a long run. Many of todays artists seem to disappear in a very short period of time. Never to be heard from again. Maybe it’s economics.

Thankfully there are some great things going on outside of the Big 2.

I, for one, miss that consistency.