Avrom Yanovsky was born in Krivoy Rog, in the southern Ukraine in 1911 and two years later his family emigrated to Winnipeg. His parents were political activists and were involved in the Winnipeg general strike of 1919. During the twenties he began  drawing cartoons for various labour union newspapers and in 1928 studied at The Winnipeg School of Art with LeMoine FitzGerald. In 1930 he moved to Toronto and in 1933 studied at the Ontario College of Art under Yvonne McKague Housser, John Alfsen and Rowley Murphy. In 1938 he won a scholarship to study at the American Artists’ School in New York. Throughout his life he was a political activist, a unionist, and a communist. During the thirties, Yanovsky produced numerous political cartoons for socialist/communist organs such as Masses and The Worker.

In the late summer of 1945, after the war was over, Avrom Yanovsky began drawing stories for Bell Features Publications. His main creation was Major Domo and Jo-Jo in Joke Comics No. 21 and around the same time he did a one-off strip in Commando Comics No. 13 called “Sasha and Masha -The Young Russian Guerillas.”

The singularity of Yanovsky’s creation is that Major Domo is an armless war veteran who now serves and an undercover agent for the “United Nations Investigation Bureau” with his pint-sized assistant (a former underground leader in occupied Europe).

Sometimes he signed these stories with the pen name “Armand” rather than his usual pen name “Avrom.” There is an unusual occurrence for Bell Features Publications and probably for WECA books in general that involves Yanovsky. He produced a three part, serialized Major Domo story that extends over three different Bell Features titles. The “saga” of the “Mysterious Mr. Mister” begins in Major Domo’s usual title Joke Comics No. 25 but then jumps over to Triumph Comics No. 30 for episode two and then concludes in Dime Comics No. 28. All this close to the final issues of each title.

During and after his comic book work, Yanovsky continued to teach, offer “chalk talks” at summer camps, and draw editorial cartoons for  papers such as The Worker. He became editorial cartoonist for The Clarion and then The Canadian Tribune. From October 11 to November 4, 2005, the Samuel J. Zacks Gallery at Toronto’s York University exhibited “Free Discussion is the Key to Peace: The Political Cartoons of Avrom Yanovsky.”  Anna Hudson,the exhibit’s curator and Assistant Professor of Canadian Art and Cultural Studies at York University, gives a most pertinent description of Yanovsky’s political cartooning in her program notes:

All [cartoons] are animated by a cast of easily recognizable characters: the moneybag, the banker, the capitalist, and the politician-with his police or military side-kick. [Avrom] saved the leading role for the worker: an idealized representation of Labour, who endured the endless greed and buffoonery of capital and political power. We can laugh at the tragedy of economic inequity because Avrom speaks to us personally to remind us of our humanity, our common ground, and our collective strength ?. What is so surprising about his political cartoons is how relevant the messages remain. We continue to be tightly bound by oil cartels who determine price and availability ?. 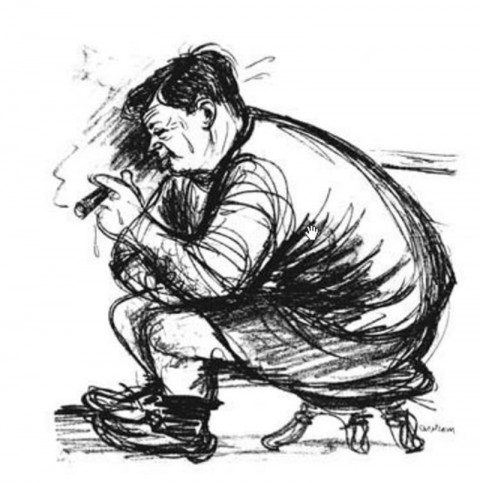 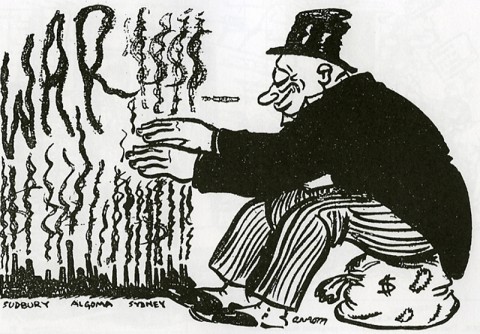 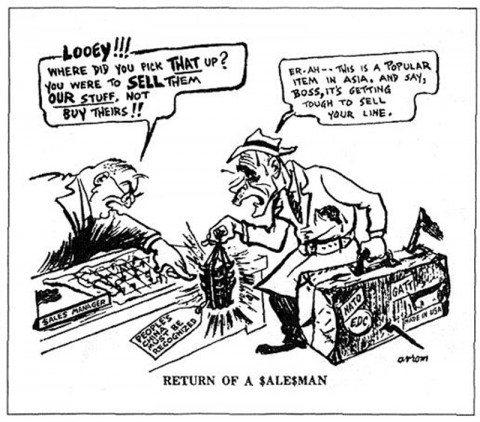 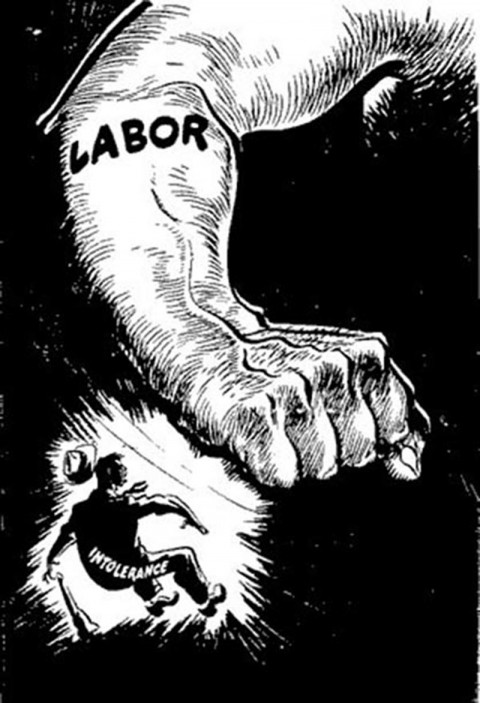 Yanovsky had been deeply moved by the murals of Rivera, Siqueiros and especially Clemente Orozco and had studied with American muralist Anton Refregier.

He also did illustrations for political plays such as Eight Men Speak which was originally banned in Canada. 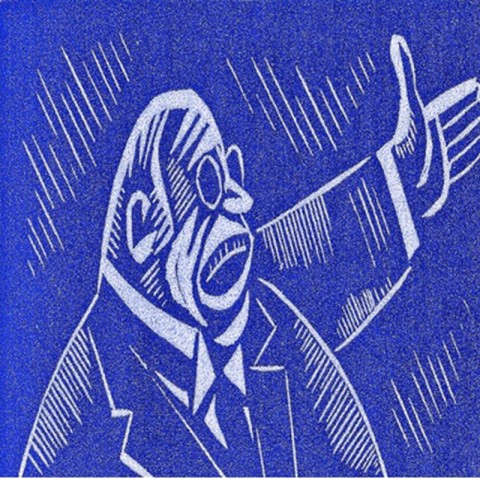 Lucy Kaplansky chose one of Avrom Yanovsky’s painting for the cover of her Reunion CD released in September, 2012.  It’s a painting of Lucy Kaplansky’s grandmother’s bakery in Toronto. 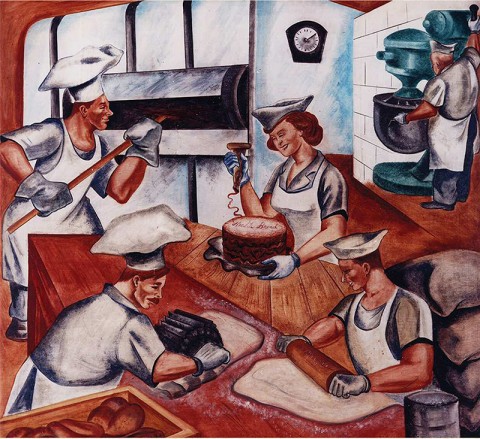 Yanovsky worked at the bakery and painted himself into the bottom left-hand corner.

There exists an annual “Avrom Yanovsky Bursary in Fine Arts” at York University with the benefactor listed as Anna Yanovsky, Avrom’s wife. It is intended for students who are completing studio based studies which require supplies or materials beyond regular student fees and is meant to assist in the purchase of such supplies as they are needed to complete creative studio or performance based work.