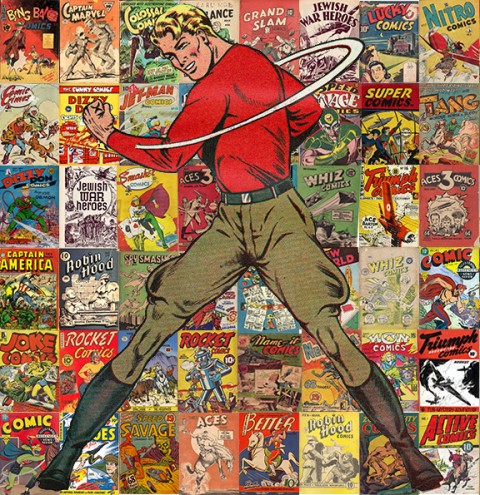 Today is the launch day of our modest attempt to set up an online database of Canadian comic books from the WECA period (1941-46), better known to collectors as The Canadian Whites, at canadasowncomics.com. We were approached early on in our project to avoid the difficulty of creating an online index of these comics from scratch and simply upload our information to the Grand Comics Database. However, we felt it of utmost importance that the first real indexing of these comics be based in Canada. I’m sure that the information we put up there (and remember that this is the first real setting down of comprehensive data about a unique, rare, and arcane set of comic books) will often have holes and need amendment and tweaking, but this first effort is important. I’m sure that a lot of our information will be mined by sites such as the Grand Comics Database, I just hope that whoever ends up using our findings as published material will link back to our site or, at least, credit their find appropriately.

It’s time to bring the Whites home again. Over the past couple of years I’ve had this column out there raising awareness and today my article on these books is also out in Overstreet. We’ve had the “Lost Heroes” documentary come out and panels on these comics at cons. We’ve had these books realize winning bids in auctions that were quantum leaps over previous prices. Hope and Rachel have published a complete collection of Nelvana reprints from this period to a positive reception and continue to work on other reprint, “revival” projects (Thunderfist, Johnny Canuck, and Brok Windsor). I can’t forget the work, over even a longer period, of the people at the Joe Shuster Awards and the Hall of Fame of inducting so many of the creators from this period in comics and keeping their names alive. This year, for the first time, The Doug Wright Awards inducted four of the Whites creators (Dingle, Lazare, Tremblay, and Crawford) into their “Giants of the North: The Canadian Cartoonists Hall of Fame” category. So these books are, and have been, riding the crest of a significant wave compared to where they were in the comic book culture just three years ago. We want this high ride to continue because as truly Canada’s own comics, these books deserve it.

We are still loading comics to the inventory of the base and now have just over 190 books indexed, which is just over a quarter of what we estimate to be the known Whites (about 750) though we will probably find that there are more in the end. The site as it exists now is in a still developing frame and we are looking for input from readers as to what is needed and the directions we should take. For example, we have started off with just one general forum but should we initiate any others such as a specific publishers forum for each of the WECA publishers, or a creators forum where we can discuss the output of specific creators (writers, artists, editors, art directors, publishers…), or a forum on the characters (super heroes, villains, sidekicks, etc.) in these comics, or even a forum on book values, slabbing, trading, etc. Should we leave the single forum as it is and let threads develop or should we have separate forums for different topics such as the ones just mentioned?

You’ll also notice some things that need to be sorted out (pun intended) because WordPress seems to see numbers as a series instead of digits so that when we sort comic issues Nos. 10-19 come right after No. 1 and Nos. 20-29 come right after No. 2. Bear with us we are working on this. Everything may not yet be ready to be used in the way that we want but we need to put things out there so that we can see what works and what doesn’t and improve the site.

We could go on working on the site and uploading more books for a long time yet, and we will be, before we come anywhere near to achieving any completeness in the database but it’s time for it to have an audience and for us to go on building with the help of that audience.

Please go to canadasowncomics.com and see what we’ve managed to put together so far. 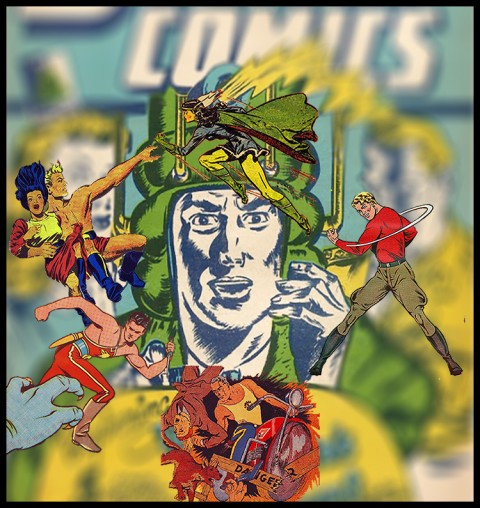 Trailblazers, Galleries, and a Symposium