In the last couple of days I’ve been thinking about what the world of WECA comics (Canadian Whites) really needs and, besides the searchable index/data base and a price guide, what I think that this area really needs is a good coffee table sized book that could look at the artists and the artwork from this first era of Canadian comics. There hasn’t been much done in this vein other than perhaps the first effort at documenting books from this period in The Great Canadian Comic Books, Michael Hirsh and Patrick Loubert (Historical Perspective by Alan Walker and Afterword by Harold Town) Peter Martin Associates Limited, Toronto, Canada, 1971 which is now more than forty years old and really dealt with only one of the four main publishers that flourished in the WECA period. Other than that there have been some scattered articles in publications like Alter Ego that have dealt with individual artists from this period.

What we need is a large size, hard bound, well-crafted book that provides valuable information about significant illustrators from the WECA period and offers up well-reproduced examples of their work (come to think of it a companion volume might be something like Gerber’s Photo-Journal books that would present the covers of the 700 or so books from this period.) Walter Durajlija and I have become interested in trying to realize such a volume and are just beginning to plan a proposal.

I mentioned this to Scott VanderPloeg, who specializes in comic art, what type of book format he would recommend and he offered the following suggestions. I quote his email:

Alex Toth: Genius Illustrated from IDW is a great example of presentation and format. If you want to present a lot of comic material with some biography Blake Bell’s Steve Ditko Archives are nice. If you’re going for full page art and short commentaries then there are a lot of examples, but I like The Dynamite Art Of Alex Ross.

When Walt and I looked at these books, the layout and format that appealed to us most was the Alex Toth book.

We’d like to open the book with a series of written pieces about the art and artists from this era and then present information and examples of work from as many artists as we can framed in the context of the four main publishers of the period (Maple Leaf, Anglo-American, Bell Features, and Educational Projects with a Misc. Publishers category to cover what is left over.) 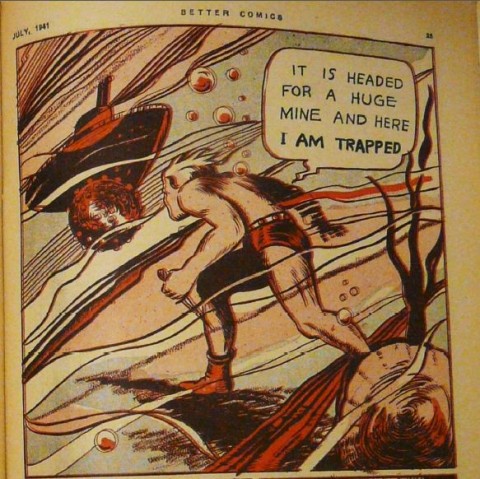 It would be a non-profit initiative and would have to have a small print run of about 800 copies (copies could be sold to libraries across the country to recoup some of the cost).

I’d like to solicit the suggestions and opinions of readers about the merit of such a project and what would make the book the best and most effective it could be (format, content, layout, etc.). In order to make the proposal and plan for the book to be the best it can be what would  you include?  What would you like to see included in such a book and what should the price-point be for such a book in order for you to consider it a worthwhile purchase?