Back by popular demand, Comic Book Daily asks the question and the crew (and special guests) give their answers. Tip of the hat goes to Scott VanderPloeg for this week’s question.

DC’s new program of keeping books on schedule by getting books done well ahead of publication and shifting creative teams seems to be working.  Of course it also means writers and artists are being juggled around to keep things flowing.  Marvel’s approach seems to have artists taking turns, giving readers up to six artists in a six issue stretch.

[box type=question]This week’s 52Q: do you stick to a book when it has multiple creators or do you cherry pick issues based on your favourites?  Would you rather see a small publishing delay for creator consistency?[/box]

I would like to know why nobody seems to be able to do an issue a month anymore. If your full-time job is to be a comics artist or writer, then 20-24 pages a month should be not only doable, but expected. One of the main things keeping me away from mainstream books is the creator turnstile. There were times years ago where I would read a book that I would have never read before because of the team. Ann Nocenti and JRJR on Daredevil for an example. But once they were done, I was out. I’ve tried reading some of the recent Spider-Man and find the constantly shifting art really jarring and annoying. Is it the over rendering that takes so long? Is it the elaborate computer colouring? If I were to choose the lesser of the two evils, I would say the six issue runs by one team telling one story approach.

Marvel has recently dumped a ton of it’s not well selling comics. Then for February they are shipping two issues of each of their better selling titles. I don’t know if anyone has been paying attention, but Marvel’s publication schedule is not one that is set in stone like DC’s has been the last few months. In fact, it’s been a bit of a gong show, and tons of rotating artists and authors and fans are taking notice and not liking it.

I would rather a bit of a delay for consistent work. Once the artists and writers start rushing and jumping around the quality plummets. I would rather wait a few extra weeks for something I’d enjoy than buy crap that sucks just to buy it on time.

Having read all 52 #1s I felt that the work suffered from being rushed for publication. Indeed, some of the artwork was unrecognizable as being attributed to the credited penciller.

I don’t buy comics as periodicals anymore, I buy collected editions, and I tend to base my ordering on who wrote the book first, then who did the artwork second. I’ve enjoyed Palmiotti and Gray’s Jonah Hex and I’m looking forward to reading All-Star Western when it is collected, but while the writing remains consistent the artwork has been erratic. When it’s Jodi Bernet or Darwyn Cooke, it’s a treat. The good thing about Marvel is just that – consistent writers. Brubaker may have numerous collaborators, but as long as he’s the guiding hand on Captain America I’ll follow the book, as he tends to pick artists that fit the needs of the book (and Marvel follows his lead). Ditto for Bendis on Avengers and New Avengers. 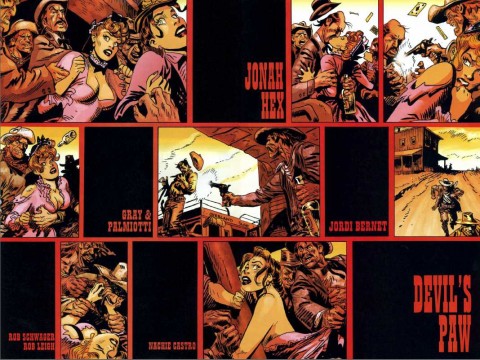 Sometimes that doesn’t always work. When I go to read Grant Morrison’s new take on Superman in Action Comics, I would much rather have them all be by Rags Morales then a handful of “pitch in” artists brought in to meet deadlines. Better the book be late for the reading experience than erratic, but the need to hit these target deadlines seem to be impossible for some artists. It’s like DC has decided to reshift its front line cares to the initial product instead of the final one. It’s old school thinking for sure. As an end of the line reader, I think that gets me to spend my money elsewhere.

It’s strange because I agree with Kevin; I’m willing to excuse a certain amount of lateness on books with artists that I adore. Frank Quitely can take as long as he wants to get work out, I’m okay with that. But then at the same time, I hate, hate, hate late books. So I suppose it comes down to it, if I like your work I make concessions.

I’d like to point out though that I’ve always liked what Ed Brubaker tends to do. He’d do a six or five issue arc (take for example as he did with Michael Lark on Daredevil) and then to give that artist a breather (I remember reading somewhere that Lark felt like he could only do 8 issues a year without his work suffering) he’d do a done in one story with a different artist (the Foggy in Wit Pro issue by David Aja or issue #7 of his Captain America run by John Paul Leon that shows Jack Monroe’s tragic end.) 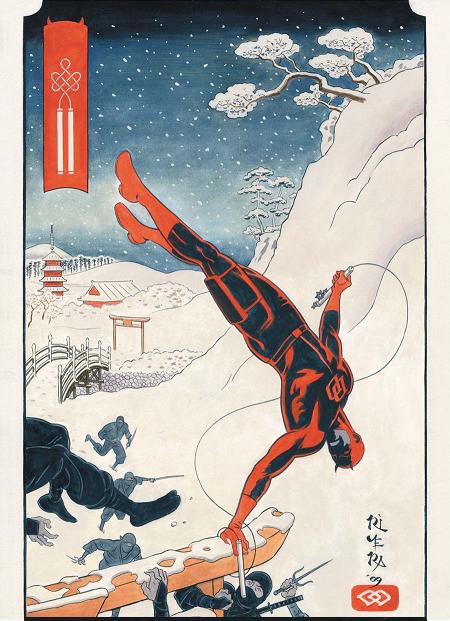 My biggest complaint with the new 52 fill in issues is that it tends to show a shortsightedness as well as making me suspect about the level of previous planning when it came to this whole reboot. How many of these fill in issues are going to just be previously written Superman stories that Giffen never got around to when he had the chance and now he’s just going to add a collar onto Supes and be happy.

Chris: I have the same suspicions about the 52 Pete. The whole thing seemed very sudden. Almost like a mandate was set and they scrambled to fulfill it. Considering a book was published the very month of the launch that was an encyclopedia to the characters, all based on their older info. If I was a kid who picked that up and then bought Justice League #1, I’d be confused and mad.

Books should not be late. Ever. Your job is writing and drawing comic books. You should be able to do it with a regular schedule. That doesn’t necessarily mean monthly. Justice was bi-monthly and it worked great. So if you are working with an artist that needs more time you should make the book bi-monthly.

I stick with books that I like but I am not a fan of rotating creative teams. Should be 1 year minimum commitment. I also think that they should stop putting “hot” writers on 100 different books. It just means that they do a 3 issue arc and then move on to something else.

This continual inconsistency is one of things driving me crazy about mainstream superhero books right now.

A fill in artist doesn’t really bother me much as long as it serves kind of a purpose. As Pete previously mentioned, as a break for the regular artist or a break in the storyline or an issue that’s all flashback, etc, stuff like that I find perfectly reasonable. The days of an artist being able to churn out a few books a month are long behind us, an artist that’s able to do Kirby amounts of quality and quantity are pretty much unfathomable at this point.

But if it’s just a fill in issue for the sake of a release date, I’d prefer to wait.

Chris: But why is that Brent? Okay, Kirby was a machine, but a page a day is in no way unreasonable. ESPECIALLY when you are working assembly line style, if you are just penciling or inking? And it’s no longer an issue about the pages having to travel for days between artists with everything being scanned now.

Brent: Kirby was a special case. If you look at other artists during that period, there isn’t anyone who was that productive or that good. 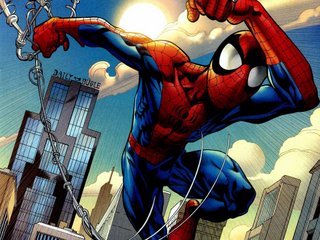 As why artists can’t at least do a monthly book on time, 12 months a year, I’m not sure. As much as we all love Kirby, I think it’s safe to say a lot of the current standard of artists are a lot more detailed with their work. I can’t draw worth crap so anything I say is in very basic terms. That being said, Mark Bagley proved that it could be done when he was on Ultimate Spidey.

I don’t put much thought into who works on each book monthly. The creative team will be what it is. To my thinking the Editor is the one to keep the story going, the artwork looking a certain style, and keeping some sort of continuity.

There are some creators I like to see work together (for example Brubaker and Epting) but sometimes having a fill-in creator leads to some good work as well. Example: Butch Guice working on Captain America. I really enjoy his art and I would miss his if Epting always worked Cap. 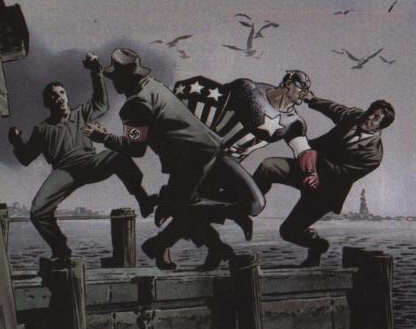 I buy my comics based on the characters, not who wrote and drew it.

I prefer my books to come out on a regular schedule, but as long as I know when it will be in my comic shop, I don’t really care when it comes out.

I only buy collected editions as well and stay clear of a trade with more than one creative team, like the current Avengers and Spider-Man.

It would be easy to have a consistent creative team on any comic: don’t solicit it until it’s done.  For a long running series have a story arc completed before adding it into the book’s rotation.

Would you watch a television series where the actors changed every episode?  Of course not, but that’s essentially what happens when a creative team changes.  As consumers we speak with our dollars: if something about a book bothers you don’t buy it.