A couple of months ago, Anthony Falcone wrote an article telling you to sell your collection.  The column was very popular with lots of debate and discussion in the comments section.  The idea of selling your collection is a sensitive topic with comic book collectors.  Essentially, why would you buy something if you plan on selling it later, often at a loss. 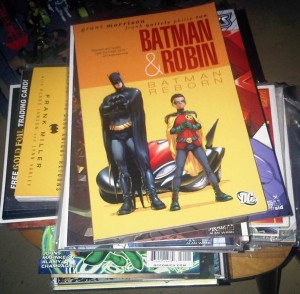 I have bought and sold many different collections over the years.  I have bought and sold lots of G.I. Joe toys.  I’ve sold almost every video game system I’ve ever owned (except my Intelli-Vision, that system ruled!!!).  I have even sold some of my comic books.  When I tried selling them, I foolishly thought that my Spawn #1 thru #13 were worth a lot of money.  That was a real eye opener when I found out they were worth next to nothing.  After selling some of my stuff, I’ve come to realize that you don’t sell your stuff to make money, you sell your stuff to make space.

So why am I contemplating selling my comics now?

As you know from my columns, I’ve been re-reading and catalogueing my comic collection.  Some comics I’ve read are just not interesting to me anymore.  They were stories I did enjoy, but now it is painful to read these books.  That is a good reason to get rid of some of my comics.  The other reason is space.  The space I have for my comics is very limited right now.  My collection has grown to include more hardcover comic books and Marvel Universe figures.  So if I can get rid of a box of comics, I can use that space for new comics. 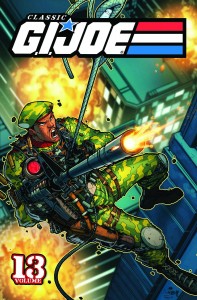 When I was reading #13 I thought of Anthony’s article, and came to the realization that I have a couple of these stories now twice in my collection.  I pulled out the box containing my G.I. Joe comics and flipped to the issues that are in my collected editions #10 and #13.  Some of them still had the price tag on them.  Some books I paid $1.75 to $3.00, but others I paid $13 to $16.  So why would I keep doubles of these comics, if I can sell them and at least make back enough money to pay for the collected editions.

So that is my new plan.  I am going try to sell some of my collection.

Since I don’t have much experience selling comics, I am kind of lost on where to start.

I guess the first step is to figure out which comics I want to sell.

I need to figure out what they are worth, and I will have to figure out how much I am willing to sell the comics for.  As far as my comics worth, I have several options open to me.  I can take them into the comic shop and ask for a quick appraisal.  I can pick up a comic book price guide (like the Overstreet Guide for example) or check online at some online sites (one I like is Mile High Comics).

The next step will be the most difficult.  How and where to sell them?

I am not eager to sell my comics on eBay.  I sold a G.I. Joe figure before on eBay.  At the time I set it up as an auction.  The bidding started at 99¢, and didn’t get any higher than that.  Luckily I listed the postage a little higher so I was able to make a couple of dollars on the freight.

My other option for selling my comics are the online forums.  There are several forums that I am a member with (mainly action figure ones), so I may try to list them there for sale.  The benefit to this is I have a target audience looking at my ads.  I may get lucky to find someone who is willing to pay exactly what I want for my comics.

Hopefully I can sell some of my collection… so I can buy more comics.