I think the only thing we can be assured of for 2011 is that comics will continue to be produced. 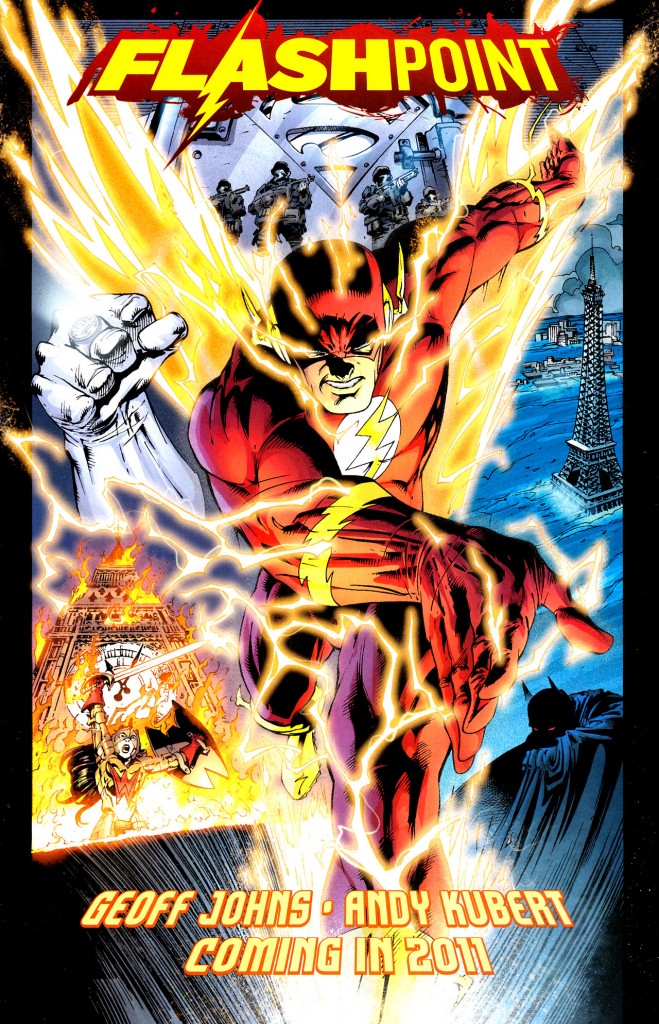 We had rumours last year of Diamond difficulties with outstanding unpaid accounts and store closures. Borders, 2nd largest bookstore in the U.S., just announced they’re delaying payments to suppliers which could spell doom for them and possibly other brick and mortar book sellers. Competing with Amazon and other online outlets will drive more stores out of business: those that focus on customer service will flourish since competing on price won’t work.

Digital distribution continues to be the focus for the comic industry as all possible revenue streams are explored. Hopefully 2011 will see the launch of under $200 colour tablets that will have us all reading our periodicals digitally.

It looks like the mega crossover events of last year will continue since they gave a spike to mainstream sales. As always vote with your dollars.

In terms of direction? Further fragmentation of form and focus. Corporate comics will continue to dominate but still lack direction and clear plans for rolling out product to the emerging and dividing markets. 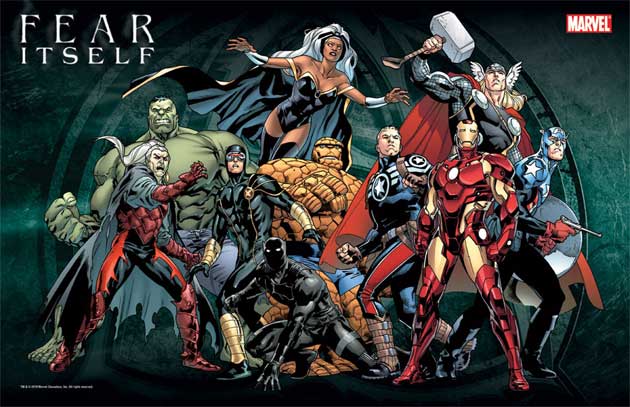 In terms of content? More of the same. Superheroes will continue to dominate, as always, but just because of the sheer number of superhero comics that are produced and made available by the publishers.

In terms of distribution? Publishers will continue to flirt with digital distribution but comic fans are notoriously cheap when it comes to buying new product and there’s no evidence to suggest that they will pay for their comics online either. As it is, they are too used to getting free bootlegs to pay for it, and this will continue to be an issue that will plague publishers in 2011 as they attempt to crack down on piracy. Maybe Marvel will start to get their books distributed by Disney for better visibility at theme parks? LOL.

I think 2010 was the first panic over the move to digital, 2011 will be everyone trying to really figure out how to do it. The big boys will slowly move to having everything digital day and date with the print versions. We will see numerous turn-key solutions to making your work available on digital platforms and many smaller creators will jump into the ring and the whole thing will sorta start all over again. I won’t be able to justify buying an iPad.

The book publishers work on a longer term and will likely only now be beginning to decide whether they will increase, decrease or hold the line on publishing comic work. With the success of BONE, Amulet and Smile, it’s likely Scholastic isn’t going to drop its graphix imprint anytime soon.

I expect some sort of major movie based on another independent comic announcement this year, despite Scott Pilgrim’s lackluster box office, Hollywood is always looking for an idea.

As to content? Haven’t we already heard about mega crossover events at least through the summer already? Guys in tights and Women in smaller tights will hit each other month after month, while having soap opera like emotional roller coasters. More covers that are themed across an entire company and have nothing to do with the interior. A brilliant work will not get the sales or attention it deserves.

These are easy, you just recycle last years!

I agree with my esteemed colleagues that it will be crossover after cuckoo-bananas crossover, but I feel that the big event will take a bit of a hit this year.

Big events will still be the best seller but I think that there will be a decline in sales from last year. We are getting tired of them.
I am expecting great things from Spider-Man and X-Men this year. Both have great direction and creative teams and are staring to climb their way back up to be Marvel’s flagship titles.
Due to movie-mania, we can expect way too many Captain America, Green Lantern, and Thor books this year. Don’t get me wrong, I love these characters but I don’t need a six issue Carol Ferris mini-series. The Cowboys Vs Aliens collected edition will see a sales boost due to Harrison Ford and Daniel Craig though.
On the topic of movies I am worried that 2011 might be the year that the comic book genre implodes. Genre films are cyclical in nature and we normally are treated to a great movie that starts the cycle and then a huge glut of utter trash crushes the viewing public. I still have high hopes but this could be the beginning of the end and next year’s Avengers movie could be the final nail in the coffin.
Digital is awesome. I love my Marvel Digital Unlimited and whatever company comes out with the best tablet to read flash (take that Apple) will have my cash. I also hope to see some more of the omnibus collections from all publishers and less stupid hardcovers. I don’t really need a hardcover edition of Siege for example. My anger at hardcovers seems to be subsiding but I don’t see myself embracing the medium with VanderPloeg or DeCourcy-esque vigor in 2011. 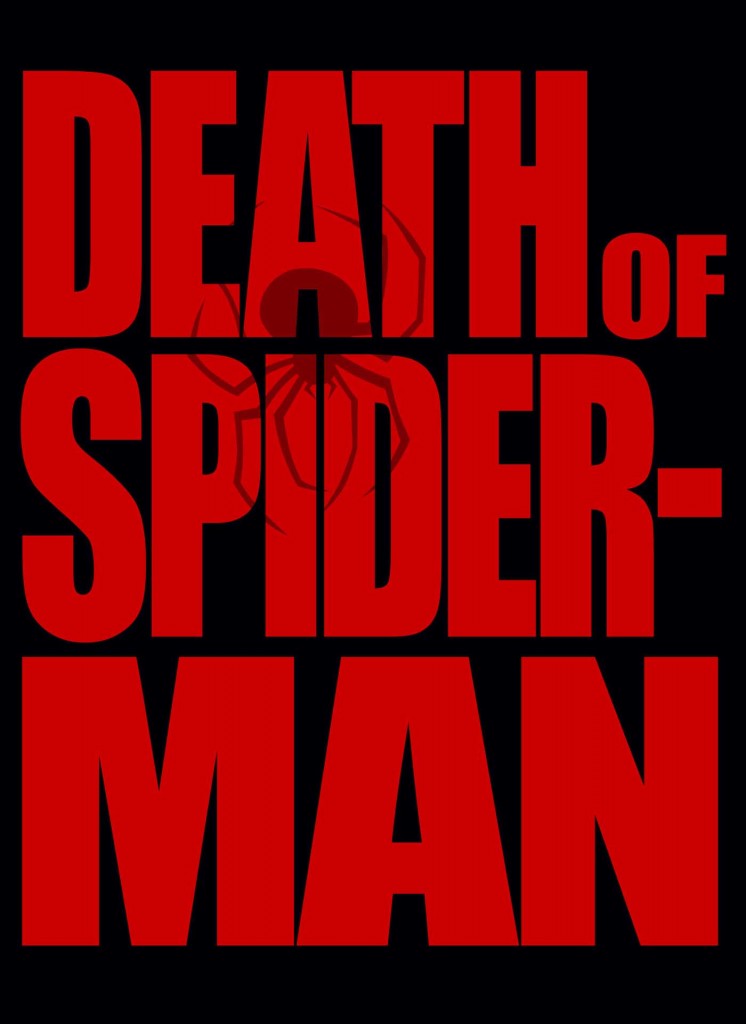 Oh, and Ultimate Spider-Man will die.

I am, in all honesty, looking for something different from comics in 2011. This past year has seen a HUGE dip in mainstream books that have kept my attention. Grant Morrison’s Batman aside I don’t know if Superheroes will be my cup of tea in 2011.

I’m hoping that 2011 will see a lot more “indie” artists like Simon Roy, Renee Engstrom, Matthew Loux, Marc Ellerby and  Adam Calwell and their projects get more and more attention. As much as the old guard of comics are important, the truth is we need new blood and fresh eyes to keep our medium growing.

I mean – when the biggest comic book news of 2011 so far is that someone is going to die in the Fantastic Four. I mean at this point hasn’t EVERYONE (including reverse FF Members) died at least once at this point?

I realize that gimmicks like this and HUGE-ASS crossovers work, but wouldn’t you prefer to read just a solid story? Look at Incognito/Criminal or Fear Agent or Scalped – these are the books that should be getting HUGE sales, instead they do okay and earn critical acclaim and strong word of mouth.

I hope that Paul Pope’s Battling Boy comes out this year and reinvigorates people like I’m currently under the impression that it will.