Who’s the best animal in comics, anthropomorphic or otherwise, and why? 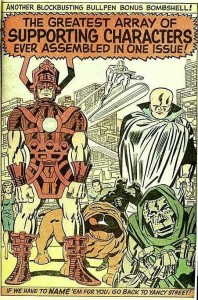 Though he was originally humanoid (and was mutated by the Terrigen Mists as a child), the best “animal” in comics has to be Lockjaw. It goes back to the Kirby/Lee era where he was more than just a pet or a convenient form of transportation (Deus ex Lockjaw), he saved the world a number of times and was just as badass as Galactus, Uatu the Watcher, the Silver Surfer and Doctor Doom. 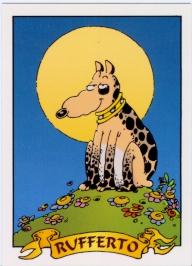 The GOAT of comic book animals is Groo’s faithful dog Rufferto. Originally a pampered and spoiled pup, Rufferto left his life of luxury for a life of danger with the mendicant barbarian. Rufferto is the only character in the series who appreciates Groo and he sees Groo as a tactical genius. Always ready to help his master in a fray, Sergio Aragones’s brilliant creation takes my number one spot. 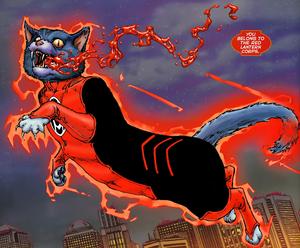 While I miss Raul the talking cat from pages of American Flagg!, the best animal in current comics has to be the Red Lantern Dex-Starr — an angry cat that vomits blood and hangs around head Red Lantern badass Atrocitus… what’s not to love? 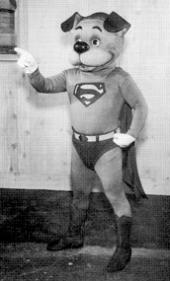 I’m going to say Krypto! He had his own animated series. However a special nod should go to “Superpup” which was meant to capitalize on the success of the Adventures of Superman series in 1958. Superpup’s alter ego was Bark Bent. (okay maybe I shouldn’t have added this….) 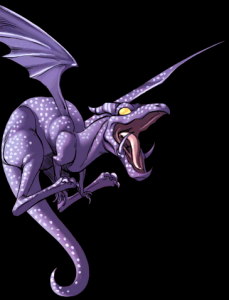 Lockheed, Kitty Pryde’s dragon sidekick. Why? Well, I’ve always been a pet lover, and a pet owner. So, I always thought it was pretty cool that Kitty got to have a pet dragon, not even just a dragon, an alien dragon – with wings and empathic powers and everything! He’s able to resist telekinetic attacks and breathes fire! He can even talk. Seriously, what a wicked side kick. Created by Chris Claremont (X-men royalty in terms of writing and character development) and artist Paul Smith. Lockheed first appeared in Uncanny X-Men (my favorite title) #166 in 1983. He and Kitty have been attached ever since he followed her home from a battle with the Brood. In Astonishing X-Men it came out he and Kitty were connected deeply, telepathically and therefore he can find her anywhere. So, the cat came back – even as Kitty is trapped inside that awful earth penetrating bullet. 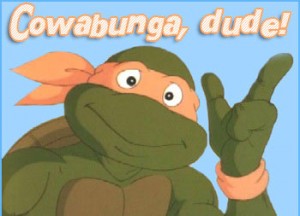 Michelangelo – All of the Mutant Turtles have been successful, especially in media other than comics, but Mikey is my favorite. Mikey is easy going and fun. If he can shred up the sewers on his board, smack around some foot clan with his ‘chuks and grab a slice of pizza – Mikey is happy. He has also come up with most of the catchphrases for TMNT.

My close second is Darkwing Duck.

Gnort! The worst Green Lantern of them all. Noticed that ep of B&B was written by DeMatteis, awesome! 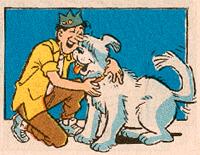 You’re all crazy! The greatest comic book animal ever is Hot Dog, Jughead’s dog. Look at his lovable shaggy white demeanor! With his appetite and ability to get involved in all of Archie and the gang’s antics he reminds me of a animal me…what is that a good thing?

I always thought anthropomorphic animals in comics were a waste of time, a bit of humour for the kiddies.  That is until I read Grandville from Bryan Talbot and took a deep liking to Detective Inspector LeBrock, a bad-ass murder solving badger.