Today’s Question: If you could put a writer and artist on one comic book title who would it be and why? 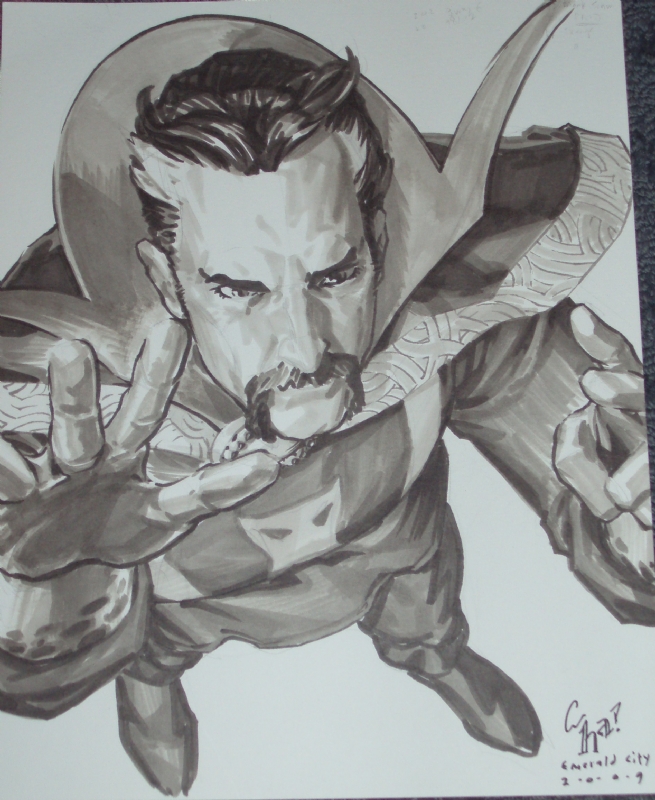 I would love to see a collaboration of Dan Slott’s writing with Gene Ha’s artwork on a Dr. Strange comic. Slott’s often quirky, yet respectful writing style would complement Ha’s ability to draw almost anything.

I think that having John Romita Jr. and Paul Jenkins give their take on Superman would be some quality comic books. JRJR would do a great job of the Big Red S and he has been quoted in interviews as being very interested in the job. 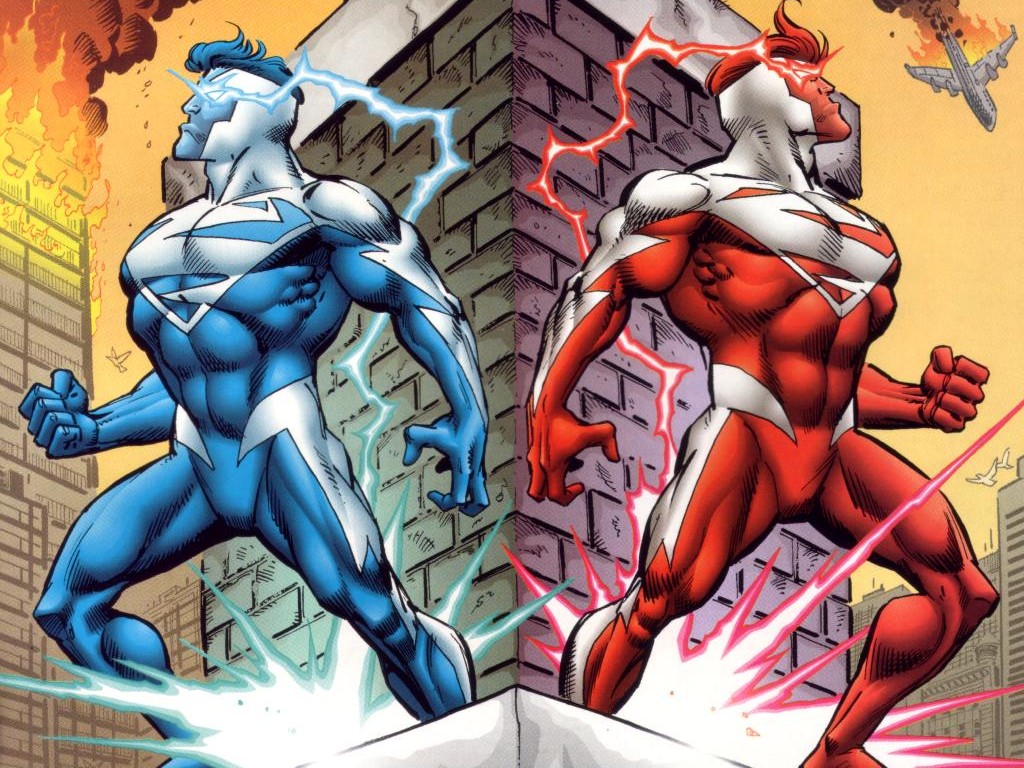 Jenkins does a great job of writing the character how they are supposed to be written. He doesn’t add a bunch of crappy ideas; spider-totem my ass McBain. If you don’t believe me read his Spider-Man stuff. All of it is top-notch. There is nothing ground breaking but there is issue after issue of entertaining story.

That is what you want with a great Superman story. You don’t want anything new and crazy. Superman Blue and Superman Red anyone? Effing brutal.

Hmmm…if I only have to pick one? I don’t know. Frank Miller and Jim Lee would be awesome, right? Right!? Anyone? 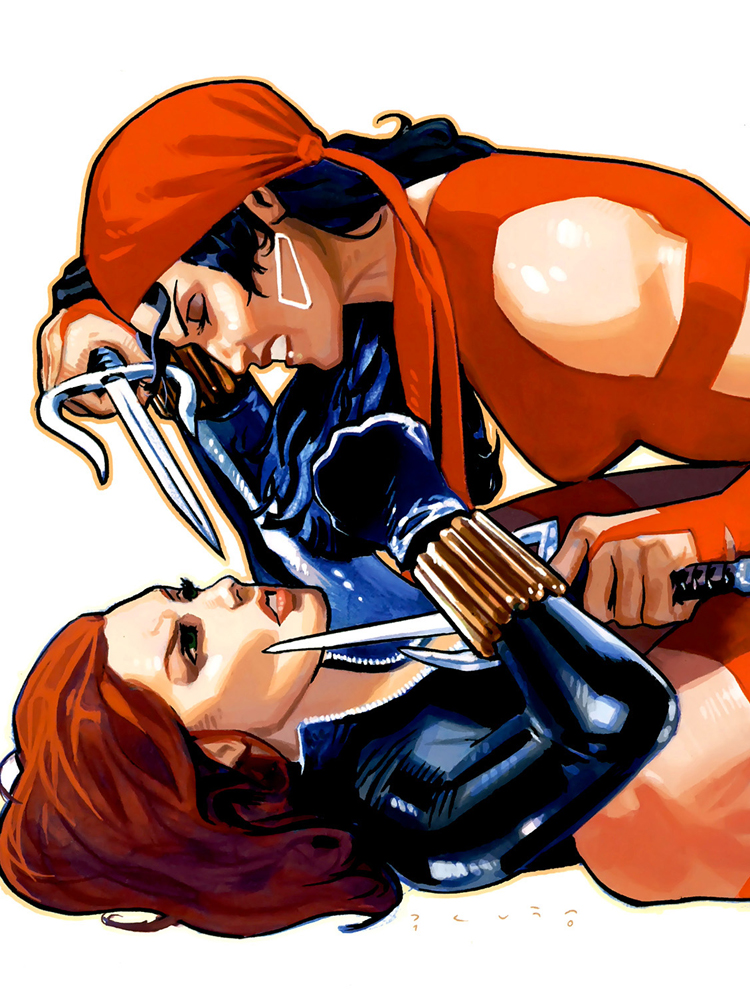 If I really had to pick one team, I’d have to go back to Elektra. I like what Zeb Wells has done, and I have nothing against him. But if I could have one team on an Elektra book, I’d pair Joss Whedon with Mauro Cascioli (Cry for Justice). Whedon has always written strong female characters, and I’d be interested to see what kind of stories he could write for Elektra. As for the art, I loved his work on Cry for Justice and I think it would fit well with the tone the book would take. 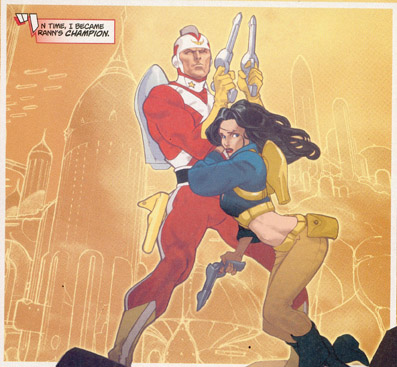 I prefer single creators doing the writing and penciling if not all the artwork.  We really need Mike Cho putting out a monthly Fat Fury book or Darwyn Cooke on Adam Strange.  Lighter material that harkens back to the 60s with upbeat stories, entertaining villians and not a single cuss word, rape or killing.

Anthony Falcone: No cuss words, rapes, or killings? What are comic books supposed to have in them? 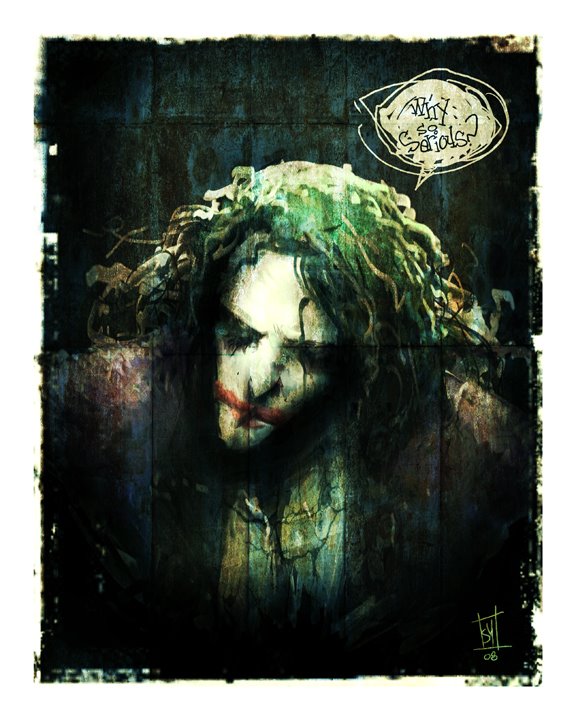 And my selection is the exact opposite of Scott’s in terms of the potential amount of perversity, violence, and cussing.

I’d like to see Garth Ennis and Skottie Young take on Joker. Garth Ennis knows just how sadistic human beings really are, once you strip away the social (as evidenced in Crossed), but he’s also shown that he can be serious too (Battlefields). I think he’d bring a good mix of squick, comedy, and psychological analysis to the table. In terms of Skottie Young, he’s been my choice to draw Joker since I saw this on his Deviant Art portfolio. This is an AWESOME Joker. Together, they could maybe give us a Joker that’s absolutely terrifying (without relying on the shock factor; this should be a quasi-serious Joker narrative).

I would love to see Alan Moore and Gene Ha back on Top 10. That series did the whole superhero buddy cop thing exceptionally without being endless pages of monologues ala Bendis’ Powers . Gene Ha did a fantastic job on showcasing Moore’s vision of a city containing nothing but the superpowered element. I know there was a recent Top 10 series relaunch with art by Gene Ha but that felt really lackluster without Moore’s writing on it and it showed when it all of a sudden disappeared from the racks without ever finishing. Moore added that little almost indefinable shine to the book that I knew was missing right away as I read the first issue without even checking to see who wrote it. On a side note, is it just me or does Bendis love to throw in the words mensch and shtupping into his comic writing?

Alan Moore and Bill Sienkiewicz on Big Numbers. I saw the issue 3 art that was floating around a while ago and it’s one of the saddest losses.

Knowing that that’s not gonna happen, what I want is some of the great teams back, for a long haul. None of this 6 issues then someone else comes in a messes it all up. I want Art Adams to be able to do a monthly Longshot book, and I’m happy to have Ann Nocenti work on it with him writing.

How about Spidey by J.M.DeMatties and Romita Jr. But for like a hundred issues, and no stupid events or five other Spiderman titles.

Or the Giffen, Maguire Bwa-Ha league, but again, not a special. Please? 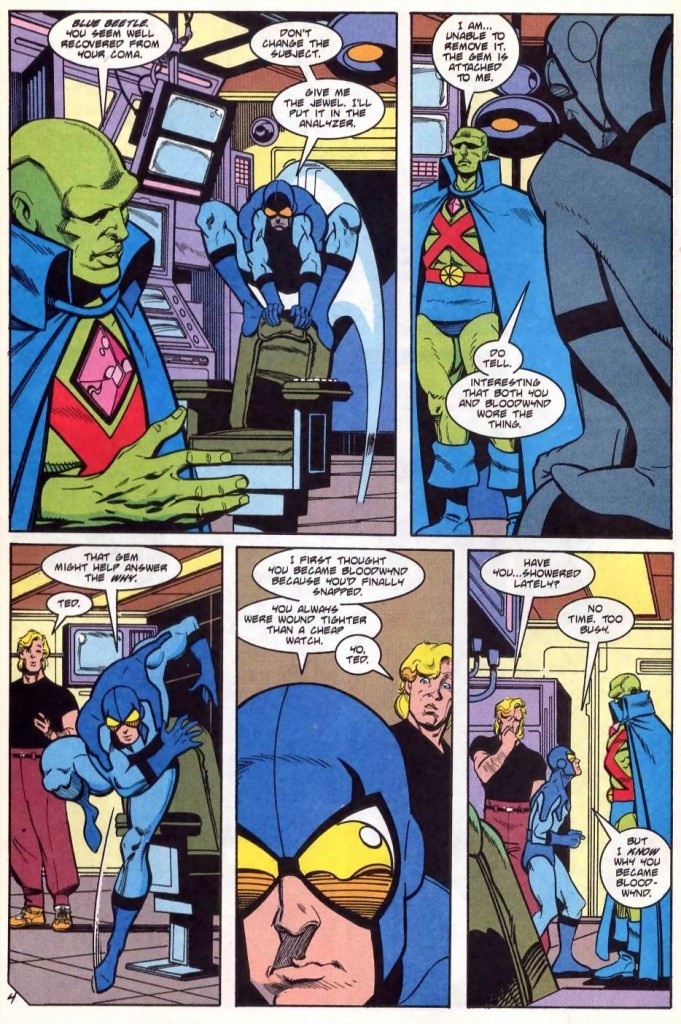 Dan Jurgens on JLA as writer and artist. He seems to have the right voice for all the characters in the DCU and his artwork is the right amount of cartoony  and sharp lines. Why not give this man the flagship title? 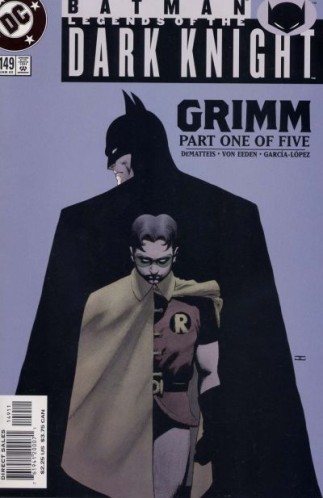 Pete DeCourcy: Ed Brubaker actually had a really good run on Batman that’s barely been collected. (just the big crossovers.) The only downside is that he has Scott McDaniel’s on art and I’m just not a fan of his.

I’d love to see Warren Ellis write a Batman title and be given free reign. The only Ellis Batman I’ve ever read was the four page Batman black and white he did with Jim Lee and that was the perfect Batman story.

Kevin Boyd: You should check out Batman/Planetary by Ellis and Cassaday then!

Okay, that’s it for this week! Stay tuned next week for our Halloween edition!