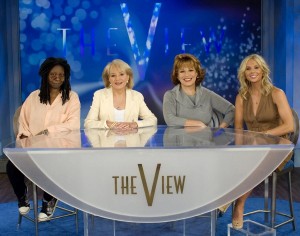 DEADLINE:  Asgard–    Marvel used ABC’s “The View” to introduce the first female to  portray THOR in its new comicbook series. THOR will be written by Jason Aaron with art by Russell Dauterman. Aaron emphasizes, “This is not She-Thor. This is not Lady Thor. This is not Thorita. This is THOR. This is the THOR of the Marvel Universe. But it’s unlike any Thor we’ve ever seen before.” Ironically, the “View” broadcast had to be delayed a half hour while the production staff explained to the cast what a comic book actually was. And for a couple, what a BOOK actually was 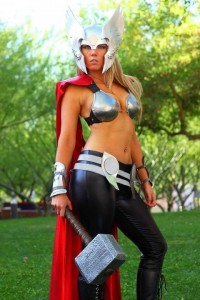 –”I thought I was doing a pretty good job! Who did I piss off?” -CHRIS HEMSWORTH

–”When they make Volstagg a chick, gimme a call” -MELISSA McCARTHY

–”I’m certainly glad I dodged this bullet on THE VIEW! Imagine how badly I would have screwed up reading ‘Mjolnir’ off the teleprompter -BARBARA WALTERS

“Face the Wrath of the Anti-Rugrats”