Do you want to know why I’m putting Kirby dots (sometimes known as Kirby crackle) as our first entry in Why I Heart Comics?

Because Kirby Dots are like foreshadowing that something awesome is going to happen. 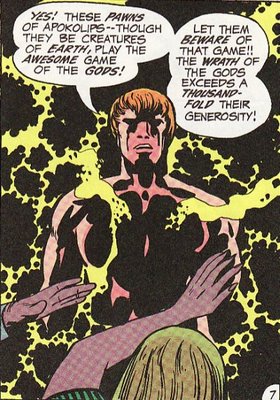 Awesome in this case means a naked man brimming with awesome black dots that symbolize power! 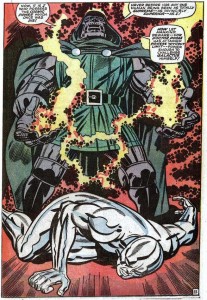 Then there's the time that Dr. Doom steals the power cosmic from Silver Surfer and basically becomes the most awesome person in the world.

Kirby dots are named after Jack Kirby, perhaps one of the most influential comic artists ever, of all gifts that Mr. Kirby has given to the medium; Kirby dots are one of the coolest (and let’s be honest here, Kirby has gifted many techniques and styles to sequential art.) Kirby created/discovered the power of simply arranging black spots to achieve an illusion of power even greater than he or anyone else had achieved before.

This technique has been aped by many creators since Kirby (Mike Mignola’s Hellboy – a character whose style and content owes much to Jack Kirby – uses the dots to great effect.)

For me, whenever I see traces of Kirby Krackle I know that something awesome is about to happen, and to be honest – isn’t that why we read comics in the first place? 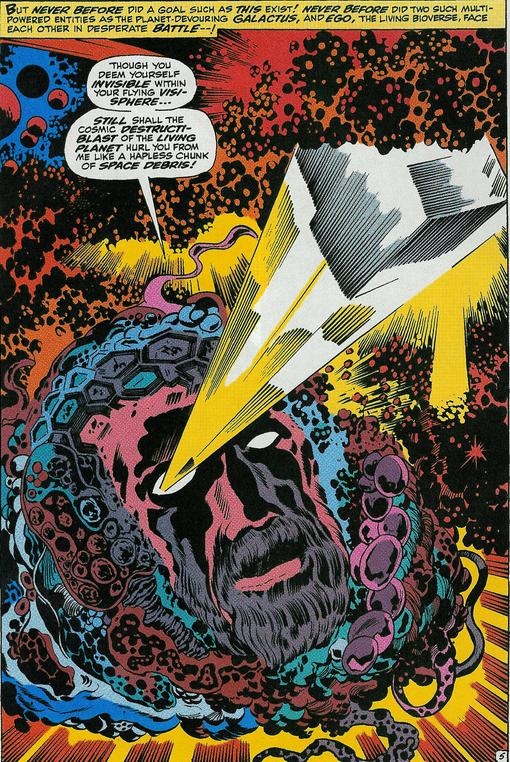 I AM FREAKING OUT!

For more information on the Kirby Crackle/Dots check out:

I Heart Comics: My First Comic