Moebius or Jean Giraud is one of those world famous comic book artists that no one in North America (except, of course, true lovers of the medium). He’s known for his far out sci-fi comic strips from Heavy Metal or his wonderful western series Blueberry. Moebius’ is sort of like the Velvet Underground of comic art – everyone who has come upon his art automatically wants to be a artist. 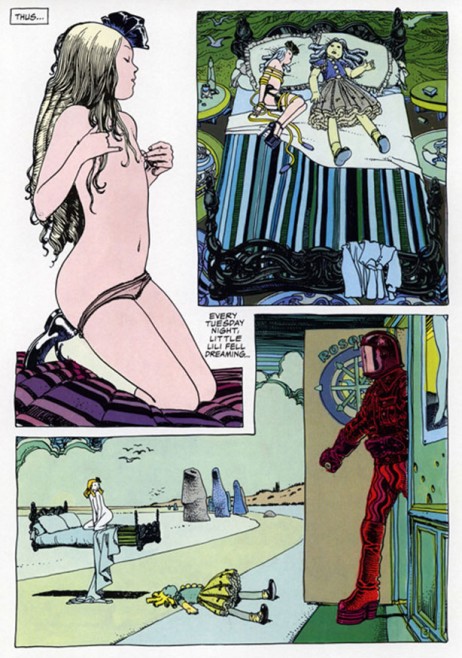 Inspired by one of his more controversial images, artists like Paul Pope, Brandon Graham, Corey Lewis and D-pi are giving their unique take. I’ll present them in that order. 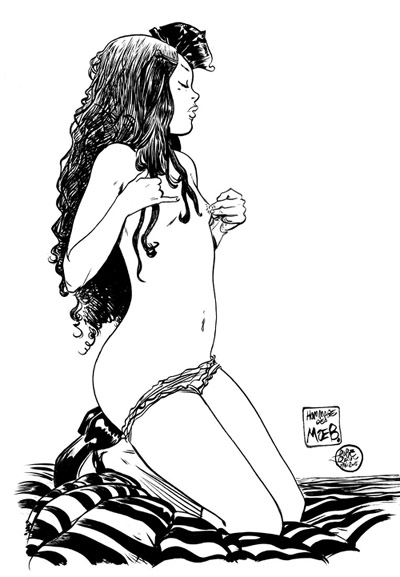 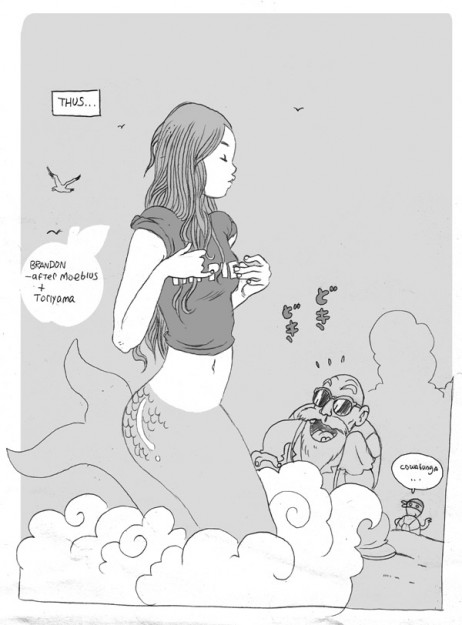 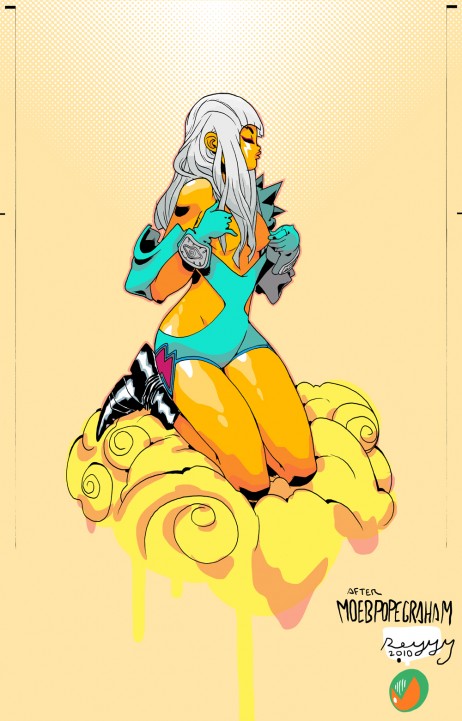 Corey Lewis meanwhile ups the ante by aging the girl and making her.. Lady Gaga?  Lewis’ style is well suited for this sort of pop art homage, and thus far his ‘version’ is my favourite, mostly because it’s so brash and Warholian that you can’t help but kind of adore it. He adds: “Ya I went a bit OUT on mine. Whatevvvz. Yeah, I drew Lady Gaga (or for DONJINSHI purposes– my interpretations of her are known as “LADY XAXA”). I variated my version of the nipple tweak, too. Mine’s more of a PINCH! OO“ 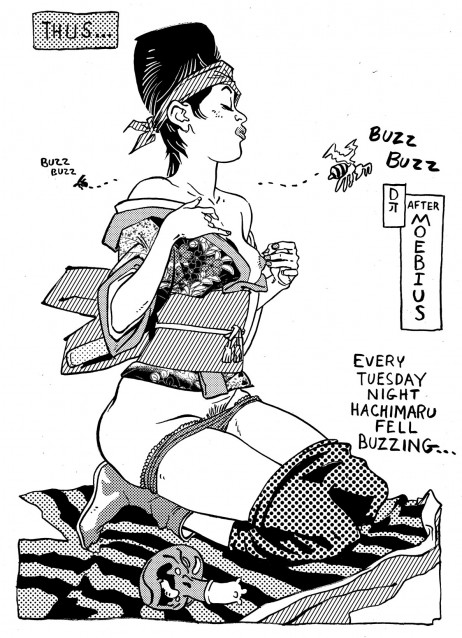 Finally we come to D-pi – an artist I’ll confess to not be as familiar with. Which is something I’m going to immediately correct by checking out all the entries of his webcomic Gratuitous Ninja. He himself says of his piece: “I’ve replaced the pubescent girl with the sexually frustrated Hachimaru from GratNin. Her posture is a little different than the original… and it’s not the only unintentional glaring difference…  Next time, I’ll do a straight study. Moebius is a BEASTTT!“