Original art is near and dear to my heart; I’ve been an active collector for a few years and really enjoy getting a completely unique piece of comic art when attending a comic convention. I diligently check the list of attending guests and then decide who I’m going to try and get a sketch from, and what character to get. I’m of the opinion you’ll get the best sketch or commission if the artist is drawing character they’re very familiar with. I show up at the con and line up in the hopes of getting my name on their list. But those days may be over.

Recently Gary Friedrich lost a lawsuit he launched against Marvel for creator rights to Ghost Rider; the big news was that he had to pay back $17,000 he had made from selling Ghost Rider prints at comic conventions. Here’s a quote from Joe Quesada.

[quote]Now, here’s where the story seems to take on a life of its own. First and foremost, Marvel has not settled with Gary. What has been misinterpreted as a settlement is a court document that Gary’s very own attorneys agreed to, along with Marvel’s attorneys. That document basically ends his lawsuit against Marvel at the trial court level with Marvel having won and Gary’s case dismissed. By agreeing on a number for the profits Gary made from selling unlicensed Johnny Blaze/Ghost Rider merchandise after the court has decided that Marvel is the owner of that copyright, it allows Gary’s attorneys to file his appeal now rather than have Gary litigate further. It is in no way a “fine” or “punishment” for Gary. It is something that the court asked both parties to do and agree upon.[/quote]

Dan Buckley in the same interview added this.

[quote]We in no way want to interfere with creators at conventions who are providing a positive Marvel experience for our fans. We want fans to speak and interact with the creators who wrote, penciled, inked, lettered, colored or edited their favorite stories. Part of that positive interaction is that a fan can walk away with a signed memento or personalized sketch from an artist.[/quote]

To me that sounds pretty straightforward: artists can continue producing sketches for fans at conventions, but don’t sell merchandise that you don’t have a license for such as prints, t-shirts, buttons, etc. Friedrich wasn’t selling sketches, he was selling prints of Ghost Rider.

At least that’s Marvel’s stance for now. To keep themselves in the clear many artists are taking the stance that they won’t do any sketches for characters they don’t own. Tony Harris recently posted his thoughts. 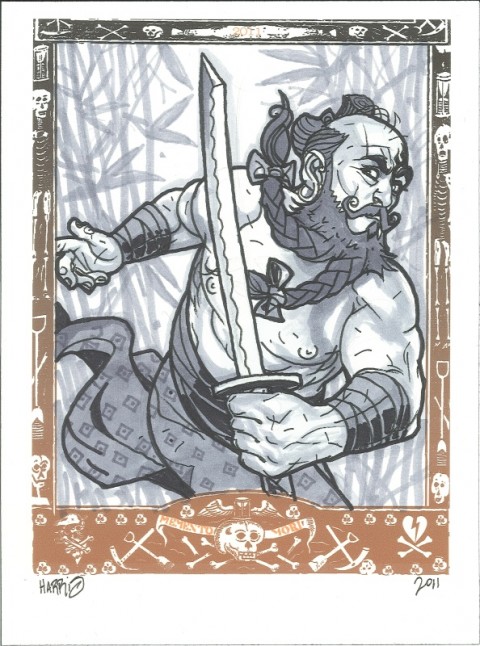 [quote]My next Con is gonna be the 30th anniversary of the HEROES CONVENTION! So starting then, I am gonna stop taking commissions for copyrighted, company owned characters. I will still sketch, but just my characters, public domain, and the characters I have permission to use( from their respective creators ). This may seem to come outta nowhere, but it isn’t that at all. The industry is changing FAST. By that I mean redefining Rights, Clearly defining copyright Law, and the opportunities afforded creators to create and publish their properties is shrinking. Not to say the Industry is hurting, because I don’t think it is. Just changing. For the good, and the bad. So as a player you have to adapt. So that’s what I’m doing. I wanna avoid problems with any of the afore mentioned publishers, and continue to make great Comics. I don’t wanna deal with the “possible” hassle of stepping on toes, and crossing legal lines. Safer than sorry. If I don’t involve myself in things that could entangle me in unpleasant events, then those things wont come to pass.[/quote]

That’s a line in the sand, and could be a good thing for everyone. This could promote creator owned properties in a new and exciting way while detracting from Marvel and DC’s stable of corporate owned creations. I like the idea of getting a sketch of a character the artist feels passionately about, but I’m sure those requests are in the minority. Most people want Spider-Man or Batman, and who can blame them. 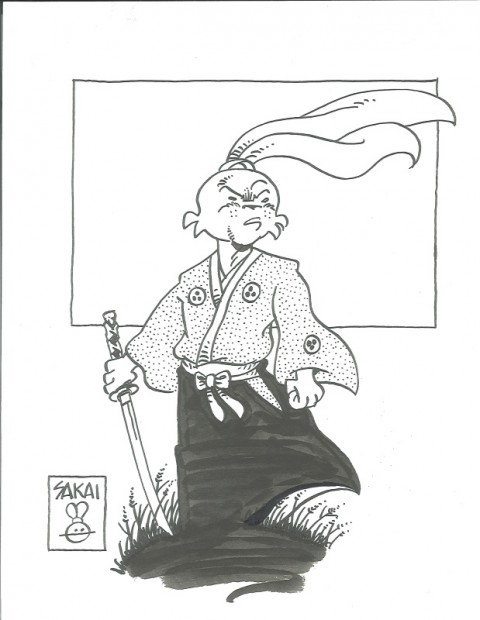 Included in this post are two sketches from Boston last year: Roundeye and Usagi Yojimbo, both creator owned properties. Let’s see what happens at this year’s comic conventions, but for those seeking sketches check with the artists before the show to see what they’re willing to draw.