Another amazing Toronto Comic Arts Festival, or TCAF, this past weekend. It’s a free show in a wonderful space, so there’s nothing to hold a reader back from attending. As has become our tradition my son and I attend Saturday from show opening until we’ve browsed everything twice. He is eight and the world of comic reading at this point is super heroes, which are few and far between at TCAF. Anything I pass along to him is met with enthusiasm, Usagi Yojimbo and Elf Quest to name recent reads, but he’s enamoured with big screen movies like most of the population.

For me TCAF is about visiting publishers I otherwise don’t get a chance to see at other Canadian shows. This year that meant Fantagraphics, SelfMadeHero, Cinebook and Lost Art Books. At TCAF you can speak to the reps, thumb all the books they have, and get a feel for the material. The rest of the year I look through Diamond Previews, scour the internet for samples, and order books from these publishers mostly site unseen. 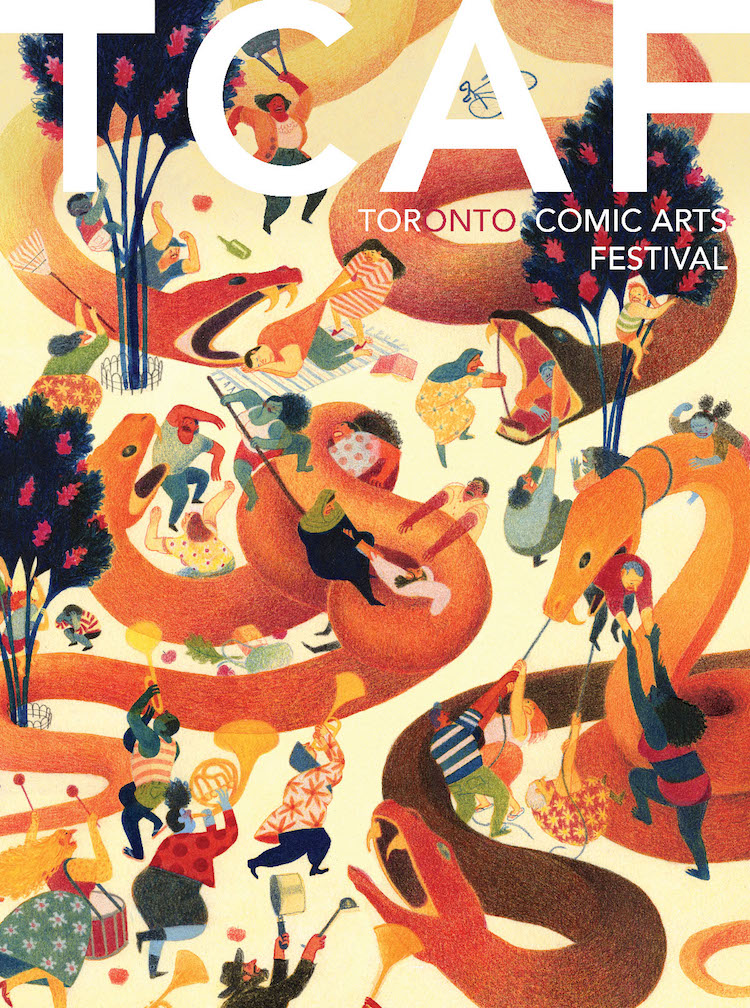 TCAF is a browsing experience mostly, with few purchases. Check everything out and put in my orders at my local comic shop. I do like to buy works from the creator if they’re attending and get the book signed. Hopefully those were comped copies from their publisher and they’re getting all the profit.

I like to support my local comic shop, but it’s a running joke that any book I’ve preordered was the only copy the store received. I don’t read any Marvel or DC, sticking mainly to art books, newspaper strips and European translations.I had my super hero decades but it just doesn’t appeal anymore.

My first stop, as always, was Fantagraphics. No creators for me this year but I got a chance to chat with the ever fashionable and extremely personable Jacqueline Cohen, Fantagraphics public relations manager. They have three Studio Editions announced, Hal Foster’s Prince Valiant, Jaime Hernandez and Charles Burns’ Black Hole, but the first two have passed their release dates with no signs of arrival. She assured me they were coming and that the Prince Valiant Studio Edition was gigantic and amazing. Also the Jaime Hernandez was going to the printer and would take about six months for release. Oh well; at least it sounds like we’ll see something in 2017. 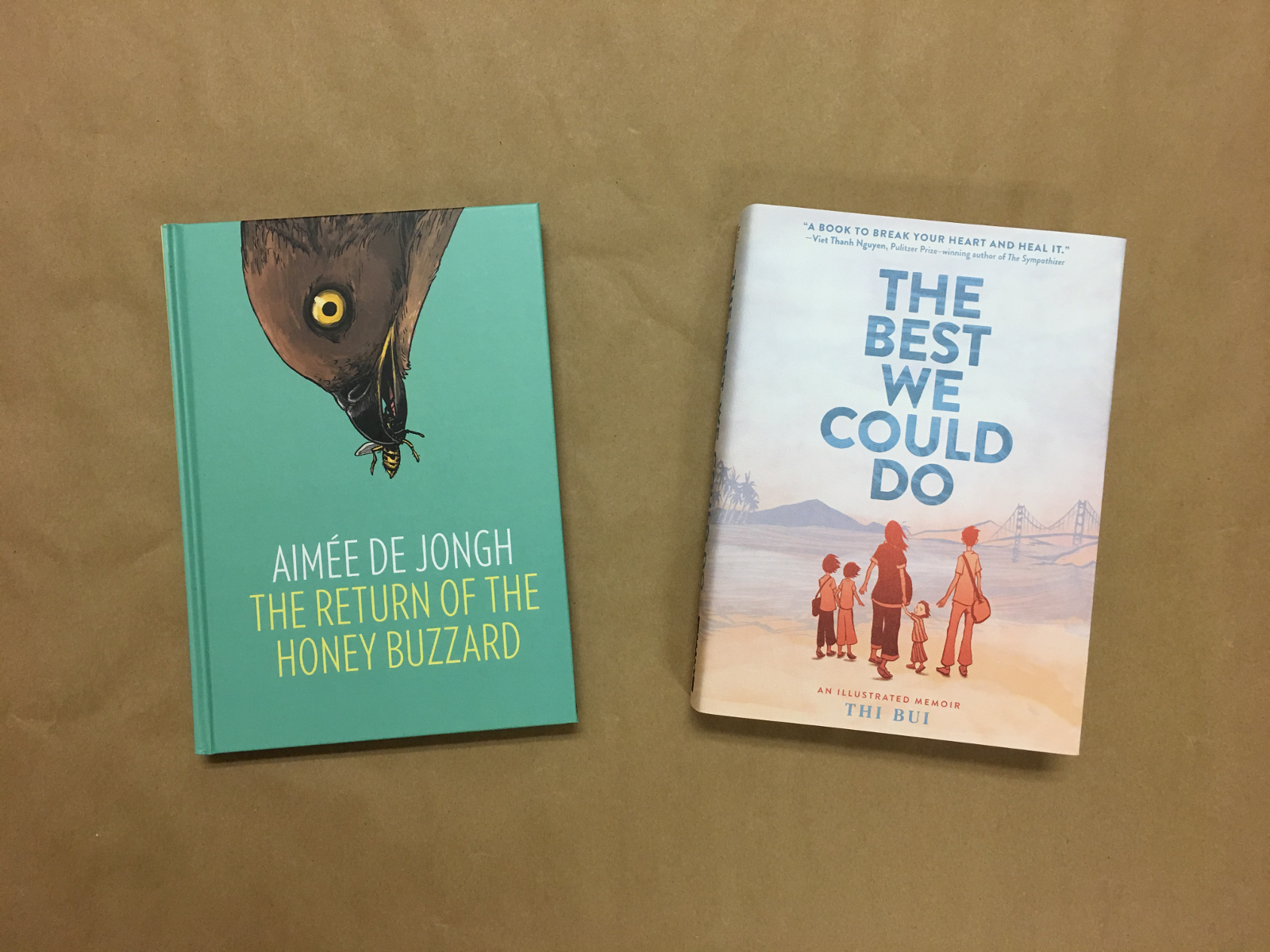 Just around the corner was SelfMadeHero, a wonderful British publisher with a great catalogue or graphic novels. They had two creators signing Saturday morning, Aimée De Jongh and Thi Bui, and I perused both books and picked them up. Both authors were gracious enough to sign and sketch my purchases. Also chatted with the rep about I.N.J. Culbard and the missing H.P. Lovecraft book they had announced last year, but it’s not coming in any near future. Culbard is working on other projects at the moment. I looked over their table but didn’t find anything else.

We lapped the higher floors a few times while I searched for Lost Art Books, and my heart sunk as I realized they were the one empty table I kept passing. I spoke with a TCAF volunteer who spoke to someone else who grabbed someone else and pretty soon we had a group of helpful people telling me Lost Art Books cancelled the night before. They had preshipped their books and were in boxes under the table but unfortunately they weren’t for sale. I had been seeing their books online for years but never had a chance to thumb through any, and to my knowledge they don’t distribute in Canada so this was my chance. Hopefully they attend next year. 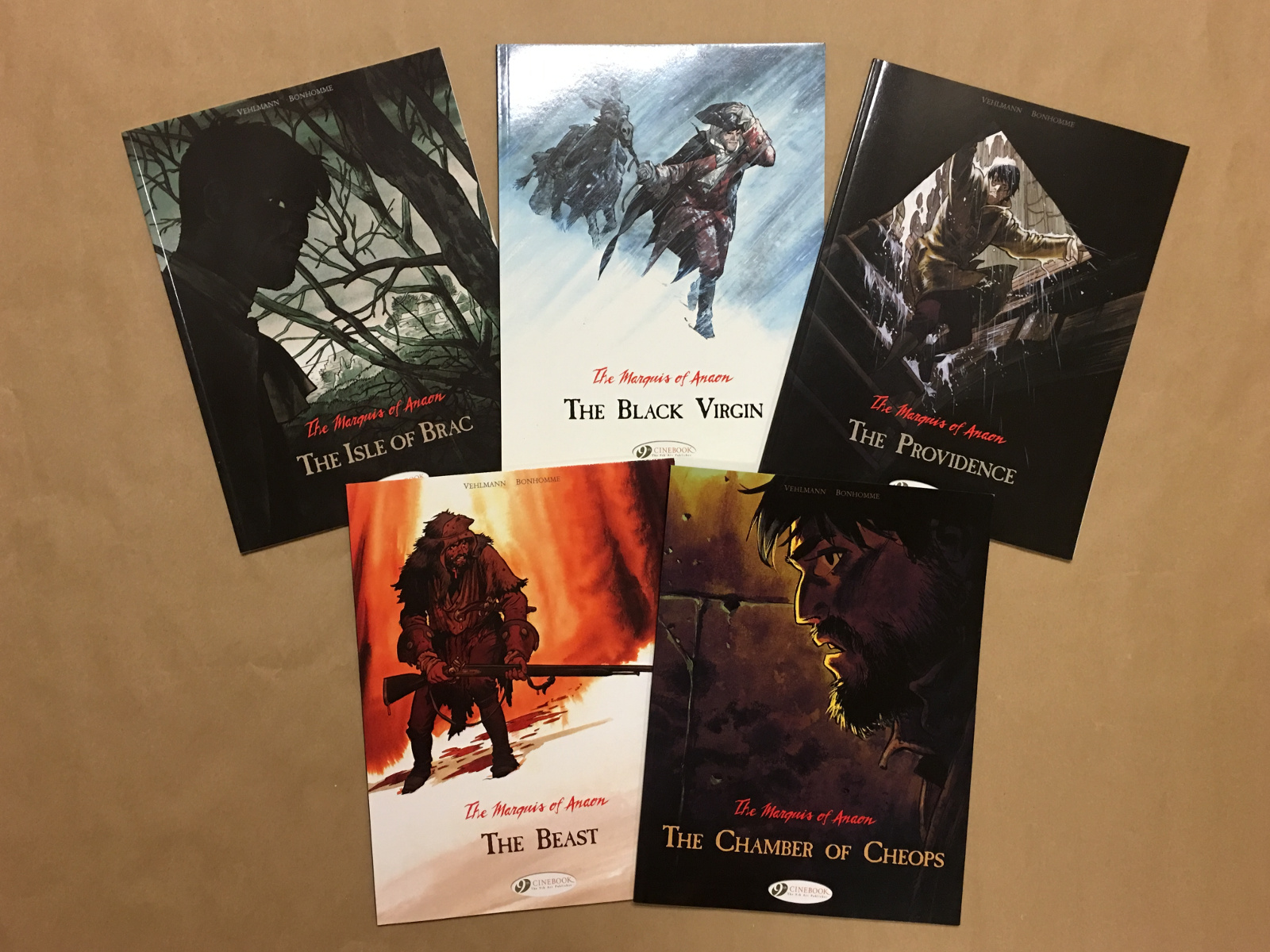 Last up was Cinebook. I love Cinebook and the material they publish but I find the material price prohibitive: about $16 Canadian for a 48 page softcover. Ouch. They had a single table with one very friendly and knowledgeable rep who was offering a very compelling sale: buy ten books and only pay for five. They had the full run of The Marquis Of Anaon, five books, which I had been thinking about buying for some time. As well they had a giant stack of Lucky Luke volumes. I’d finally found something for my son to sink his teeth into, so he picked out five Lucky Luke’s that looked interesting.

In between table searching I run into a bunch of people I know and we stop and chat, much to the frustration of my son who then looks for a place to sit for the inevitable 20-30 minutes. This year was no different. We popped over to the Masonic Temple to see the “mainstream” creators such as Sean Phillips, Ramon Perez and our friends at RAID Studios. Chatted with former CBD contributor Anthony Falcone, now a famous Canadian author with Chapterhouse. Unfortunately it’s a very dark space and it was cluttered with lines of people getting books signed, which is an unwelcome reminder of most comic shows and something we try and avoid at TCAF.

Our day ended with a visit to BMV, like always, for discounted books. I picked up some Titan and Humanoids titles and thought these two publishers should be attending TCAF as well. Maybe next year!