I started reading comics in 1980 when I spotted a G.I. Joe comic at my local Mac’s Milk store, having already enjoyed the new cartoon at my altogether tender age of eight. It didn’t take long for me to make my way to downtown Hamilton Ontario and frequent the comic shops along James Street North. That jump from newsstand to specialty shop opened my eyes to the wonders of back issues, including those “classics” deserving wall space and higher prices.

I didn’t have much money then so I stuck to what I enjoyed and could afford: Miller’s Daredevil and Byrne’s Uncanny X-Men, cheap in those days. My favourite was The Invaders and was my first series that I hunted down mercilessly, including the local flee markets. To eight year old me these were classics, but I did spot a lot of comics that were held in high esteem by my mother and her baby boomer generation, including the EC Comics line, Lee and Kirby’s Fantastic Four and specifically Silver Surfer, and campy Batman. To that group these were gems, the magic of childhood memories. 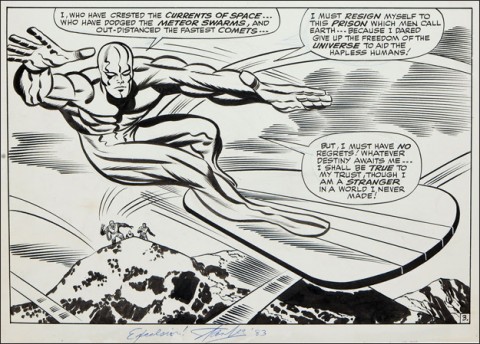 Of course no one of that group had read a single comic since their childhood so it was an interesting take on what’s truly classic. There was a great quote to lead off a rant against EC that I enjoyed.

“But have you heard anyone say, “Lord! When I was young, we didn’t have such nice games to play!” Or, “When I was little, there weren’t such wonderful story books!” No. Whatever people read or played with in their childhood not only seems in memory to have been the most beautiful and best thing possible; it often, wrongly, seems unique.”

After moving this spring I was able to set up a home office / library and have been perusing the shelves, picking out material that I hadn’t read since my youth. Some I remember as pure wonder, others way above my head. Now picking through them and giving each a thorough read it’s interesting to see whether these comics are indeed classics or merely much-loved childhood memories. 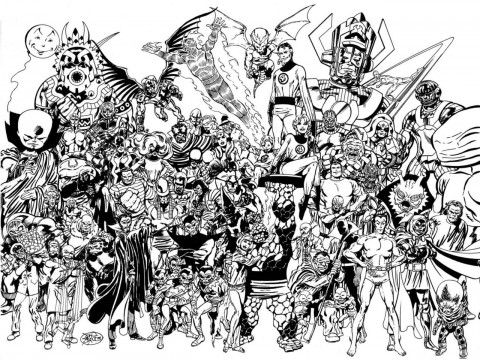 The Invaders doesn’t do much holding up, but it’s easy to see why these Nazi smashing adventures held such strong allure for me; of course now I appreciate the Frank Robbins art. X-Men and Daredevil from those days are put on pillars today and rightly so, but I’m having the most enjoyment from Byrne’s run on Fantastic Four. I bought each trade paperback as it was published but never got around to reading them: it was only after seeing the omnibus that I decided to pull them off the shelf.

And isn’t that the beauty of a cherished hobby: to revisit not only the material, whether it holds up or not, but the memories that go along with it.