“Europe’s equivalent to San Diego Comic Con, MCM London Comic Con has gone from strength to strength over recent years, and the latest show has seen another substantial hike in visitor numbers – 70,200 compared to the 64,000 attendees at the previous event back in May, which was in itself a record figure.” 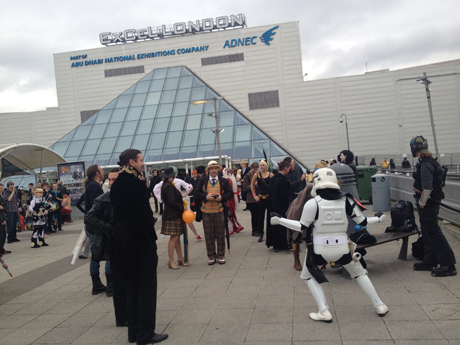 Being “Europe’s equivalent to San Diego Comic Con”  is fantastic.  Probably the most commercial of the 3 big comic-culture events that happened in London this year, the MCM London Comic Con was chocka-block with costumes, video games, tv stars and general fantasticness. 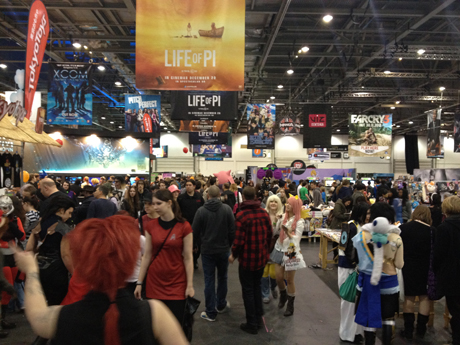 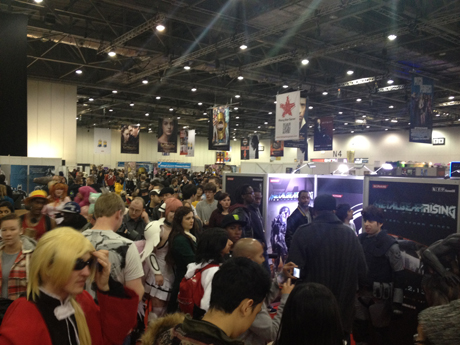 The retail side of things was impressive in terms of t-shirts, toys, gimmick-items and general merchandise.  But there was literally only one actual comic book stand.  One.   It was probably the best 3 days’ business the poor guy’s ever done in his life but as a ‘punter’… I wanted more.  There were  a couple of Grovel stands which also seemed to be doing pretty good business but, this show was definitely more geared towards the general culture as opposed to actual comic books.  Cool and not cool. 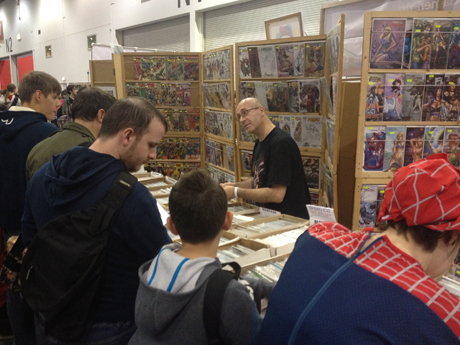 The venue was big and bright and clean and loud and the atmosphere was buzzing like a carnival.  At every turn there was an enclosed and branded capsule showing a new 3D demo of the latest… ‘something’ and all these little shows, demos, classes and forums were packed with costumed fans all lapping it up and really celebrating their hobby.  It was fun to see. 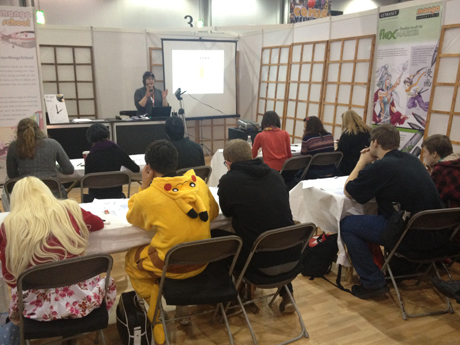 For me, the panels have to be set back from the convention hall itself.  They have to be in a separate room with good seating, sound and visuals.  If the panels are happening within the actual convention hall on the other side of a large curtain, people tend to come-and-go as they please and it’s impossible to hear anything. 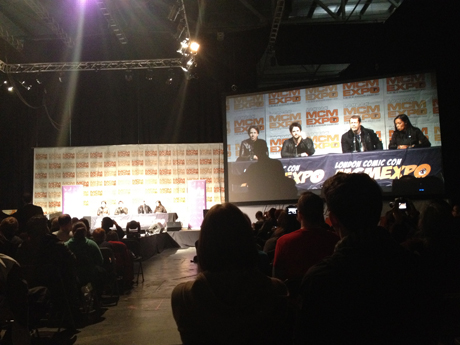 The Guardian  ran a piece about the show and shined a spotlight on the cosplayers in particular.  Whether or not the piece is mocking these guys and girls is for you to decide, I guess.   That said, national exposure to a Comic Culture event in the UK is great news in any case.

If you’re a comic book retailer, I’d say… go to this show next year.  If you’re a fan of all things nerdy I’d say… go to the show for sure, take your bf/gf and treat it like a carnival day, have a walk around, soak in the atmosphere, play some games n stuff.   But if you’re a serious comics guy or girl and you want signings and panels from the industry’s top writers and artists or  you’re a creator looking to network these people, I’d say go to Kapow! instead.  A much better Con to spend time on your own — or with a fellow nerd — searching around for books and generally mixing it up with the big comic book publishers.

Good times on a broad stage.  A little too broad for me though.

A fantastic show for sure but, certainly more in favour of TV, video games and movies, and who am I to moan about that!