I received an email from Informa Canada this week promoting guests of the upcoming Toronto ComiCon, March 7-9 at the Metro Toronto Convention Centre. This used to be a comics only affair every spring, for a while even having free admission. Since the death of Wizard World Toronto Informa has positioned it as a mini Fan Expo, and why not.

Anyway, back to the email I received. It listed five celebrity guests. That’s it. No comic creators. I went to the website to see if I was missing something. It turns out we all were missing something: comic guests at Toronto ComiCon. scrolling down I was greeted with this graphic. Hmm. Not to worry, it was followed up by the next graphic. Hmm. TBA. Who is this single named tour de force sweeping Toronto ComiCon’s comic guest list? 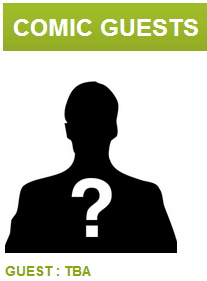 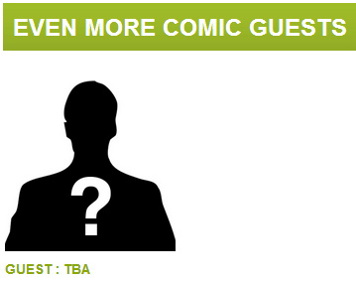 Shows are about money and based on guests at all the Ontario shows in the last year celebrity guests make money for shows and comic people don’t. I’m calling them shows now since that seems to be the focus: a display of celebrity guests you can get your picture with.

I’m sure Informa will gather the usual Southern Ontario comic creators, with the lure of free tables, but this three day show is five weeks away and they have five guests listed. How did this become a three day show anyway: I guess the new owners want to get paid. Don’t forget Fan Expo Canada was purchased by Informa Canada last year, and with that purchase changes were made. Let’s hope they’re good changes.

Perhaps myself and the rest of the CBD readers just aren’t the target market for these shows anymore.