Marvel and DC are companies, and like all companies they stand behind their product. But unlike other companies, who may market to a range of audiences, Marvel and DC are looking to take money from a very specific section of the populace. 20th Century Fox makes movies but it has a different target audience for Ice Age than it does for 12 Years a Slave. It doesn’t expect the audience to enjoy everything they produce.

But isn’t that implicitly what Marvel and DC state by having a shared universe for their stories? If all their stories are great and if they all have the same heroes who live in the same world then wouldn’t I want to buy every book they produce? I decided to get out the Previews Guide and a calculator to answer this rhetorical question. I used the January 2014 Previews as a proxy for the entire year on the assumption that some months will have fewer books and some months will have more but overall it will probably average out. I didn’t include books not in the shared universe and I didn’t include collected editions. 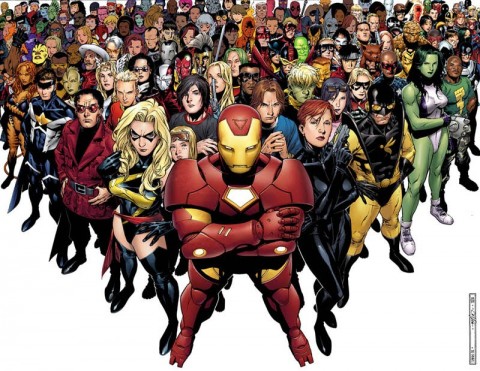 Marvel put out 65 titles at a cost of $254. So it would cost you half of an XBOX One every month if you bought everything. This would come to $3048 per year, but I feel that if you did purchase this much any local comic book shop would probably give you a discount so lets say it would cost you $2540 for the year. That is a lot of cash to lay down in order that you are kept up to date on the entire doings-a-transpiring in the Marvel U.

But wait you say! Marvel must know that this is out of most peoples’ price range so they market a “family” of books. Fair enough. If you are an X-fan you would get to buy 20 books per month at about $79. If you like the Avengers you can look forward to adding 23 titles to your pull list for $90, and if you are frugal I assume you are a Spider-Man fan who, for $21, would only need to buy 5 books per month.

You can see why books are marketed along family lines; an egregiously expensive hobby becomes manageable (although still not cheap) when divided thusly. 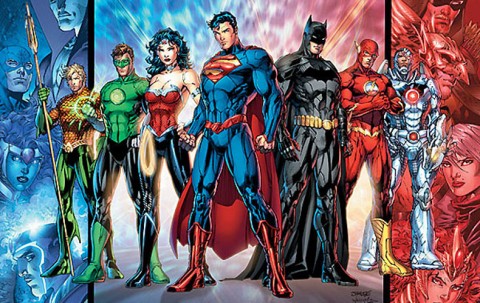 But what about DC? It put out 50 books this month for a total of $150. This would be $1800 per year ($1500 with your discount) and compared to Marvel it seems like a low cost alternative. That extra $1 per book really can add up. However, if you don’t feel like dropping a third of the cost of an iPad every month then you too might want to buy a family of books from DC. Any Bat-fans will need to drop $45 for 15 titles, but if you prefer stories about the Last Son of Krypton you’ll only need to buy 8 books for $24. And the JLA is not the sales juggernaut of the Avengers; it only has 12 titles for $36 per month.

There will be a sweet spot for what the average customer can spend each month on comic books and by promoting a group of characters, or a series of titles about a single character, comic book publishers have a way to maximize sales by implicitly (position in the catalogue, guest stars) or explicitly (cross-overs) suggest that customers should buy X number of titles.

I hear conflicting reports on how much thought and energy goes into marketing analysis, with some saying Marvel and DC have it all planned out and some telling me they are going by the seat of their pants. It does seem likely that either company would like you to buy as much of their product as you are able, and by categorizing books they are able to offer baskets of products to suit any discerning superhero fanboy or girl.

One more piece of perspective for you: if you bought a coffee at Starbucks every day it would cost you about $800 per year so double that for everything DC puts out might not be that crazy after all.