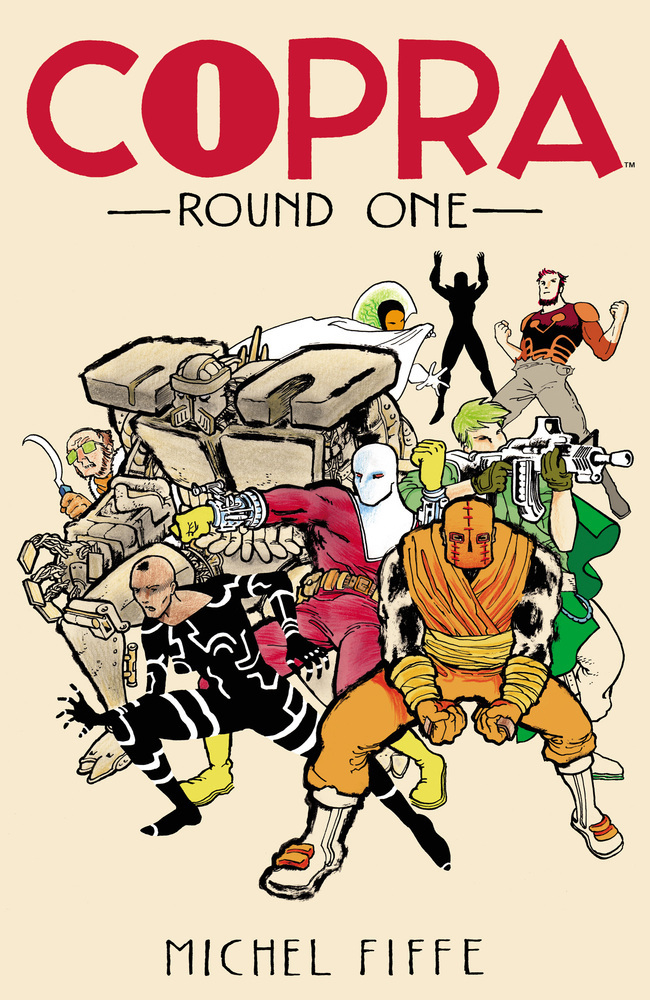 Homage can be very tricky to pull off. In today’s rapid-fire society of internet forums homage for a work is often dismissed as disrespectful or a shadow of a far more celebrated text. Of course, nothing could be further from the truth and actual homage is built upon respect for the source material. Sometimes the homage can be very obvious, and sometimes it is a more oblique reference, but in all cases it is a celebration of an earlier work and not a mockery (which would be parody).

Homage becomes hard because of accusations of thoughtless copying or outright plagiarism, but these accusations don’t take into account the expressed intent of referencing an earlier work and building upon the character types, themes, or visual style. In order to become accepted homage a work needs to become its own thing, to tell its own story, and to find its own audience. Copra does all of these things.

Michel Fiffe’s Copra is a self-published comic that tells the story of a rag-tag group of assassins, criminals, and soldiers who work for a covert government black ops team. The team is betrayed and needs to seek revenge. You’ve heard the story before but everyone loves a good revenge tale.

Fiffe writes, draws, colours, and letters the book himself and issues are sold through Bergen Street Comics in Brookyn NY. The series had very small print runs but quickly found a very loyal following of readers that include Joe Casey, Brian Michael Bendis, and Klaus Janson. Fiffe’s work on Copra got him noticed by Marvel and he currently writes The All New Ultimates (while still working on Copra of course). Critical acclaim has also enabled production of a collected edition (issues 1-6) and this edition will be carried through Diamond.

Copra is homage of the 1987-1992 DC comics series Suicide Squad by John Ostrander, Luke McDonnell, and Karl Kesel. The Suicide Squad is a team of supervillains who work for the government on various dangerous missions. It was one of the most acclaimed series of the late 80’s and was praised for its complex characters, morality, and pathos for (semi) reformed villains. Fiffe creates analogs for many of the Suicide Squad characters (Shade, Captain Boomerang, Deadshot, Amanda Waller) but also includes analogs of Dr. Strange, Clea, and the Punisher. These characters are not copies though, and the familiarity (sometime visual, sometimes not) helps strengthen the text rather than detract from it.

As mentioned above, Copra is a story about revenge. The series begins with the team on an unsanctioned mission that goes horribly wrong: half the team is killed and a town of innocents are murdered in a nuclear explosion. The action is visceral, and immediately sets the tone for the series. 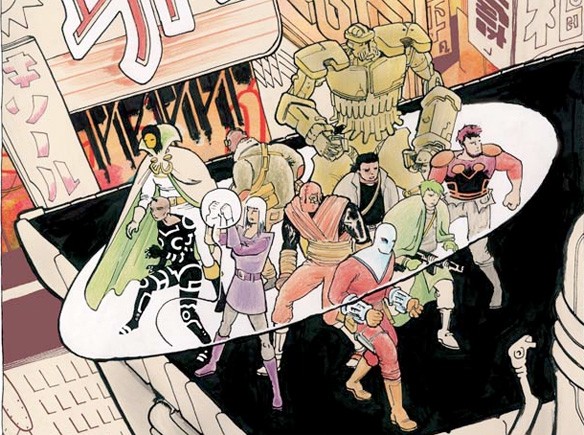 Using the term action-packed seems cliché, but each issue really is packed with action, and writers and artists wanting to read good examples of comic book action sequences would do well to study Copra. Each sequence uses ultra-violence as a part of the storytelling, and not violence and maiming just for the heck of it.

Yet the series isn’t only brutal action, and Fiffe’s strength as a writer is aptly demonstrated in his treatment of the quiet moments. One of the more poignant moments occurs at the beginning of the series when the armour-clad Mir is discussing what he should get his mother for her birthday. These down-time moments humanize these men and women whose job is violence and serves to further juxtapose their personalities with the extreme brutality and constant danger of their job.

Fiffe’s visual style is influenced by Steve Ditko, Frank Millar, and Klaus Janson and would not be considered a superhero house style. This may be jarring for readers at first, but the spindly limbs, ink washed colours, and varied panel layouts create a refreshing set of visuals for a superhero book.

Copra draws you in, makes you care about villains and monsters, and leaves you desperately wanting to know what happens next. This isn’t some rehash of an old stories with ersatz villains. Fiffe creates something new and forges ahead on his own. Copra is completely deserving of its praise, but you don’t need to take my word for it. You can read the first issue for free on Michel Fiffe’s website and decide for yourself.