Hey, Uncle Doc! Dad always said if I got stuck I could give you a scream. Well this is me screaming. You probably heard, Geoff Johns and I are overhauling Superman: New Powers. New Friends. New Enemies. New Surroundings. And New Costume. That’s a lot of pressure. It’s Superman for crying out loud! Can you help a brother (or in this case a godson) out?

You have nothing to worry about, kiddo. Old Uncle Doc will bail you out.

I got together with one of the comic world’s fastest rising artistic stars —Michael “The Mayn Man” Mayne— and we have five options for you, based on the criteria you just listed.

Long-lost Robertson relative, cousin Kal L. Robertson, shows up at West Monroe, Louisiana to pitch in at ‘Duck Commander’. His powers include being able to tell if Uncle Si is awake or not, and having a beard strong enough and dense enough that Phil, Jase, Willie and Jep can all use it as a duck blind…simultaneously. 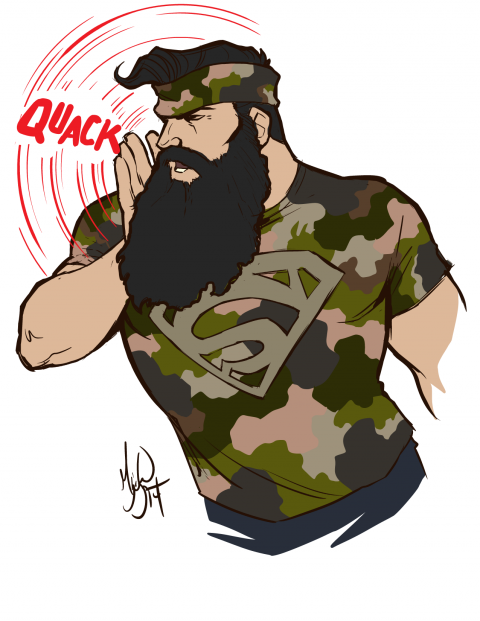 You would never suspect that under that “Clark” name tag was a strange visitor from another planet. With powers and abilities far beyond those of mortal man. Watch in amazement as he consistently puts extra mustard and lettuce on your burger when you specifically asked for them plain. Gasp in surprise as he fails to correctly affix the lid to your large orange drink so it dumps 16 ounces of ice and sticky fluid in your lap. And scratch your head while you try to translate as he apparently speaks Kryptonian on the speaker. 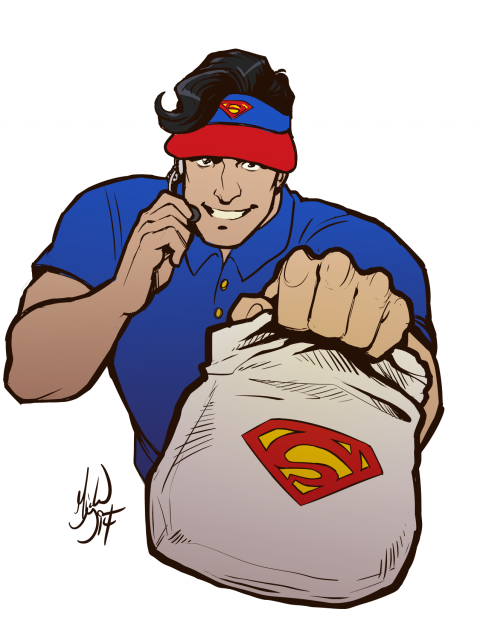 The disease may not be airborne, but he is, as he soars through the skies over the CDC. He can leap out of the back of hermetically-sealed ambulances. Invulnerable to all harm… except for needles which he keeps accidentally sticking himself with. And wait till you see him go on the Today Show with his new best friends: a bunch of other people being kept in a tent against their will. 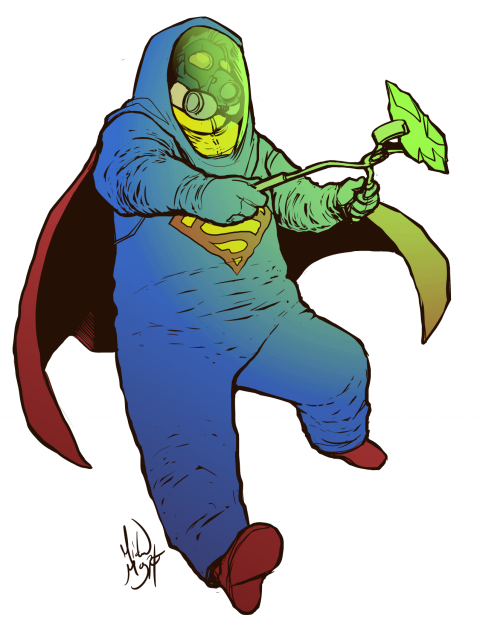 He can bend a chrome stripper pole in his bare hands! Go ahead and make it rain because he’s got plenty of room in that cape for singles. You’ll love the scene when he gathers all the super-villains in one strip club and tells them: “ The law says you cannot flatten a city with an earthquake machine, or disintegrate Metropolis with a giant laser, but I see a lot of lawbreakers up in this house!” 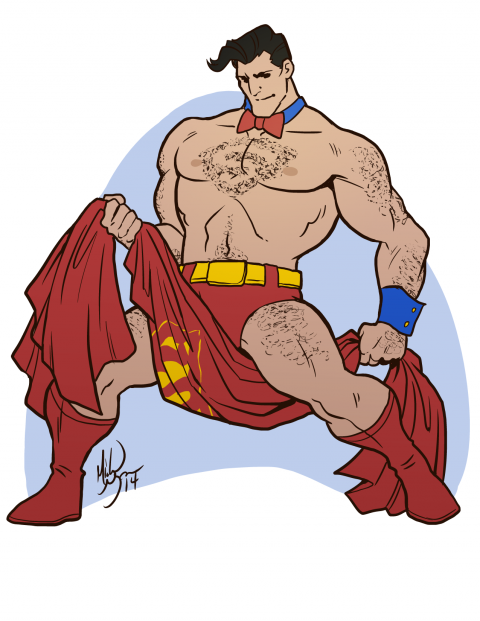 We think this one could become a world-wide phenomenon. He’s a courageous hero. He’s an alien from a dead world. He fights robots and robots and mer-men. He travels through time and space to right wrongs and defend the weak… 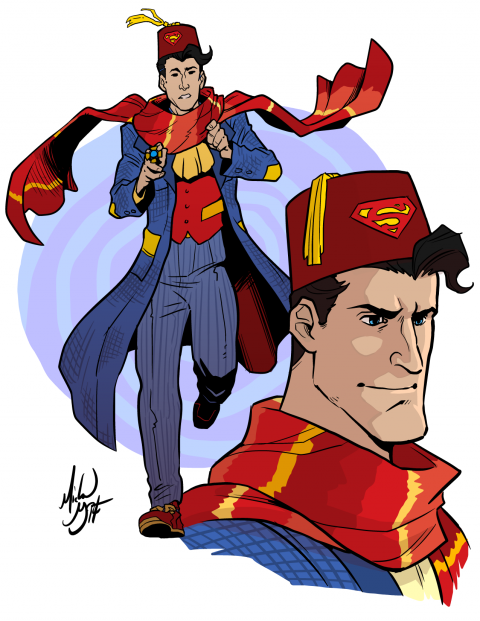