The lady and I moved into our first home of our own (no more land lord HUZAH!) and we went from thinking “Eh, it’s our first place, we’ll stay here, five or ten years” to “Eh, maybe we’ll stay fifteen years” to “I think we should live here until we die.”

But the bright side to all of this is the lady gave me a much larger area for my stuff. The wife was kind enough to allow me to have an area for comics and books and my music.

But here’s my problem.

… and well…er short boxes as well. Four boxes in total. 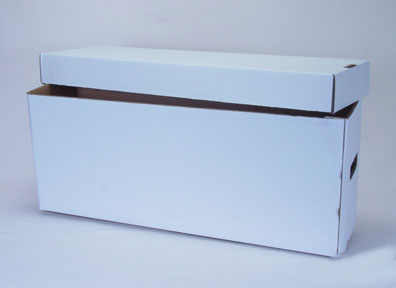 As I’ve stated before, I’m almost done with buying floppies. I’ve limited it down to a few series (currently it’s Buffy, TMNT, Secret Avengers and Spaceman. Spaceman is almost over and I’m giving Secret Avengers two more issues after AvsX to pick up before I drop it) and over the years I have thinned the herd of long boxes and short boxes by selling off and giving away some floppies to make room for the trades.

While long boxes do keep comics straight and are sort of easy to carry, esthetically, they aren’t very pleasing. When you boil it down, they are long, white, cardboard boxes. They look kind of ugly and they don’t fit on shelves very well, or at least not in any way where it makes it easy to slide issues out and read them.

For the most part, my floppy collection doesn’t have any real value to it. A lot of the issues are well read and even if they weren’t read, I think the only things in there of any sort of value would be my copy of Grendel #1 and collectively, my run of X-Force (I have 1 -31 of the original series… I’ve always been tempted to shell out a few bucks to grab the New Mutants issues that lead up to it but have yet to do so). So why should all of these comics sit in a long box, forgotten and untouched?

For shelving, I’m using the standard “Billy” bookcases from Ikea.  We’d like to get something better but honestly, this is our first home, money is going to be tight for a while and the bookshelves aren’t bad. But, I really wanted a way to display my floppies in a way that makes them easy to pick out and read, keeps them in decent shape and easy to organize. And I don’t just want them on the shelves bagged and boarded. Maybe I’m picky, I just don’t like the look of it that way, especially when they’re with the trades.

To the internet I went and I have found…

I was amazed. Given the sheer amount of comic book supplies there are on the market, I have found nothing that really fits the Billy. I found a huge amount of varieties on the basic long box but nothing really meant for standard bookshelves. In fact, the best possible solutions I have found are from a library supply company. These are more for periodicals but they might just do the trick. And it would be easy to organize comics be alphabet and runs. 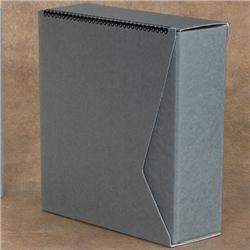 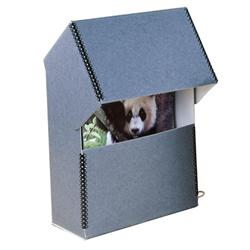 What do you folks think? What’s my best course of action? Please feel free to share your thoughts below.