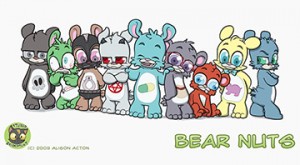 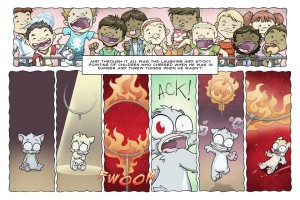 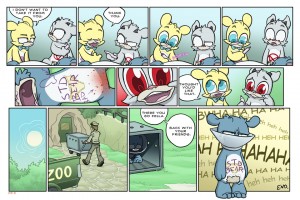 She does longer story arcs about her gang of offbeat bears doing such crazy things as sneaking out of the zoo for drugs, use voodoo on each other, coffee addiction and the occasional credit card fraud. 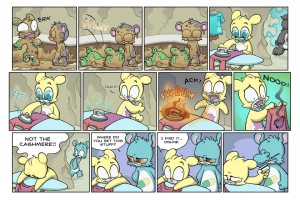 Alison is one of those classically trained animators and boy howdy does it show. This is prime cartoony goodness. Expressions, design, colours, acting, storytelling, it’s all here. I don’t know of anything I can critique. I might even steal her approach to background colours, using coloured lines while the characters have black line art. 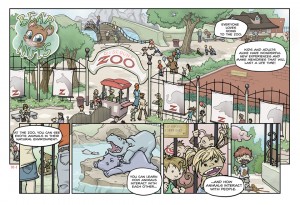 I remember one of the Lethargic comics guys, who had likely worked on the original Care Bears cartoon for Nelvana, doing a little gag about where the Care Bears are now. It was a funny two or three page piece. Bear Nuts takes that, ratchets up the funny and the wrong and puts it out in colour a couple of times a week. 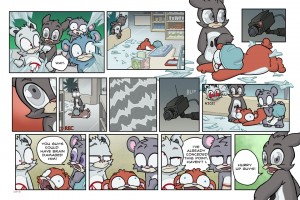 With all the other stuff from the 80’s coming back, My Little Pony, G.I. Joe etc, and a brief attempt to revive the actual Care Bears, Bear Nuts provides a release valve on the wave of cute retro. 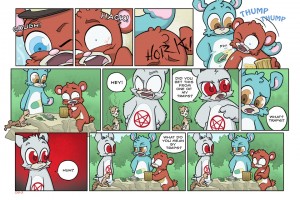