Last week, a rumor made the rounds about a possible Spider-Man/Batman crossover.

This rumor turned out to be false but it got me thinking, what crossovers would I like to see? If I could match up characters and licences from other companies and put together mini-series, what would I put together?

First, the rules. No worries about continuity. All participants must be alive and available to work for one or all of companies involved (no Alan Moore). 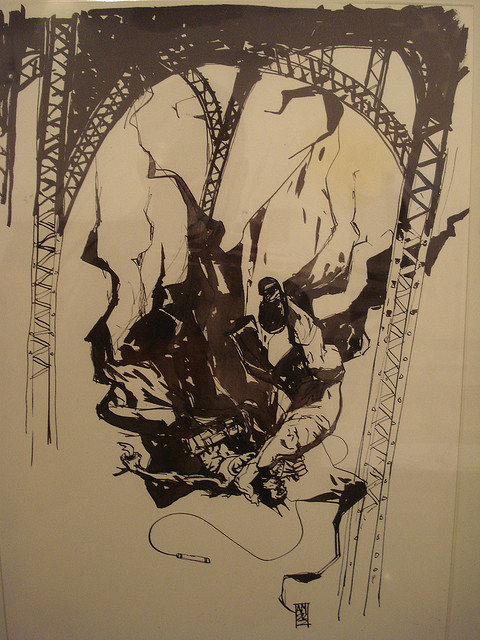 This was rumored at one point and I know Bendis wanted to do it and to be honest I think I’d bring Bendis and Alex Maleev on the book. Sure the book would be a little angst-y compared to the current run on either book but it be worth a look. 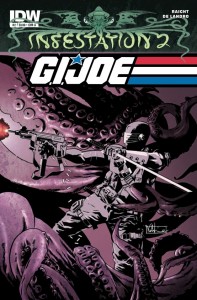 Both properties are in place at IDW and maybe it wouldn’t work but I’m picturing a one shot featuring Snake Eyes and the Turtles. If I were writing it, it’d be a play on the silent issue of Gi Joe but with Michelangelo interrupting. Fun book with lots of kick ass action drawn by GI Joe work horse Valentine DeLandro. As for a writer…er… I’m free. 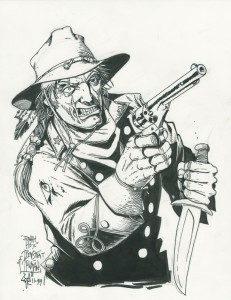 Now granted, Hawken has a lot in common with Hex but I’d love to see Tim Truman team his creation up with the supernatural version of Hex with Joe R. Lansdale penning the script. A weird western on all sides.

The Rocketeer / The Spirit 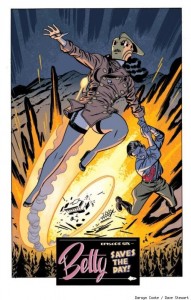 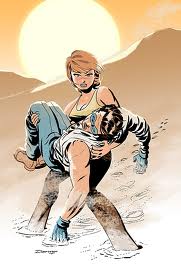 I have no idea how you would match these two up other then the time period lines up but I think if you take the fun tone of both characters, maybe a plot involving Nazi’s and The Spirit hitting on The Rocketeer’s girl, you’ve got something. especially if it’s written and drawn by Darwyn Cooke. Cooke has proven himself with both characters, it’s a natural fit. 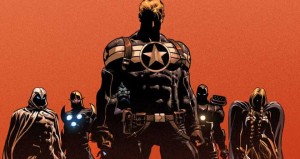 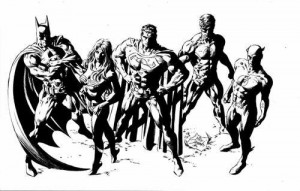 Well aware that we’ve had this before but I’d shake up the creative team a bit. Grant Morrison writing and Mike Deodato on pencils. It may seem like an odd pairing at first but Grant did a solid run on the JLA and Deodato has done some stellar work with the Avengers in various forms as of late but it could also serve as a bit of redemption for the artist as he drew a lot of the characters involved (the Avengers, Wonder Woman, Thor) in the 90’s during his early years with some very unfortunate costumes.

What about you dear readers? Any team ups you’d like to see? And with what creators?