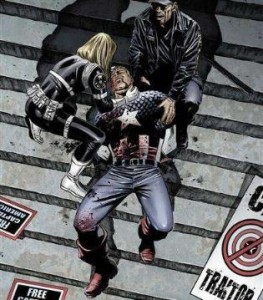 As I’ve previously mentioned on a few occasions, I’m a pretty big fan of pro wrestling.

And as I’ve previously mentioned on those previous occasions, yes, I’m well aware that it’s scripted. I like my stories, OK?

Wrestlemania is upon the horizon (don’t worry, I’m getting to comics, be patient) and it looks like the co-main event is going to be The Undertaker vs Triple H in a streak vs career match. You see, The Undertaker is undefeated at Wrestlemania and he’s putting up that streak against Triple H’s career.

The guys over at Live Audio Wrestling have been talking for quite a while about how retirement stipulations don’t mean anything as many guys “retire” only to turn around and start working again either for their current company or someone else (Ric Flair for instance had a great retirement angle storyline for the WWE…but was wrestling again with another company within a year). We lessen our emotional involvement in the story because we figure it’s going back to the status quo in a few months. Can’t say I disagree with them either. While I think the match will be fairly decent to great, I’m pretty sure Undertaker won’t lose and I’m also sure that Triple H won’t stay completely retired. 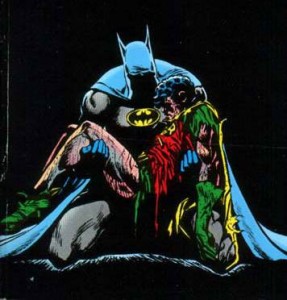 Now what does this have to do with comics?

In my opinion, death has become the retirement stip in the world of superheros.

Now we all know death is not permanent in comics. It used to be that only Uncle Ben, Bucky and Bruce Wayne’s folks were dead for good but Bucky has now been taken off that list. And we all know when a character dies, eventually they will return. When Superman died we knew he was coming back as Thor and Batman. Hell, we knew Batman was coming back from the very end of the comic he died in. But while we knew this, the treatment of their deaths was pretty solid. Thor and Colossus for example, took quite a bit of time to come back. We always knew they would come back but it was the how of the return that was intriguing.

Now Marvel is planning on killing more than a few characters for Fear Itself.

When you make an announcement like this, especially hot off the heels of the death of the Human Torch it does two things. First, you kill the importance of the Human Torch death. We all know he’s coming back when you go a head and mention that there’s a few more coming, it kills that momentum. Secondly, when you just announce that some characters are going to die every quarter it loses some of its urgency and importance. For instance if I knew for certain CM Punk (my favorite wrestler currently working for the WWE) would lose a PPV match every four months, I probably would cease watching them. And while I know he will lose matches (he is a heel after all), I don’t want to know it’s on a strict schedule. 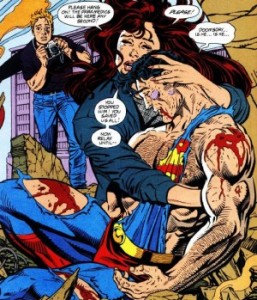 And what about the importance of characters staying dead for a while?

If you are going to kill of characters, at least have them dead for a bit. I think Thor’s return is an example of how to bring a character back the right way. Bucky is an incredibly good example of a character that was not only brought back from the dead but brought back for a purpose and used well. Absence can make the heart grow fonder. For instance, Jean Grey, a character that has died a number of times but at the moment is more or less dead (yes, I know she’s appeared in visions but I don’t think those people who see Jesus in their toast consider that the second coming) has been dead for a few years now and marvel has been slowly building for her return. That kind of slow build makes me want to see the character come back. And I don’t particularly like Jean.

I loved the slow build for the return of Bruce Wayne and we knew he wasn’t dead from the get go. But they way the story took it’s time to play out was the key in making it interesting.

Next week I’ll write about how crime comics are kind of like a Texas death match.