Image United issue 3 is out. Yup, months late and any general interest in the book by those few of us who pined for our nostaliga trip into the Image Universe, has completely dispersed. The saddest part is, this issue seems rushed in the art department. Where the first two issues have a cohesive feel despite the fact they are drawn by a bunch of artists, this new issue doesn’t have the sheen to it. That and the story seems to get weaker by the issue. What made this even harder is I got issue 3 of Secret Avengers. The quality of that book drags Image Untied down even further on the scale.

Evidence on how much the “new” Wonder Woman costume isn’t new mounts… ok, mounts for me at any rate. My girlfriend happens to be a comic fan and also deals with comics at work. So the other day she brought home a few trades including the Wonder Woman trade called The Contest. For those of you who aren’t familiar, it was a storyline where Artemis becomes Wonder Woman and Diana gets a new outfit. Complete with jacket. Take a look for yourself. 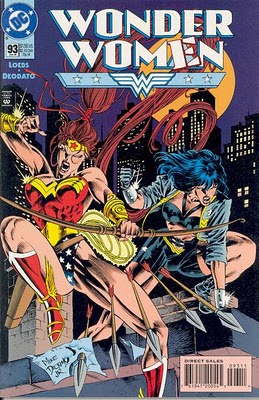 So I guess it’s not unheard of for Wonder Woman to wear a jacket but I still think she raided Superboy’s closet.

Rumors are running rampant that Swamp Thing will end up being the White Lantern at the end of Brightest Day. When I first heard the idea, I thought it was wrong and stupid. But after talking to a few people a lot of the facts clicked in my head. The White Lantern is basically a personification of Earth and Life (Swamp Thing already kind of is). The forest in Star City. The fact that Swamp Thing had a series in the works at Vertigo that was killed while in production (money was spent). Swampy has to make a rather big splash and Brightest Day is the best avenue. Is this a good idea? I’m not sure. I don’t like the idea of Swamp Thing being a straight up superhero but it would be a new take on the character. My real problem is that if this is how Swamp Thing gets reintroduced, he will end up as the White Lantern for a year or two, forgotten about and then placed back into the status quo. Hal Jordan as The Specter anyone? 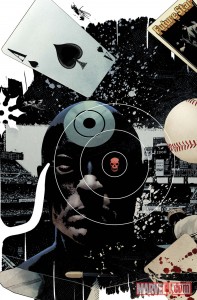 Dark Horse appears to be bringing Angel back into it’s Buffy fold from IDW. Small mention was made in the back of this month’s Buffy: Riley one shot. I hope this goes for the other major Angel cast members like Spike as well. Speaking of which, Joss, if you’re reading, I’d love to have a crack at Spike. I don’t feel too bad for IDW. Angel was a decent book but IDW does have a ton of other good comics going and this loss won’t mean much in the long run.

Going through DC and Marvel’s solicits, not a lot of new stuff grabs me. Nothing at DC jumped out. Marvel had a few. Charlie Huston’s Bullseye mini might be worth a look. Yes, I’m well aware his Deathlok wasn’t awesome but Huston’s Moon Knight was.

A little short this week but I’m prepping for Fan Expo next week. Speaking of which, we’ll talk about that more next week and a little while later I’ll have an interesting 101 edition of some dude named Miller’s Batman work.