I am dying to play the new Scott Pilgrim video game. Unfortunately I am an Xbox 360 owner (my tag is BCGrendel316 if you ever want to murder me in Halo) so I’ve got to wait a few weeks until it comes out for my system. In the case of Scott Pilgrim, a video game is just meant to be. The video game references in the comic combined with the comics overall narrative is perfect for a video game.

So this got me to thinking, what other comics are ripe for video game picking? You might be surprised at some of my ideas.

Yes, I’m well aware that Superman has had a number of video games but not many of them have been any good. I also think a lot of the Marvel characters could use a look into. Captain America and the Avengers for instance.

This will probably surprise a lot of people but I honestly think for the gaming populous, you could make a Planetary game that could bring people to the comic. Make the game in the style of Alan Wake or Heavy Rain with emphasis on the story as opposed to battles. But the action sequences are what would really make the game awesome.

It would be a black screen and you play by hearing.

Seriously though, the character does have a lot of legs despite the fact there was a video game planned and then dropped. Especially if you set it during things like Born Again or Bendis’s run.

Maybe this comes out of my desperation to get more of this awesome comic but think about it. Unique spy sort of setting. Unique stories and some really kick ass action. It would be kind of a Splinter Cell meets awesome fighting game type game.

For some reason I really think it should play very similar to Earthworm Jim.

The reverse could also be said for video game comics books.

Gears of War and Halo have both proved that you can do a tie in comic book and do it very well. So what video games could make good comics? 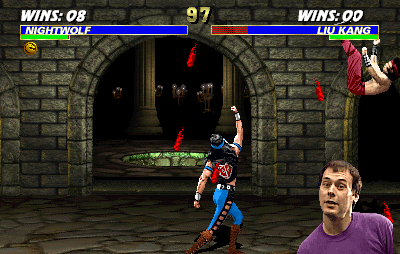 I think taking the complex mythology from the games and following one or two characters for a mini series could be very interesting. The nice thing about a game like Mortal Kombat is that much like GI Joe or Street Fighter, you have a ton of characters to play with. 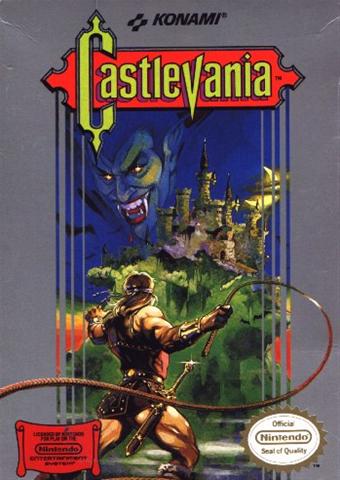 With a good writer and artist on this, you could make a real interesting comic and since the game is generational with it’s characters there is plenty of room for new stories and expansion. Start with how the Belmonts got stuck in this vampire hunting business to begin with and work your way from there. 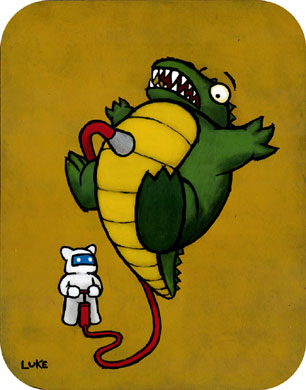 A man. A bunch of creatures. A bicycle pump.

And for those of you out who play video games and think Grand Theft Auto should be on my list, pick up Brubaker’s Criminal. It’s close in tone…and better written.