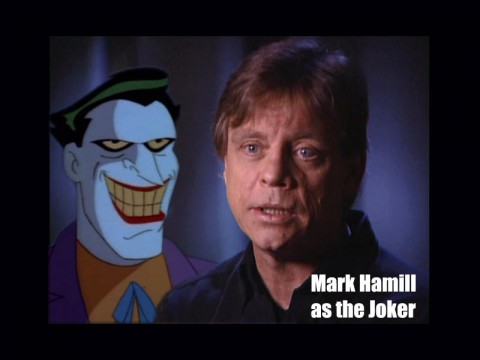 I had a whole column planned out and then this got pointed out to me and I had to change gears.

Mark Hamill’s Joker is no more.

Or at least that’s what he says via twitter this morning. It isn’t entirely unexpected. Mark did say last year that Arkham City would be his last round for the clown prince of crime.

Arkham City hit shelves this week. The sequel to the best Batman game ever (or at least tied for first… I really enjoy Lego Batman… shut up) marks what Hamill says is his last appearance as The Joker. Mark feels it’s time to move on to his new passion, directing.

While I understand his desire to move on to other projects, I must admit that I’m going to miss him. We’ve had his Joker for twenty years now, it’ll be a little odd without him.

The Joker has been portrayed by a number of notable actors and voice over artists over the years; Cesar Romero in the original Batman tv show, Jack Nicholson in the Tim Burton Batman and most recently Heath Ledger in The Dark Knight but for me, Mark Hamill has been the best representation of the Joker ever.

I think what has always sold me on Hamill’s performance is he has the perfect mix of mirth and menace. One minute it’s bad jokes and the next you know there is a direct threat in his tone alone. Hamill is the only one who really seems to get it in his performance. Not only that, Hamill has managed to use the same voice while changing gears for the character. The Joker in the animated series was pretty scary but due to the intended audience, he never actually killed anyone. The Joker in the Arkham games however most certainly has murdered people.  It’s essentially the same performance but Hamill has figured out where to make the tweaks to make it work for both versions. Granted, the writing helps but words on a page can be transformed into very different things by the actor.

I’ve often felt that’s the problem with many of the various comic book versions of the Joker. A lot of writers don’t get how to do the character justice. He’s a clown that will murder a whole city just for what he thinks will be a laugh. Not the easiest of characters to nail.

But if you really want to get that voice down, these writers should pop in any season of Batman the Animated Series.

It’s well worth it.