Okay, Fan Expo has me kind of tapping out this week.  Between that and some pending interview requests, this week’s column is a good chunk of reviews, starting with something a little different. 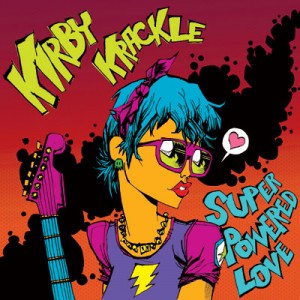 As has been well established, my other area of severe geekdom is music. Kirby Krackle hail from Seattle. Jim Demonakos and Kyle Stevens make up this duo that manages to bring together my love of comics and my love of music together in one nice musical package.

DO NOT DISMISS THEM AS A NOVELTY ACT.

While many of Krackle’s songs tend to have comic book references in them they are solid as a rock band goes. Super Powered Love is their third full length album and this time the boys have taken their music into a slightly funkier place while still holding the sounds they developed in their two previous albums. Super Powered Love is probably the closest to a geek rock boogie album you will ever get; you just feel like moving during a great many of the tracks like the album’s stand out song, “Booty Do Math”, which is somewhere in between a R. Kelly jam and a rocker from Sugar. If there is a stripper out there with a Librarian gimmick, this song would go great with the costume for any stage show.

Other solid tracks include “Then again, maybe not” and “Nerd Money”.

The other thing Kirby Krackle do very well is defy comparisons. If I had to describe them using another band it would probably be Barenaked Ladies (circa Born on a Pirate Ship) but that would really be doing the music a disservice. A whole whack of fun. A good chunk of rock, a little bit of pop, a little bit of boogie and a whole lot of heart, Super Powered Love makes me very interested in hearing the next album already… in part to my girlfriend absconding with the current one.

Go visit them here and check out the below youtube video of “Nerd Money”.

And if you liked that, my good friends at Geek Hard should be adding footage of KK’s appearance at The Questys very soon. 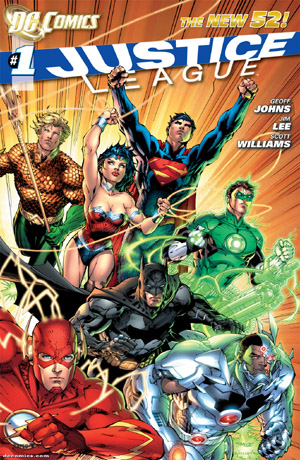 I read it, haven’t bought it, might in pick up the trade. As regular readers will know, I’m not a huge fan of Geoff Johns work. That’s not to say that it’s bad, it’s just that nothing he’s done has ever really stuck with me.  For instance, I was talking to Pete DeCourcy a week or two ago and I brought up “Johns never worked for Marvel did he?” and Pete reminded me that he did a run on Avengers, two years worth to be precise. I thought about it, I know I’ve read it but I couldn’t tell you a thing about it.

I think Justice League #1 is the first comic Johns has done where he really caught my attention for more than five minutes.  I’ll try not to spoil anything but I must say I did laugh out loud at Green Lantern’s realization of what Batman is. 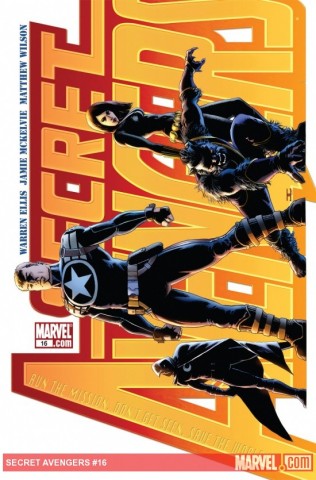 I had to slug it out with three issues of not so great Fear Itself tie-in material (maybe it works in terms of the over all Fear Itself storyline but by themselves these issues were just okay) but for my efforts I get Warren Ellis, the severely under-rated Jaime McKelvie and a John Cassaday cover! It’s like Christmas!

I understand that Ellis and McKelvie are only on for six issues but I honestly hope it’s for a long while. McKelvie’s pages alone are worth picking up the issue for; there’s a two page splash of Moon Knight gliding over an abandoned city that is just spectacular and nothing really is happening in it; Moon Knight isn’t being shot at, he isn’t tracking anything, in these two pages all he is doing is gliding. 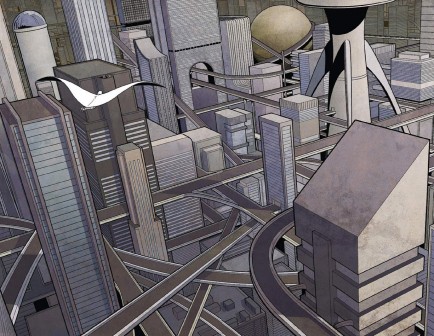 If you’ve been thinking about picking up Secret Avengers, this is a perfect spot to do it.