Somewhere, James Stokoe is hiding under a pile of old Garbage Pail Kids trading cards, M.U.S.C.L.E. figurines and Modulok action figures (hopefully with missing parts like the one I had) and making some of the most interesting comics on shelves today. He’s about to have a turn on the Avengers 100th Anniversary one-shot, and has contributed to Brandon Graham’s breakout run on Prophet. He’s hopefully best known for his own Orc Stain and Wonton Soup series, but today I’m discussing his turn on another licensed title: Godzilla.

About the same time I was assembling my Modulok into something obscene, I also had access to late-night cable television, where Godzilla and Mothra and all the other Toho kaiju demolished city after city while tiny humans stood to the side and made oddly compelling observations followed by extraordinarily stupid decisions. As soon as I found out that Stokoe was writing and drawing a limited series starring Godzilla and friends, I knew it’d be something worth reading. Unfortunately, I must have immediately forgotten that, and then ignored it again when the trade paperback was released earlier this year. But that book finally found its way into my hands, and it was just as compelling as I’d hoped.

Stokoe’s detailed linework and oddball gradient coloring style are both remarkably refreshing and at the same time hearken back to an art style I can’t quite put my finger on. Stokoe should have been designing action figure box art in the 80s and 90s, perhaps?

The story of Half-Century War is ambitious. In it, Stokoe attempts to assemble 50 years of barely-comprehensible Toho monster movies into a narrative with a single central human character, Lieutenant Ota Murakami. Ota was there when Godzilla first made landfall in Tokyo in 1954, and is able to not only survive with his fellow tank-driver Kentaro, but also lure the beast away from fleeing civilians. Ota is then recruited into the Anti Megalosaurus Force, or A.M.F., and spends the next 50 years trying new invention after new technique to destroy, contain or even just get Godzilla’s attention. In doing so, Ota develops a kind of bond with the beast; Godzilla is beautiful in his terrible way, and their fates are inextricably linked throughout the book.

The problem with Godzilla in the West is that we tend want to make him into just a big animal. But in his origins in the Toho universe, he arrives in terrible, godlike majesty, indestructible, and inextricably linked to humanity’s bringing about of the atomic age. Godzilla is the god of the atom, a consequence of humanity’s hubris. From another point of view, illucidated brilliantly by Stokoe in Half-Century War, Godzilla and the other Toho kaiju are nature’s vengeance on mankind. Godzilla is an irradiated hurricane on two legs.

Other than Stokoe’s take, I’ve only read the Godzilla books with Eric Powell’s name on the front, but if IDW was looking for a way to get me to read more, they found it.

On a side note, I first discovered Stokoe’s work through Orc Stain, in which Stokoe lets loose his, er, phallus fetish. I can’t be the only one who scoured the pages of Half-Century War for anything that resembled a dong. Now I just need to get my hands on that new Wonton Soup omnibus… 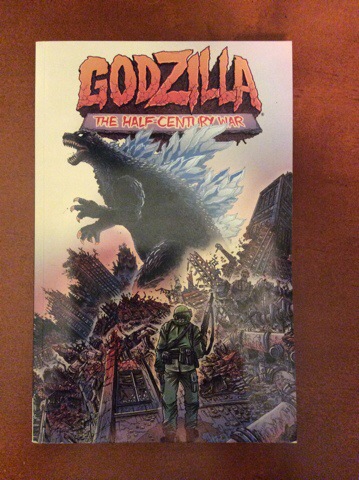 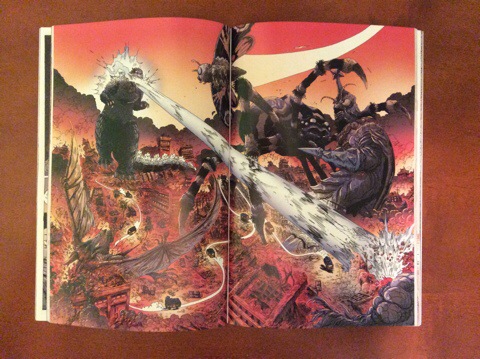 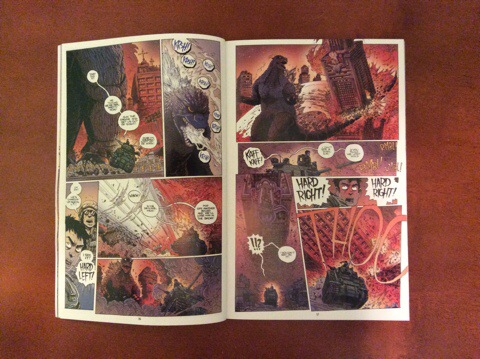 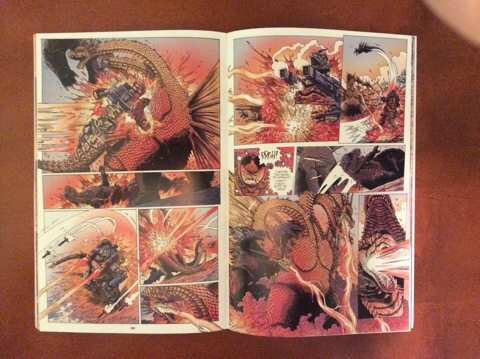 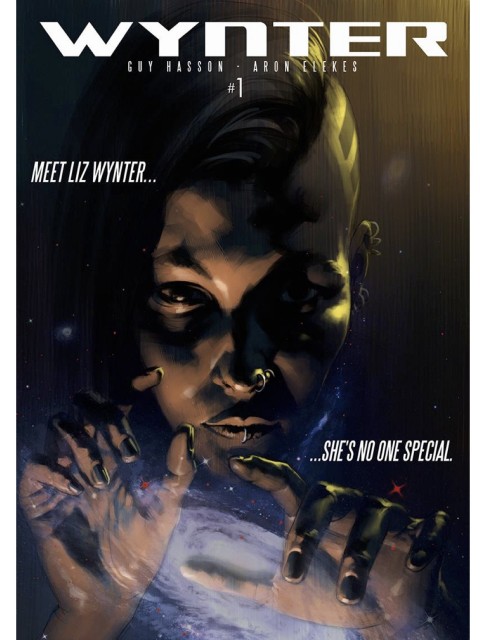