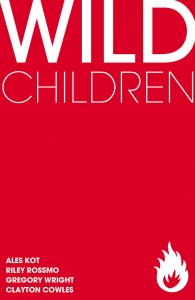 Much like its protagonists, WILD CHILDREN is a book that desperately wants to mean something. Writer Ales Kot here crafts a wicked and engrossing story of pretentious suicide by cop, illustrated with palpable restraint by master-in-the-making Riley Rossmo.

A handful of Überland High School students plan a daring, armed takeover of the building, with the goal of educating their teachers directly (because they love them) and the whole world via webcam (because they can, I guess). The lesson is murky at best. Something about reality and enlightenment. The teens speak in mixed metaphors and philosophy jargon (“It’s all a game. The text is attached to invade fate.”). Kot attempts to provide a syllabus with footnotes, offering search keywords, expecting his audience to have the Internet within reach. 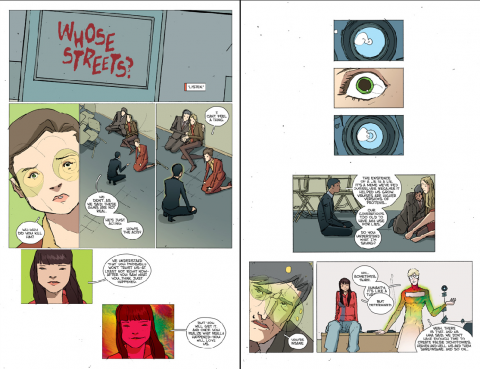 These self-labeled Wild Children spend the majority of their occupation complaining about how they’ve been lied to, and how the truth is not equally divided, and how they’ve come to realize important stuff about the nature of the universe and how cool smoking is. They lash out at the institution they believe most detrimental to the truth: the education system. The book’s epigraph includes a quotation famously attributed to Mark Twain: “I have never let my schooling interfere with my education.” The Wild Children have perhaps misinterpreted Twain’s meaning.

In the end, the Wild Children’s own occupation was theater. They created a fiction that they passed off as reality, and they expected and received a fatal response. I sincerely hope Kot did not intend the reader to view these kids as martyrs for enlightenment, but it’s hard to be sure. Maybe that is the point. 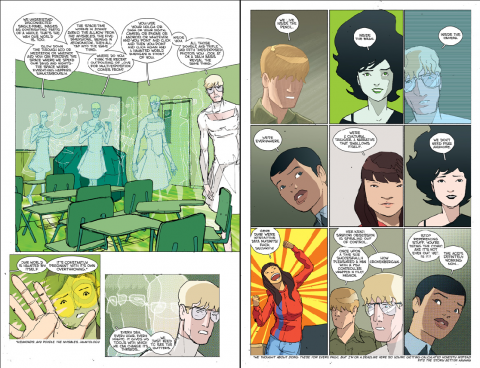 More than anything, WILD CHILDREN scratches that itch that we all had as teens to simply describe our existence and have others acknowledge it. It feels good to know things about the universe with the certainty of youth.

Rossmo must have had a blast drawing these pages. There’s paneling trickery, fourth-wall breaking and style variations as the narrative calls for them. Colorist Gregory Wright joins the fun with odd bleeds and medium-aware color distortions. Fans of Rossmo’s recent work in GREEN WAKE and REBEL BLOOD may wonder where his inky, off-the-cuff style is. While he certainly keeps his maniacal linework corked for the most part, it sneaks in on occasion to excellent effect in this more cerebral book — although, sadly, his excellent zipatone skills do not make an appearance. 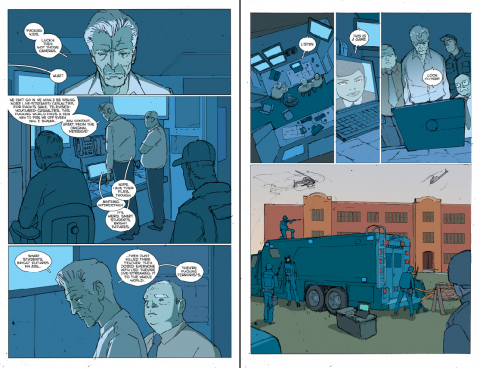 WILD CHILDREN makes a lot of cultural references, and then makes fun of itself for doing so. These moments of self-awareness are the highlight of the book, and it could use more of them. Unfortunately the Wild Children come across more as charlatans than mystics, and their fate should come as no surprise to any reader who pays attention to the news. Although it sometimes feels good to see things in black and white, a sure sign of maturity is acknowledging the gray areas.

By the end, I was reminded of another Twain quotation: “Education: the path from cocky ignorance to miserable uncertainty.”