Days of Future Past trailer reason enough for excitement 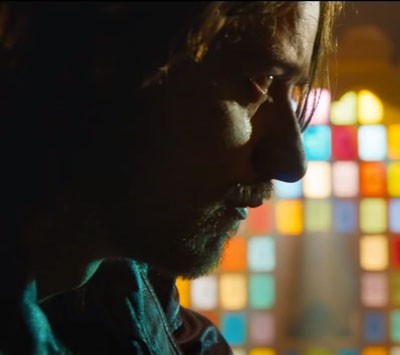 ‘Days of Future Past’ will feature a meeting of the minds

Let’s chat about the faithfulness of comic book films to their source material. While I have been a stickler for continuity in the past, specifically with actual print/digital comics, I’ve been fairly lenient with film conversions save for situations like X-Men 3 and X-Men Origins: Wolverine–I counted more continuity gaffes in the opening 20 minutes of X-3 than I care to remember.

Comic book films are tricky, especially given the particularism of comic book fans when it comes to their favourite comic book characters. When making a comic book film, there are two extremes filmmakers need to balance: being too faithful to the story, and straying too far away from the foundation of what made the story worth telling in the first place. A very notable case is Watchmen, which is perhaps the most faithful adaptation ever made, but it suffers because it feels like you’re watching the graphic novel in full motion panel by panel. When you stray too far away from sensible storytelling you end up an endless stream of bad to below average movies ranging from the aforementioned X-Men Origins: Wolverine and Spider-Man 3 to the horrific League of Extraordinary Gentlemen.

Comic book films need that proper balance between paying homage to the source material while not being beholden to it. Movies like Avengers, Christopher Nolan’s Batman trilogy or even X-Men First Class were critically successful because they found a balance between understanding the core of the characters and coherent storytelling in the cinematic world. Avengers gave us unbridled superheroism and inspiration. In a weird way, Nolan’s Dark Knight trilogy gave us hope, self-sacrifice and dedication all in the heart of one man, while X-Men First Class introduced greater audiences to the unbreakable bond between two friends opposite in every way except for their unwavering loyalty to each other. It’s those hallmarks that are necessary, that human element that we need as an audience to hook into the meat of the story.

Xavier convinces Wolverine that he needs to go back in time to halt the war.

This week Fox released the first trailer for X-Men Days of Future Past, the latest X-Men film that will unite most of the cast from the original three films with the returning cast members from First Class. Loosely based off the popular storyline of the same name, the film finds the elder X-Men living in a post-apocalyptic world well into the future amid a war they are clearly losing. In response, if we follow the trailer, Wolverine is sent into the future (his consciousness anyway it seems). There he is charged with helping a young Xavier find his way again in hopes of changing the course of his own very violent and repressive future.

The trailer itself is ripe with the necessary things we’ve come expect from the X-Men film franchise, but the entire film and the journey of the characters is summed up perfectly in that one line from Patrick Stewart’s Xavier to James McAvoy’s:

“Please. We need you to hope again.”

Hope. The emotion in and of itself is so simple, yet very fragile. What happens when you lose it? In the context of this universe populated by mutants fighting for their very right to live, what happens when the beacon of your hope, a wise and gentle man in a wheel chair, is a souring, angry young man that has stumbled in the face of adversity and lost his way? McAvoy’s journey back to the inspiring figure that Xavier is will be what defines this movie in the end. It’s a journey worth watching, because the arc is what the rest of the film’s characters will rally around. To whatever degree the rest of story remains true to the source material, the humanity behind the characters is what’s going to make us care about the story itself, not how true it was or who the focus of the movie is as Brett White from CBR pointed out. Bryan Singer and his team potentially have something special on their hands with these characters and this story. And that’s reason enough to be excited.

Campaign of the Week: ‘The Vagabond’