Outsider is going straight into the ‘when is this going to be finished so I can buy the book’ category. Especially if they do a bit of tweaking to make the art consistent throughout. 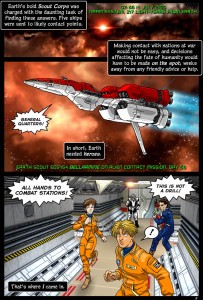 The story is familiar, Humanity begins space exploration and discovers a big busy universe caught up in war. In the middle of this war between the Big Bug Umiak and Big Hair Elf Loroi, humans make first contact with the neutral Orgus, whose planet has been devastated. Neutral is not an option and Earth must choose a side. 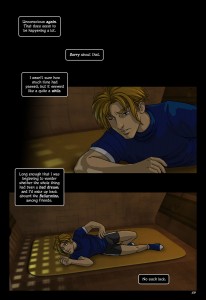 Enter our protagonist, Alexander Jardin, Ensign second-class. He’s aboard a scout ship that literally gets caught in the crossfire. Alex is our fish out of water star and we get to experience all the strangeness of encountering aliens and warring factions through his young eyes. And lucky Jardin, he gets an immediate promotion to Captain and Emissary for humanity. 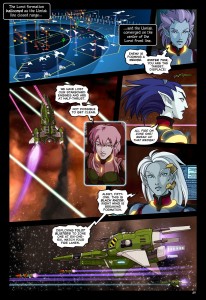 The story looks to be a great big sprawling epic. Jim Francis cites all sorts of space epics, both Japanese and otherwise as inspiration. Unfortunately it’s on an irregular update schedule so I’ll be waiting a while for that complete book. 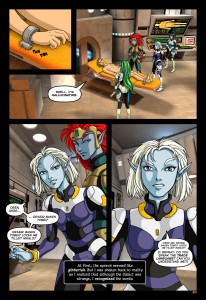 Now look at the art. No really, have a good look. Cause by and large, WOW! If this comic had existed when I was a kid it would have challenged Robotech and Starblazers for my attention. The character work is really well done, and the ships and settings are incredible. It looks like stills from a cartoon. 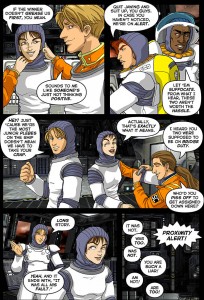 There are some little annoyances that could easily be fixed for a final product. In some cases, CG ships are used instead of drawn ships. It may be that the drawn ships were drawn over similar CG models and if they were done consistently, problem solved.

If you look really hard at times, there can be small anatomy or composition issues, or line work that’s a little shaky, but they are hidden well with the overall high level of polish on every page. The hard shaded colouring is great. 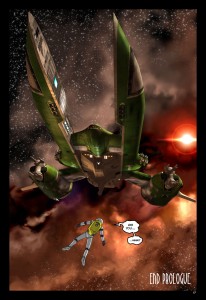 There were also a few minor lettering issues early on, again, easy to fix and a common enough problem. 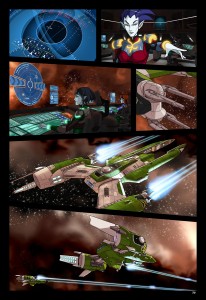 Jim Francis has a really strong work on his hands and I really hope he sees it through. I’ve got a spot waiting on my shelf.