Powernap hits you over the head the minute you see it. I mean, seriously, look at this: 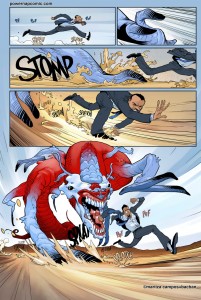 Could you see that and not click on the next button?

So Powernap is the new work from Maritza Campos and Bachan. Both have other web comics work previous to Powernap, Maritza’s College Roomies From Hell has been running since 1999. No, you didn’t read that wrong. Bachan is Spanish and has been producing web comics, specifically Vinny for a few years and is now translating them to English. 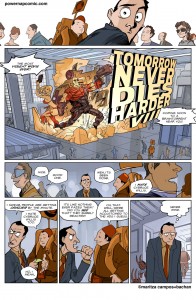 But it’s the combo of the two that has produced this wild new comic. And wild it is. A Sci-Fi comedy adventure that pokes fun at everything; marketing, pop culture, coffee addiction, office life, and conspiracies. 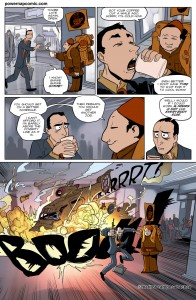 Drew Spencer is a rarity, he needs sleep. Everybody else takes the wonderful Z-Sups which allows them to stay up and work 16 glorious hours. Drew can’t, he’s allergic. Suffice is to say Drew has some challenges at work, not to mention in his private life. 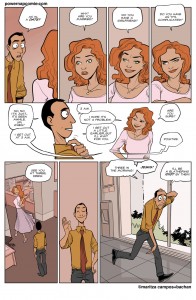 Oh yeah, and he’s starting to see things. Or maybe he’s seeing the reality and everyone else is wandering around in a waking dream. 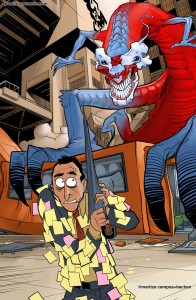 So, basically what I’m trying to say is it’s like a comic version of Terry Gilliam’s Brazil or The Matrix. Only not crap. 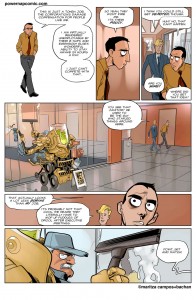 And the art, well, LOOK AT IT! Do I really need to say anything about the art other than each page makes me feel unworthy?

It’s still just getting going, so jump in now, you won’t even have to stay up late to get caught up. 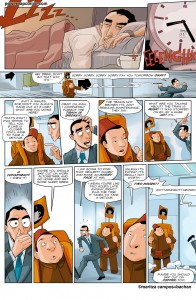 But maybe grab a coffee. 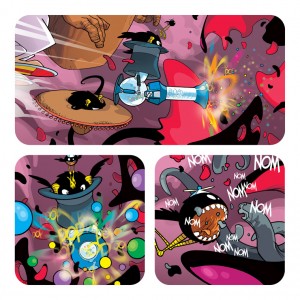 And if that’s not enough fantastical adventure with gorgeous art, make sure to check out Ramón Pérez’s Kukuburi.