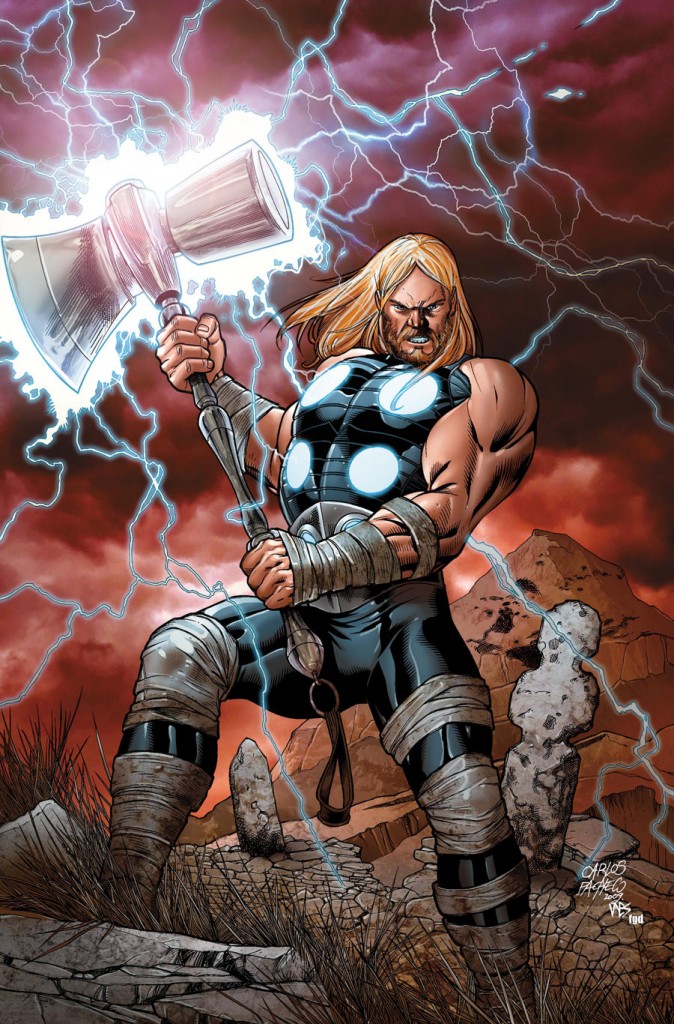 The recent Comic Con announcement that rising talent Jonathan Hickman will be penning a Ultimate Thor miniseries with all-star artist Carlos Pacheco has got my mind going a million miles an hour.

Hickman (who’s never met a high concept that he couldn’t spin into gold) is going to populate Ultimate Asgard and give us a good hard look at what makes Ultimate Thor tick. Mark Millar and Bryan Hitch first introduce the Ult. Thor character in March of 2002 within the pages of “Ultimates” #4. While the Ultimate incarnation of Thor was still a powerful hammer-wielding hero, he was more concerned with social activism and drinking than the Thor we were used to. There was also some doubt as to whether or not he was actually a god or a deranged human being with a messiah complex. Thor’s divinity was later confirmed in the final issues of “Ultimates 2,” after which Jeph Loeb inexplicably brought the Ultimate version’s actions and appearance more similar to the Marvel Universe Thor.

You can check out a great interview where Hickman explains his plans with Thor over at Comic Book Resources, but in the meantime check out some of Pacheco’s redesigns of classic Asgardians such as The Warriors Three, Odin and Heimdall.